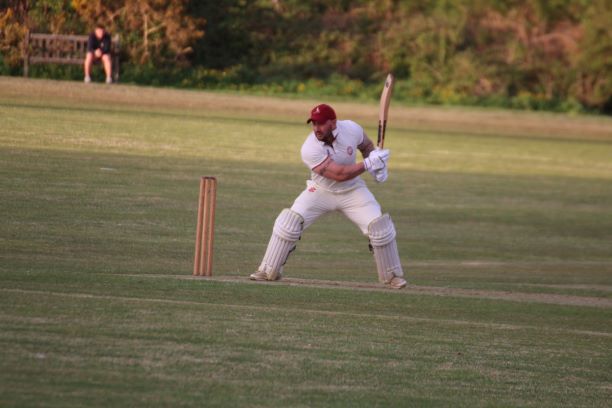 WITH other Division 1 games being abandoned, Cresselly took full advantage to close the gap to the top two in the table.

They beat St Ishmaels by 86 runs on Saturday (Jun 5) with Dan Sutton scoring an unbeaten century in Cresselly’s score of 237-7.

However, it was Tish who began brightly with Harry Nicholas running out Phil Williams and Matthew Morgan was then caught by Jack Nicholas off the bowling of Brennan Devonald.

Ieuan Hawkins then trapped Iwan Izzard leg before before bowling Alex Bayley with the very next ball.

Simon Cole survived the hat-trick ball before he and Dan Sutton shared a game changing partnership.

Cresselly had slipped to 57-4 but Cole and Sutton’s fifth wicket stand of 94 put the visitors in control of the game.

Cole hit three fours in his score of 41 but the partnership came to an end when he was trapped leg before by Harry Nicholas.

Dan James added 10 to the score before he also fell to Nicholas as Tish reduced Cresselly to 183-6.

Sutton and Ryan Lewis shared a stand of 37 to take the score past 200.

Lewis hit two fours in a score of 26 from 21 balls but he was then caught by Peter Thomas off the bowling of Jordan Milich.

Sutton had reached 99 and he wasted little time in reaching his century before going on to finish unbeaten on 116 with fifteen fours.

It meant Tish would need 238 to win but they soon found themselves struggling on 46-3.

Brennan Devonald hit four fours in a score of 21 but he was next to go as he caught by Arthur off the bowling of Lewis.

Jordan Milich and Philip Cockburn shared 35 runs for the fourth wicket but Dan James claimed his first wicket of the day when Milich edged the ball to Jamie Goldsworthy.

Jack Nicholas scored 14 but he was then bowled by Simon Cole and James Hall was then run out as Tish wickets began to fall.

James then picked up the wicket of Iuean Hawkins before Alex Bayley had Peter Thomas stumped by Goldsworthy.

The game was brought to a close when Arthur had Michael Cockburn caught by Simon Cole.

Andrew Pawlett was left unbeaten on 12 but Tish were bowled out for 151.