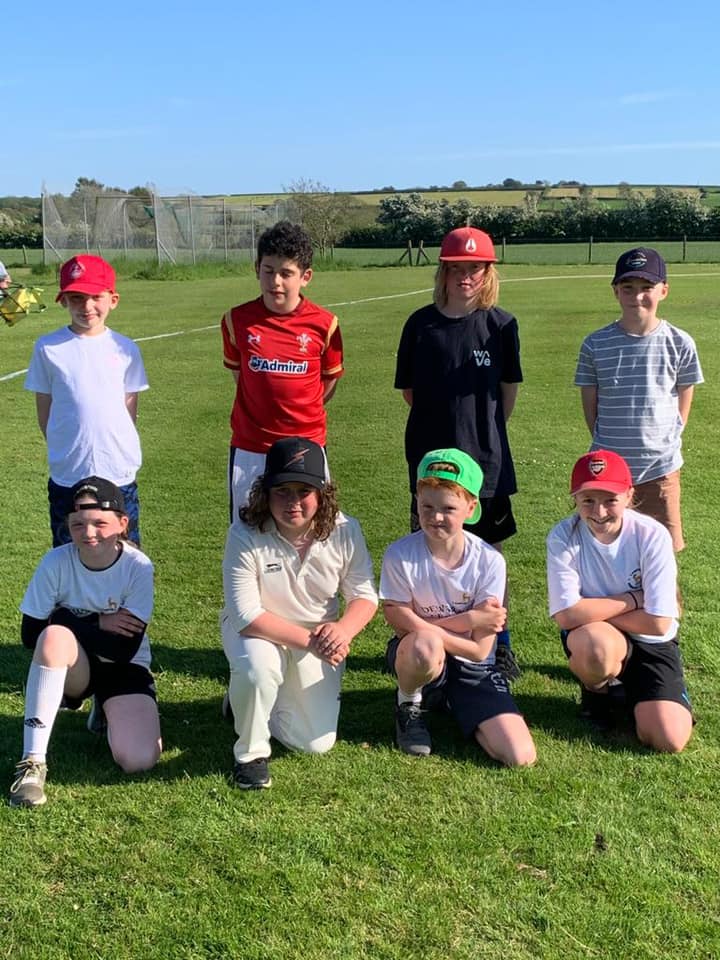 LAMPHEY’s Under 11 side picked up a win in their first league game last week as they beat the joint team of Stackpole, Hundleton and Bosherston in a closely thought game.

For Stackpole, Ossian Ridgeway scored 11, Louis Dodson added 10 and there were scores of 8 from Ollie Frearson and 6 from Summer Russant.

Abdulla Bhatti scored 13 and finished with figures of 2-6 while Evan Clark took 2-14.

Harry Wilson and Caydyn Mcguire each made scores of 11 while Morgan Britton took 2-14.

Saundersfoot beat Cresselly as they scored 294-1 before restricting their opponents to 260-7.

Olly Badham top scored with 26 and he also claimed excellent figures of 3-4.

Ieuan Prout scored 22 and Griff Jenkins added 14. Phoenix Phillips scored 10 and took 1-18 while there was also a score of 10 from Archie Noyce.

The under 11s season got underway on a lovely evening at Cresselly with Olly Cook winning the toss for Saundersfoot and electing to bat.

Pick of the bowlers for Cresselly included Phoenix Phillips 1-18 off 2, Griff Jenkins 0-4 off 2 Archie Noyce and Callum Prater 0-8 and Ellin Rdwards 0-9.

In reply Cresselly batted really well and were able to keep with the run rate – Griff (14) and Phoenix (10) set the tone however it was Ieuan Prout (22) which included 2 x 6s and 2 x 4s which really set the pace.

Ably supported by Archie Noyce (10) Cresselly found themselves well above the run rate at the halfway Mark. However, saundersfoot managed to take a late glut of wickets and this brought the run rate down rapidly.

Dylan Taylor along with Elin tried their best but Callum and Corrin who played some nice shots, found it tough going against 2 bowlers who regularly open the bowling for Cricket Wales West.

Zach and Ethan whilst not on the official scorecard, also batted really positively and ran extremely well between the wickets. Both hit boundaries to end the innings nicely.

In the Under 13s league, Neyland beat Haverfordwest.

Neyland scored 80-1 after earlier bowling Haverfordwest out for 78

Korey Arran retired on a score of 28 and later took two wickets for figures of 2-18.

Corey Riley also retired on 28 before also going on to finish with figures of 2-5.

Ashleigh Watkins took 2-8 while Evan Roberts was not out on 3 and also took 1-15.

Jack scored 19, Freddie scored 12, Finlay added 8 while Harry finished not out on 8 and Sidak finished with figures of 1-6.