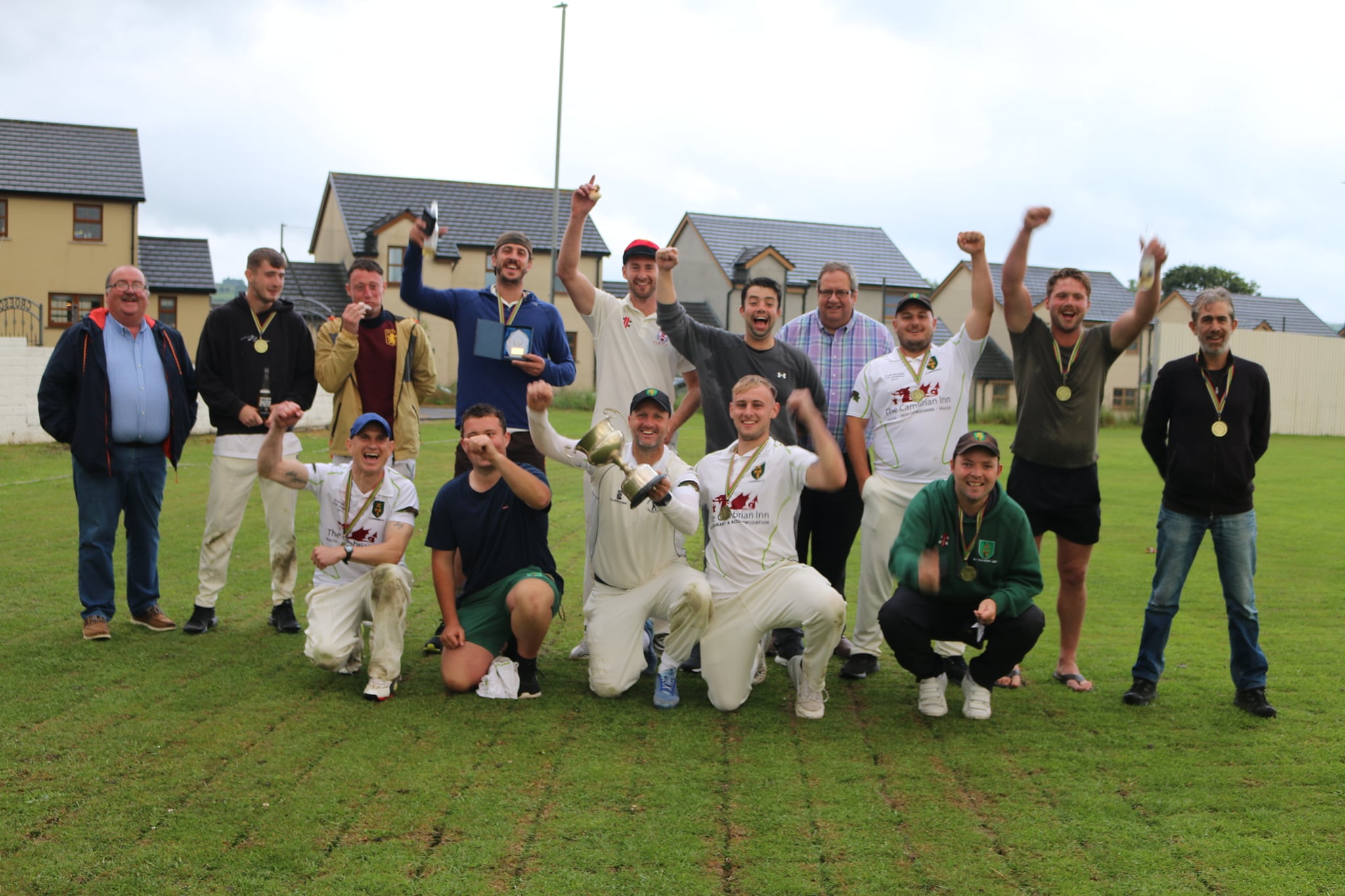 LLANRHIAN made it a hat trick of Alan Brown Cup wins as they beat Stackpole by five wickets in the final on Sunday (July 4).

The game was played at Whitland Cricket Club and the weather also played its part throughout the day.

The start was delayed because of earlier rain before the sides were forced off at the start of Llanrhian’s first innings.

Bright sunshine replaced the rain late in the afternoon before the game was completed in pouring rain with Llanrhian close to reaching their target.

Stackpole won the toss and chose to bat first but they lost both openers early on for ducks.

Lewys Gibby and James Adie got their side going with a good partnership which saw Gibby reach his half century.

Adie scored 32 before was bowled by Chris Arundel while Gibby went on to make a score of 80 before he was stumped by Richard Reed off the bowling of Tom Clarke.

Watson also took the catch to dismiss Simon Bevan to give Clarke his second wicket.

Yori Roberts hit a couple of sixes in a later score of 26 before he was bowled by Nigel Delaney.

Stackpole finished their innings with a good total of 165-6 and Llanrhian knew they would need to bat well with rain looming over them.

Either side of a rain break, openers Jon Strawbridge and Paul Lewis shared a century stand for the first wicket.

Lewis made a score of 38 but he was then caught by John Williams off the bowling of Alan Webster.

Strawbridge continued to punish the bowlers as he neared his century, hitting nine fours and six sixes as he reached a score of 97.

However, he was denied his ton as he was caught by James Adie off the bowling of Simon Bevan.

That gave them a first innings lead of 14 but the game was still in the balance.

Stackpole looked to make a good start to their second innings but it was Llanrhian who soon gained the advantage.

That left Stackpole on 14-3 and it made their task of setting Llanrhian a big target even trickier.

James Adie and Yori Roberts took the score into the fifties but Nigel Delaney struck as he had Roberts stumped by Richard Reed on a score of 19.

Adie had reached a score of 63 but his wicket halted Stackpole’s momentum.

Chris Arundel picked up another wicket late on as Stackpole could only finish their second innings on 115-7.

That meant that Llanrhian would need just 102 to win the game.

Llanrhian lost wickets early on in their reply with Jonathan Strawbridge unable to replicate his first innings display.

He hit a six but was then caught by John Williams off the bowling of Jack Corbett.

Corbett struck again as he had Jack Jones caught by Paul Oeppen and Llanrhian were three down when Corbett had Richard Reed caught by Simon Bevan.

Paul Lewis had made a score of 27 but he also fell to the bowling of Corbett who went on to finish with excellent figures of 4-19.

Alan Webster bowled Nigel Delaney on a score of 19 as Llanrhian reached 92-5 off 13 overs.

That was as good as it got for Stackpole though as Tom Clarke (8 not out) and Chris Arundel (11 not out) saw Llanrhian to victory despite the rain.

It was an excellent win for Llanrhian who retained the Alan Brown Cup once again and won it for the third year in a row.

Jon Strawbridge was named the man of the match after his excellent first innings score.