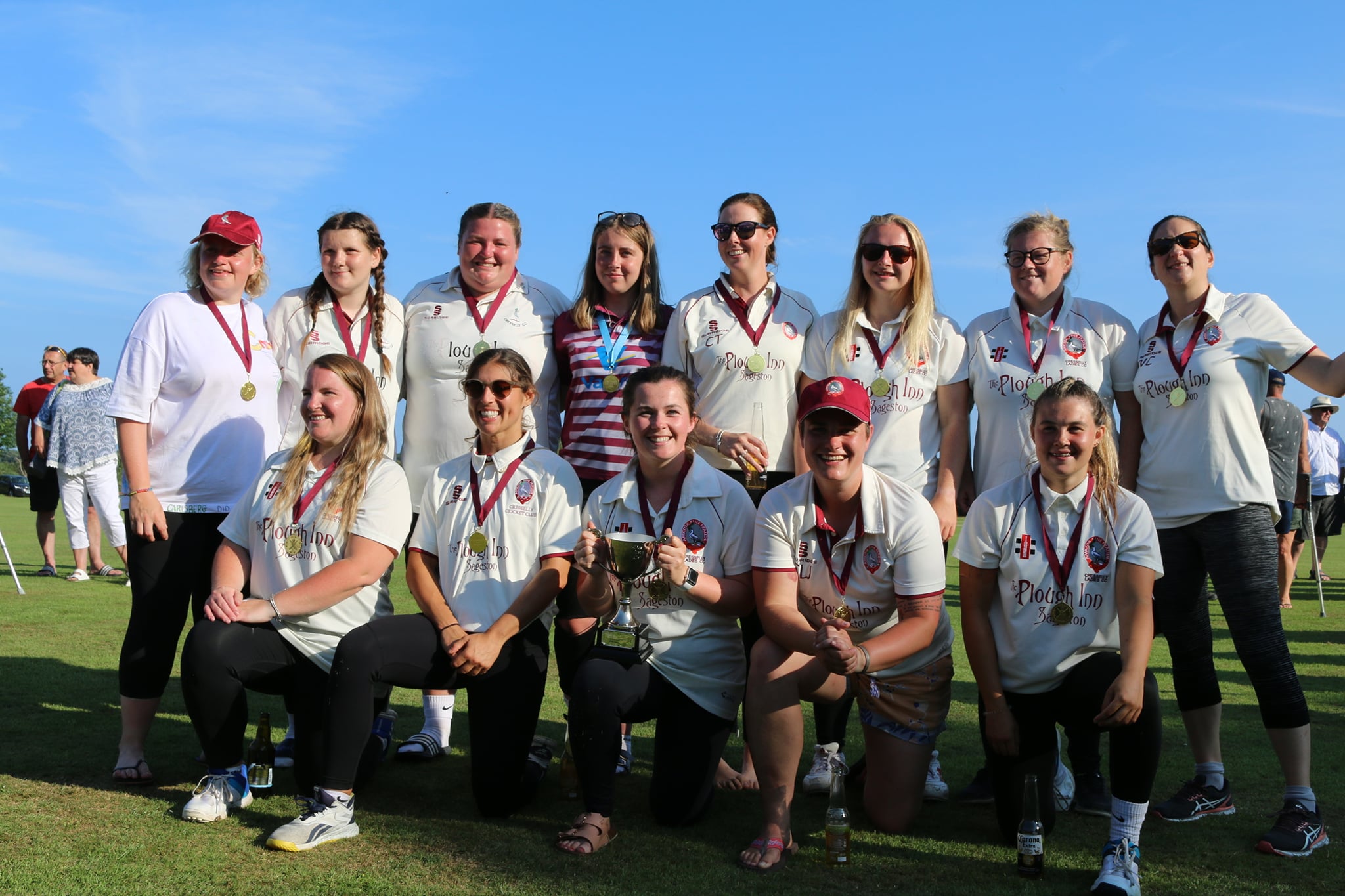 CRESSELLY were crowned winners of the Clive Huxley Cup Final on Sunday (July 25), at the third time of asking.

Cresselly had reached the previous two finals where they were beaten by Burton but it was third time lucky for Cresselly who prevailed over Whitland in Sunday’s final which was played at Stackpole Cricket Club.

Whitland batted first but they could only reach a score of 97-2. Caroline Cooper was out early on as she fell to the bowling of Lucy Johnson.

Kelly Rogers and Angharad Jenkins then shared a second wicket partnership of 47 runs. That partnership was broken by Ffion Ashman as she had Jenkins caght on a score of 25.

Rogers batted well as she finished not out on 48 after hitting five fours while Lani Hogben was not out on 11.

Lucy Johnson and Lauren Arthur got Cresselly’s reply off to a good start as they shared 35 runs for the first wicket.

Johnson was first out as she was caught by Kelly Rogers off the bowling of Fflur Davies.

Rogers then caught and bowled Megan Arthur to reduce Cresselly to 40-2.

Lauren Arthur had batted well for her score of 28 (three fours) but she was bowled by Rogers as Whitland began to hit back.

Ffion Ashman and Elen Williams added another 24 runs for the fourth wicket before Williams was caught by Rogers off the bowling of Amy Morgan.

Ashman hit four fours in a score of 29 before she was caught by Caroline Cooper off the bowling of Davies as Cresselly slipped to five down with the score on 91.

Zoe Minnett and Han Truman took Cresselly into a lead before Truman was caught by Morgan off the bowling of Davies.

Minner went on to finish unbeaten on 20 while 26 extras from Whitland pumped Cresselly’s score to 125-6.

That gave Cresselly a lead of 28 at the interval giving Whitland a tough task to try and erase the deficit before posting a score for Cresselly to chase.

And Whitland struggled early on in their second innings as Meg Arthur trapped Caroline Cooper leg before for a duck.

Arthur then bowled Kelly Rogers and Angharad Jenkins to leave Whitland reeling on 11-3.

That became 22-4 when Amy Morgan was out with Whitland still six runs away from building a lead.

Lani Hogben and Fflur Davies stopped the flow of wickets and shared a fifth wicket stand of 31 to put their side back into the lead.

Davies was then out for a score of 17 before another wicket fell to leave Whitland on 60-6.

Hogben and Mary Kirk shared another 39 runs for the seventh wicket as they took their side to the edge of a three figure score.

Hogben was out on a score of 47 while Kirk went on to finish unbeaten on 13.

It meant that Whitland finished their second innings on 100-7 meaning Cresselly would need 73 to win the game.

Lucy Johnson and Lauren Arthur fell early on in Cresselly’s reply but a stand of 25 between Megan Arthur and Ffion Ashman for the third wicket set them up for victory.

Kelly Rogers, who had also taken two wickets in the final innings, was named the woman of the match.

For Cresselly, the win represented their first win in a final since 2012, when the cup was known as the Skelfayre Cup.