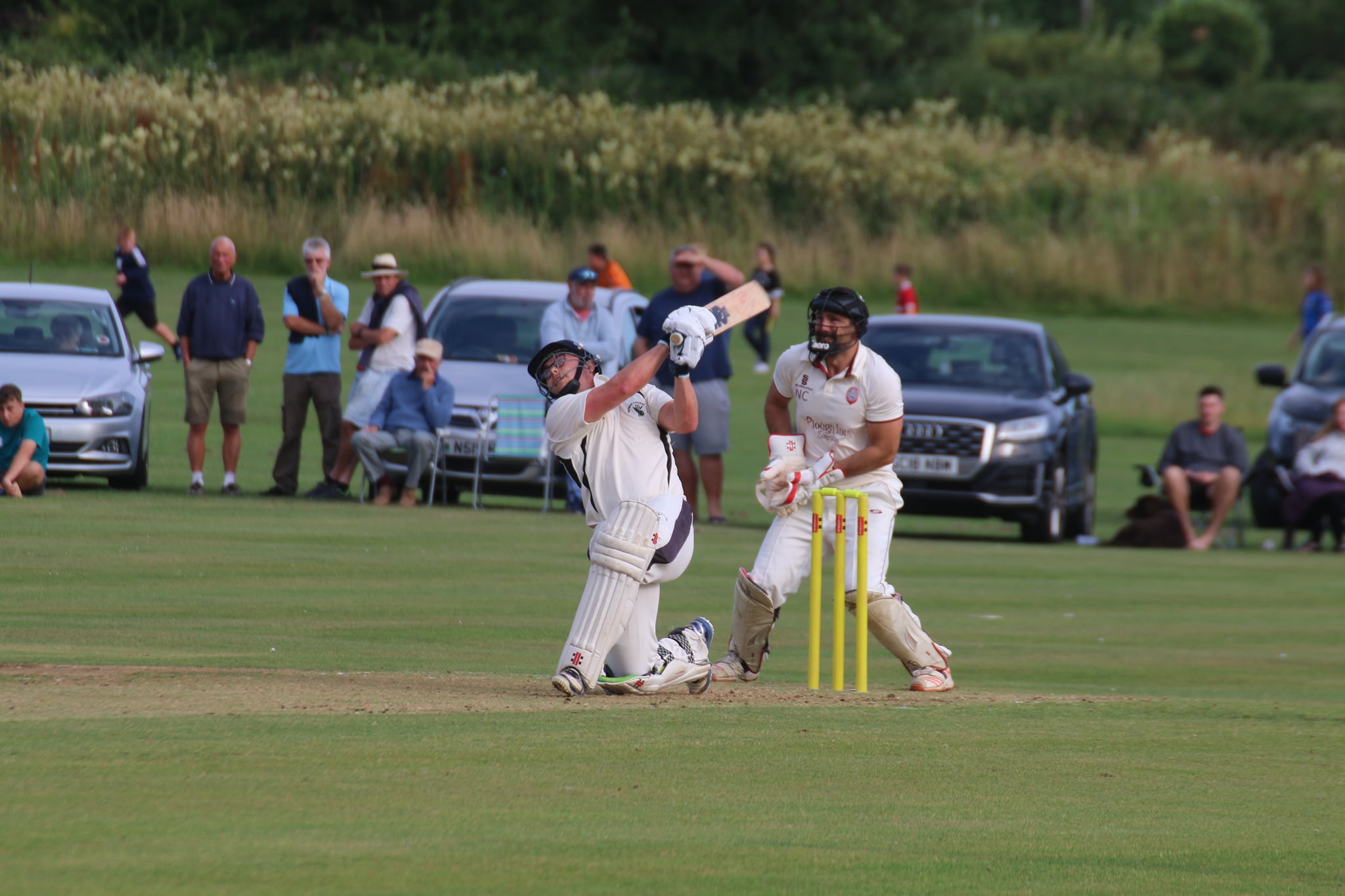 NEYLAND held off a late charge from Cresselly to book their place in the final of the Harrison Allen Bowl on Tuesday night (Jul 27).

In front of a good crowd at Kilgetty Cricket Club, Neyland posted 160-5 in their innings before they were able to restrict Cresselly to 158-4 to win by just two runs.

Cresselly needed just 11 runs off the final over to progress to the final but some excellent bowling from Patrick Hannon meant they were unable to get those runs despite a final ball six from Iwan Izzard who finished unbeaten on 98.

Earlier, Cresselly had won the toss and chose to field first but they saw Nick Koomen and Ross Hardy share an opening wicket stand of 71.

Koomen made his way to a score of 26 but he was then caught by Tom Arthur off the bowling of Mike Shaw.

Arthur then bowled Hardy on a score of 41 that included seven fours and a six.

That left Neyland on 75-2 but Ashley Sutton and Nathan Banner shared another 38 runs for the third wicket to take their side into triple figures.

Banner was caught behind by Neilson Cole off the bowling of Arthur on a score of 12 and soon after Ryan Lewis bowled Brad McDermott-Jenkins.

Tom Murphy then got in on the action as he bowled Scott Jones to reduce Neyland to 146-5.

Sutton then reached his half century before finishing unbeaten on 52 to set Cresselly a target of 161 to win.

Alex Bayley and Dan Sutton, fresh from his double century on Saturday, shared 27 runs for the first wicket in Cresselly’s reply.

Bayley departed early on though as he was caught and bowled by Ross Hardy.

Sutton was unable to repeat his scoring feats from the weekend as he was caught by Andrew Miller off the bowling of Brad McDermott-Jenkins on a score of 26.

Matthew Morgan did not last long at the crease as he was run out by Henry Durrant for a duck.

That left Cresselly in trouble on 48-3 but Iwan Izzard and Ryan Lewis shared another 35 runs for the fourth wicket to keep their side in the game.

Lewis reached a score of 11 before he was caught by Geraint Rees off the bowling of Henry Durrant to leave Cresselly on 83-4 in the 14th over.

Needing 78 from the final eight overs, Izzard and Tom Murphy did their best to keep the scoreboard ticking over.

Izzard reached his half century and took Cresselly to 150-4 after 21 overs.

Patrick Hannon bowled the final over for Neyland and he did well to concede only three runs in the first five balls to ensure that Izzard’s final six wasn’t enough to send Cresselly through.

Izzard hit eight fours and seven sixes as he finished unbeaten on 98. It meant that Cresselly finished their innings on 158-4, giving Neyland victory by only two runs.

They will play the winners of the second semi-final between Carew and Burton which is being played in Neyland on Thursday (Jul 29).

The final will be played in Cresselly on Saturday, August 28.