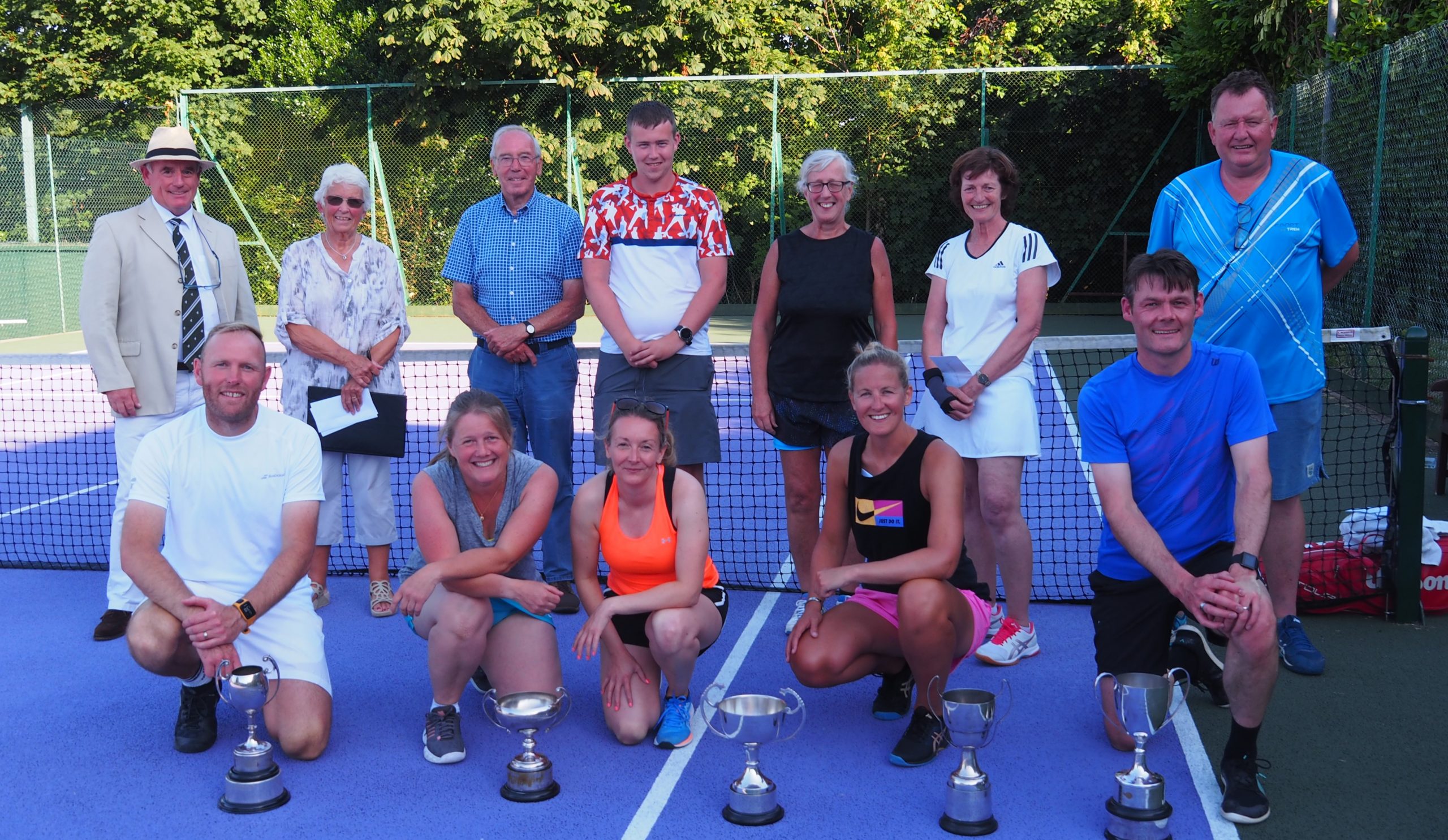 THE annual Pembrokeshire County Tennis Tournament was back with a bang this month with spectators blessed with glorious weather and some incredible matches.

Now in its 72nd year, 95 competitors entered the junior and senior tournaments which culminated in finals day at Haverfordwest Tennis Club on Saturday, July 17.

In all those years, Club President Brian Hearne said he could not remember a higher quality men’s final, which was contested between ex-Great Britain and Jersey’s most decorated tennis player Jeremy Cross and the club’s very own professional coach Tom Hole.

The Parade could well have been mistaken for Wimbledon with the standard on show, with Cross clinching the title Hole had won in the previous year.

Cross went on to add the mixed doubles trophy to his collection with the women’s singles champion Ceri Coleman-Phillips, who produced an unlikely comeback to beat Sarah Newman. Together they beat the holders Hole and Sarah Keogh in the final match of the day.

Hole and Jones beat Laurie Haworth and Jack Britton, while Newman and Davies edged the experienced duo of Keogh and Jane Allen.

The junior tournament was just as hotly contested, with Robbie Stirling and Josie Hawke crowned the under 12s singles champions, while Levi Jones and Honey Johnston won the under 14s titles.

William Phillips won the boys under 16s crown, while Ned Rees-Wigmore and Jay Thomas won the under 12s boys doubles.

Club chairman Dean Richards declared the tournament a huge success, with “players having to contend with the heat as well as their opponents”.

“The tournament was well supported throughout the fortnight with crowds gathering every night to watch the matches in good spirit,” he said.

“A special mention to the Haworth family who came out in force to support their five entries.”

“Putting on a tournament does not happen on its own, there is a team of dedicated people to ensure it runs smoothly and is enjoyed by all.

“I’d like to thank tournament referee Tom Hole for all his hard work, ably assisted by Sarah Keogh who puts her heart and soul into the club.”

Joyce scores a try but GB edged out by New Zealand