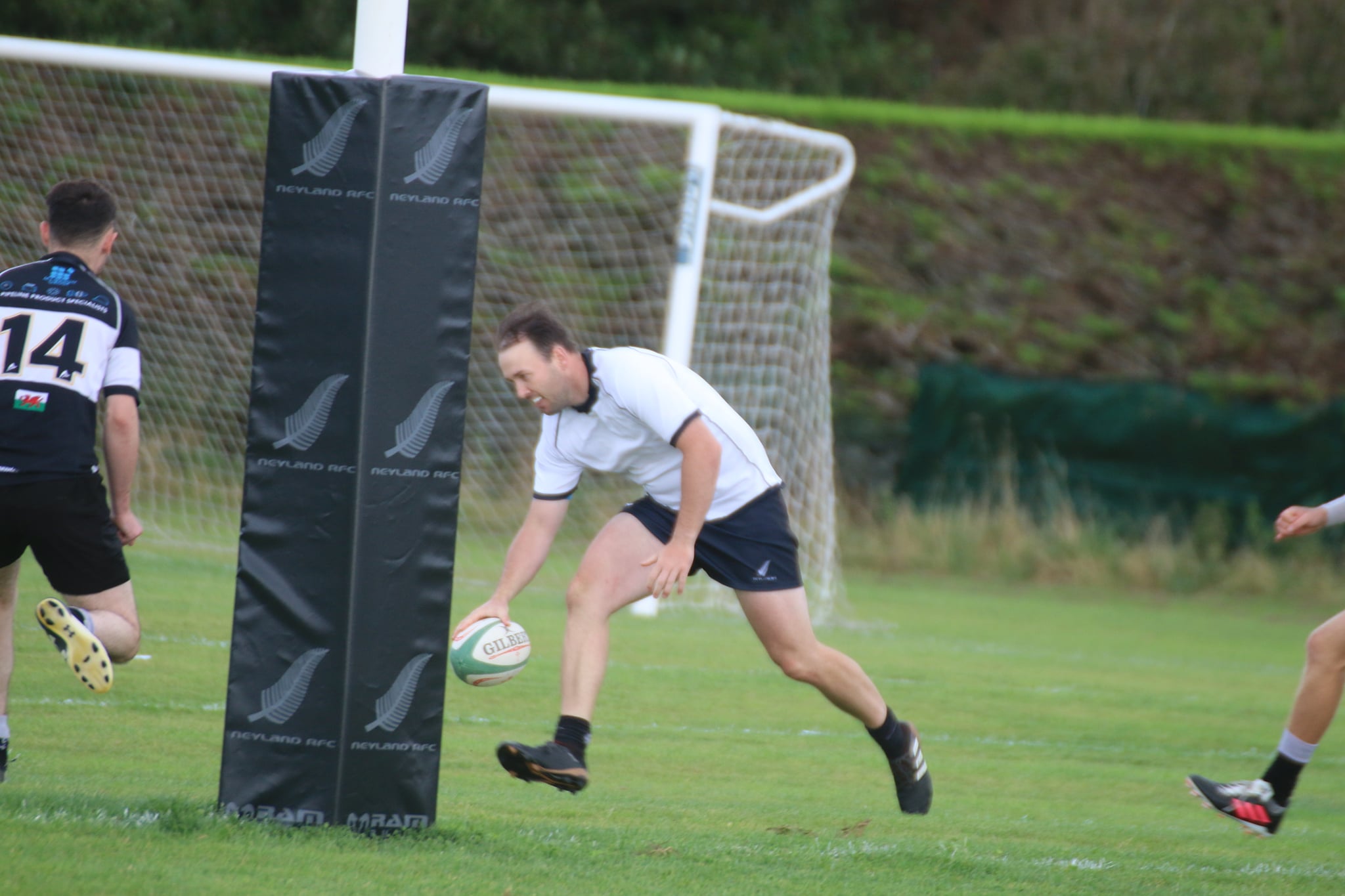 NEYLAND earned their second win of the season on Saturday (Sept 11) as they beat Pembroke Dock Quins45-17.

Having beat St Davids last week, the Quins came unstuck against the Pembrokeshire All Blacks, although the score line does not reflect how close the game was.

In the last 10 minutes they conceded three tries, which were particularly cruel to the Quins, with Patrick Bellerby back from the round ball game in outstanding form, and with his able lieutenant George Williams, the Quins had no answer as they contributed 5 of the 7 tries between them.

The Quins, playing down the slope, were on top early with the home side conceding a number of penalties, as the Quins put the pressure on.

The Quins were then a dealt a major blow when they lost their Captain Liam Scourfied.

But on 15 Minutes Neyland were on the scoresheet when a break from Full Back Patrick Bellerby enabled the supporting Centre George Williams to touch down near the posts. Outside Half George Evans converted to put his side 7-0 in front.

Ten minutes later the Quins hit back, after sustained pressure, as Quins Flanker Harold Owen smashed his way over the line. Outside Half Euan McDonald converted to bring the score level.

It looked like the two sides would turn round all square, but with the last move of the half George Williams grabbed his and Neyland’s second try. George Evans missed the conversion.

The Quins, trailing 12-7 at the break, needed a good start to the half, but unfortunately they did not get it.

Within two minutes Patrick Bellerby was at it again outstripping the Quins defence to score his sides’ third try, George Evans missed the conversion.

The Quins however soon responded with Euan McDonald slotting over a penalty to pull the score back to 17-10.

Within minutes Lock Forward Paul Busby crossed from close range for Neyland’s fourth try and George Evans added the extras to put his side 24-10 in front.

The Quins now were looking down the barrel, but to their credit they hit back straight from the Kick off. A thundering tackle from the restart set them up, and after a horrendous mix up in the Neyland defence Right Wing Jamie Topp took his chance brilliantly as the Neyland defence did all they could stop him but the youngster managed to get over the line.

Euan McDonald converted from the touch line with the best kick of the afternoon, to pull the score back to 24-17.

The Quins were now back in it with just under half an hour to go. They were soon back in the All Blacks 25 putting the pressure on but to no avail.

Neyland ended in devastating fashion, with three tries from Patrick Bellerby, George Williams and Prop Luke Davies, all were converted by George Evans.