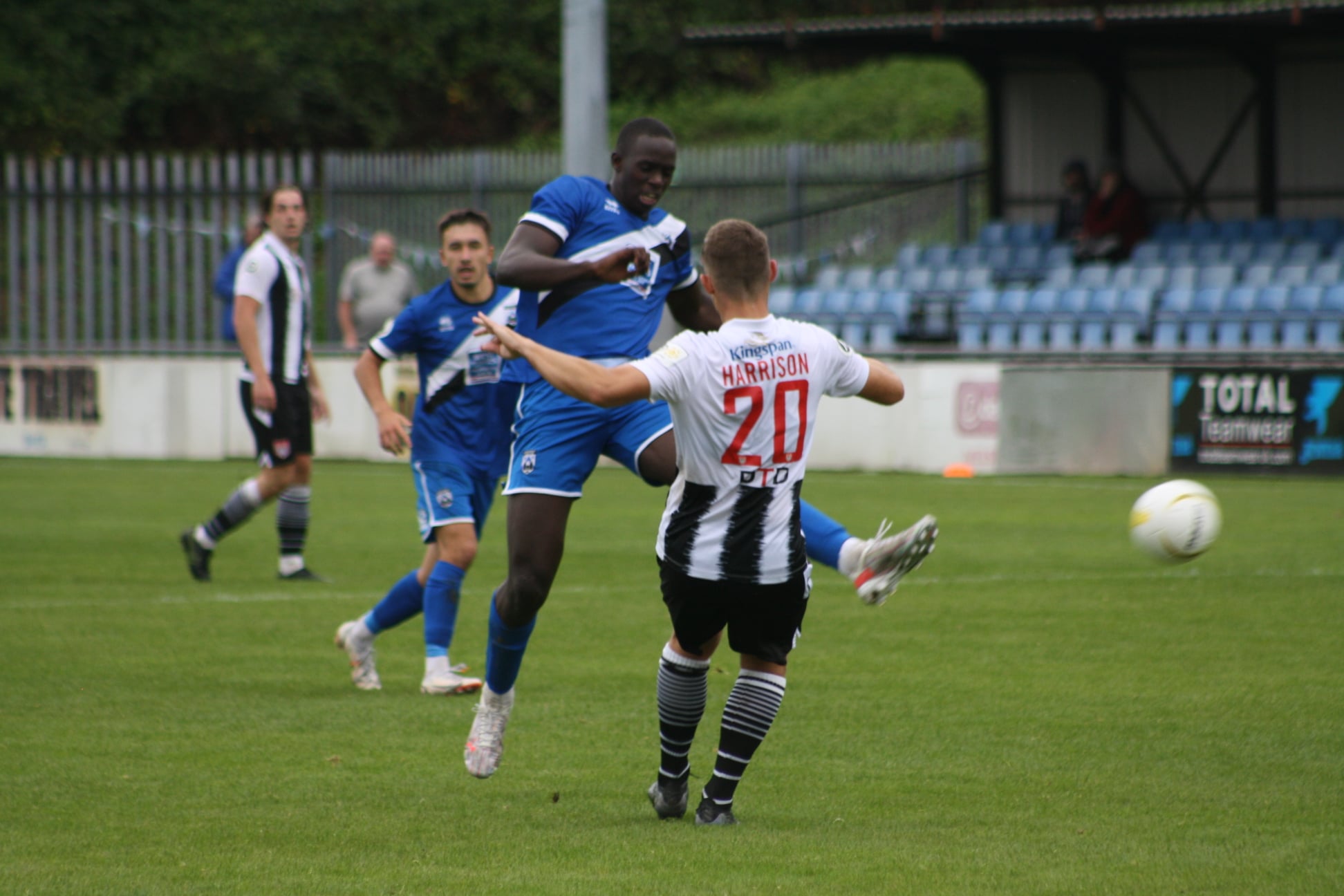 HAVERFORDWEST County’s Alhagi Touray Sisay scored his first goals in a Bluebirds shirt to help his side beat nine-man Flint Town United 2-0 at the Ogi Bridge Meadow on Saturday (Sept 18).

Wayne Jones’ side responded to last weekend’s 6-2 defeat in Bala to turn in an impressive display against the high-flying Silkmen, who had won four of their first five matches in the Cymru Premier.

After impressing in his first few outings in a Bluebirds shirt, without finding the net, Touray Sisay was keen to break his duck, and he did just that with a powerful header early on and a composed finish from close range to clinch the three points.

In a hard-fought encounter in drizzly conditions, the hosts benefitted from Flint’s ill-discipline, with defender Ben Nash given his marching orders for a dangerous tackle on captain Dylan Rees, and skipper Alex Jones dismissed after picking up two yellow cards.

County remain 11th in the standings, but the victory sees them close the gap on a couple of sides above them.

Bluebirds players and supporters alike will have been keen to make a positive start to settle any nerves, and they were able to do just that when Touray Sisay showed his aerial prowess to power Henry Jones’ corner past Ryan Woods for his maiden goal in the blue of Haverfordwest County.

This gave the hosts the early confidence boost they needed, as they went on to nullify much of the Silkmen’s attacking threats. Neil Gibson’s side were missing top goalscorer Michael Wilde, who was sent off against Newtown last week.

Jones’ side were able to keep the visitors at arm’s length throughout, before striking the decisive blow with six minutes to go when substitute Danny Williams broke into the area and squared the ball to Touray Sisay, who swept home to put the seal on a morale-boosting day for the Bluebirds.

Next up for the Bluebirds is Undy Athletic at home on Tuesday (September 21) in the third round of the Nathaniel MG Cup. Kick-off is 19:45.