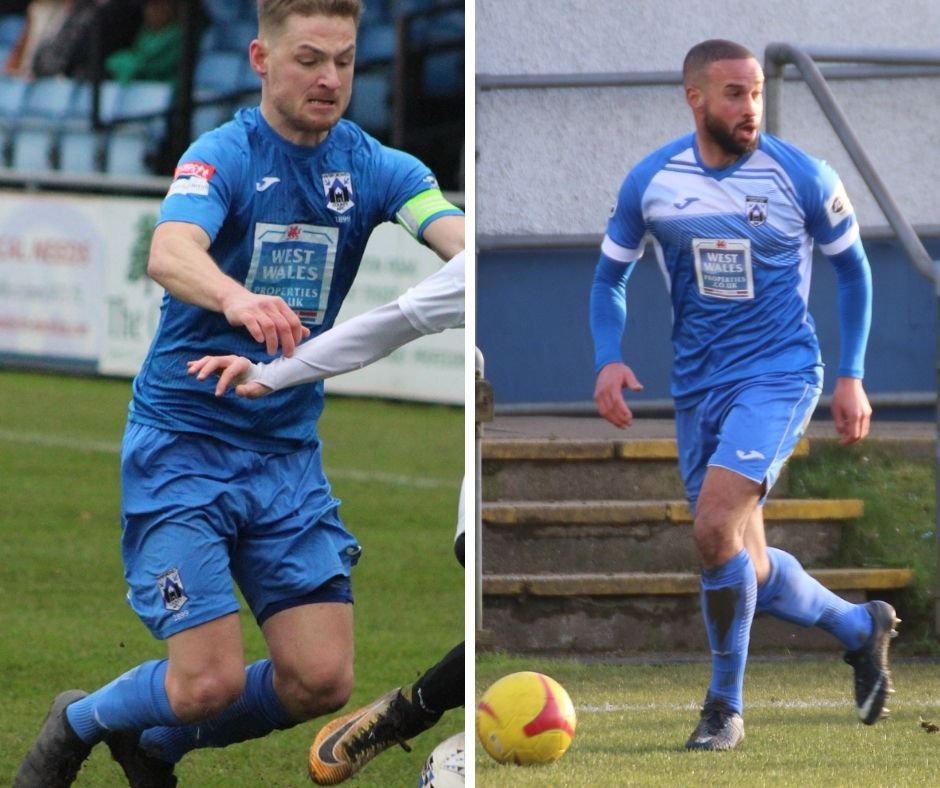 There was wind and rain at the Ogi Bridge Meadow as the Bluebirds played their first game since the departure of former manager Wayne Jones, following last weekend’s loss to Flint.

Both teams had opportunities to find the net, particularly in a frantic final 10 minutes, but neither were able to take their chances in an entertaining stalemate in west Wales.

A committed display from the Bluebirds saw them keep a clean sheet for the fifth time in the JD Cymru Premier this season.

Pemberton and Richards made two changes to the team that lost to Flint, with Ben Fawcett and Danny Williams coming in for Ricky Watts and Alhagi Touray Sisay.

Kieran Lewis fired a shot over the crossbar early on, before Jazz Richards positioned himself well to block Ollie Shannon’s chipped effort on the goal line.

County had a couple more attempts on goal before half-time, with Fawcett firing over the bar and Elliot Scotcher slicing his effort wide from the edge of the area.

With the game still in the balance on the hour mark, Mason Jones-Thomas broke into the area and created room for a shot with his right foot, which was deflected into the side netting.

The Bluebirds continued to push forward in search of a winning goal, as Jones-Thomas saw his shot – which was heading for the bottom left corner – pushed behind by Alex Ramsay.

A powerful strike by the winger – his third attempt in five minutes – was tipped behind by Ramsay as the chances continued to arrive for the hosts.

However, despite all their opportunities, the visitors could have snatched all three points in stoppage time when Antony Kay’s header came back off the bar.

The point is enough to move the Bluebirds level on points with Aberystwyth Town, and they will look to build on this positive display when they travel to Deeside to take on reigning champions Connah’s Quay Nomads next Saturday (December 18).

Pemberton and Richards to lead Bluebirds against Bala