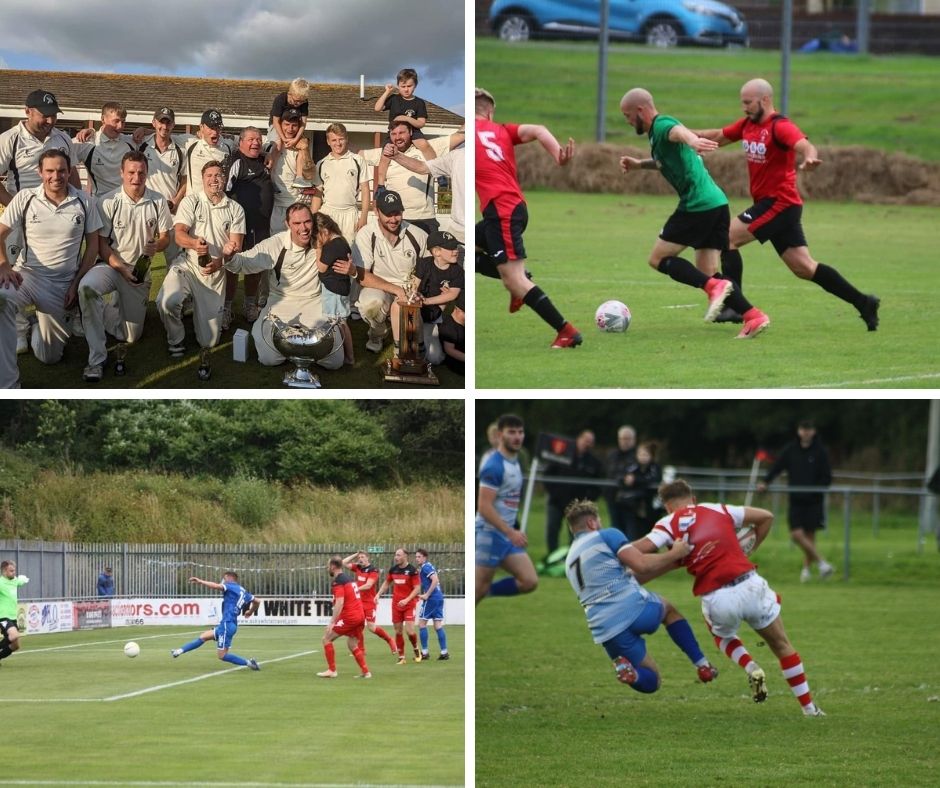 2021 has been another odd year for sport. It started with uncertainty over when competitive sport would resume and has ended with action in full swing.

JD Cymru Premier Football was played before the return of cricket while football and rugby made a welcome return later this year.

With all football suspended bar the JD Cymru Premier, Haverfordwest County carried the flag for the county.

Despite a good season for the Bluebirds there was to be no European football for them as manager Wayne Jones did not have the required licences to lead his team in Europe.

There was though a memorable occasion for long serving captain Sean Pemberton who hung up his boots after his 259th game for the club in May.

Manager Wayne Jones resigned at the beginning of December and Pemberton was given the task of taking over, with former Wales international Jazz Richards by his side.

Cricket returned at the beginning of May, well over 600 days since the last game of league cricket was played.

It was a welcome return for all concerned with many taking time to adjust to new rules such as having to sanitise the ball every couple of overs.

The Division 1 title race took many twists and turns with Lawrenny pushing Neyland all the way.

In August, Lawrenny beat Neyland to go to the top of the table. The top two then met again in Neyland on the final day of the season but it was Neyland who came out on top to secure the Division 1 title.

Neyland led the way in cup competitions as they reached the semi-finals of the Village Cup and the quarter finals of the Welsh Cup.

Fishguard secured the Division 5 title on their return to league cricket while Llangwm and Pembroke Dock were promoted to Division 1.

Division 4 was won by Llanrhian seconds while their first team were crowned winners of Division 3.

Neyland seconds secured the Alec Colley Cup with a win over Cresselly in the final in August.

Llanrhian won the Alan Brown Cup in July as they beat Stackpole in the final which was played in Whitland.

Lawrenny did not miss out on silverware this year as they wrestled the Duggie Morris Cup from Neyland’s grasp, having beaten them in the quarter finals, by beating Carew in the final.

Narberth were also celebrating after beating Landsker Nomads in the final of the Ken Morris Cup.

In the ladies game, Cresselly were crowned league winners for the first time since 1999 and that made it a double-winning season after also securing the Clive Huxley Cup just a week earlier after they beat Whitland in the final.

The Harrison Allen Bowl final took place at the end of August between Carew and Neyland.

Carew were bowled out for 109 in their first innings but what happened next was something special.

Neyland’s Patrick Bellerby hit a stunning 134 not out to guide his side to 241-2, the highest ever total in a bowl final.

It gave them a resounding 132-run lead and all but secured the Bowl for Sean Hannon’s men.

Carew gave it their all and at least made Neyland bat again but the damage had already been done and Neyland knocked off the 23 runs needed to win the Harrison Allen Bowl for a tenth time.

Bellerby’s knock included fifteen fours and nine sixes and came off just 69 balls with a strike rate of 194.20 and made him a worthy recipient of the man of the match award.

In September there was a charity cricket match in Pembroke Dock which raised £7000 for charity.

The money was split between mental health charities and Callum Jones who is recovering from serious injuries.

It was the return of rugby and football that took centre stage in September. Rugby returned with the new WRU Cup competitions, designed to keep teams local in a bid to prevent the spread of covid-19.

Following the WRU Cups, the league seasons also recommenced in November and so far in the Championship, Narberth have secured four wins from their opening five games.

Whitland and Crymych have both picked up wins in League 1 West while Pembroke are yet to get off the mark.

In League 2 West, Fishguard and Milford are also off the mark while Tenby are also looking for their first win.

Cardigan are the leaders of League 3 West A with St Clears, Lampeter and Haverfordwest completing the top four.

In the football, Goodwick United are the leaders in Division 1 having won ten and drawn one of their 11 games so far.

Clarbeston Road sit second while Hakin are third having played three games less than the two teams above them.

It has been an up and down year for sport and with the break coming over the festive period it is time to stay safe and enjoy Christmas.