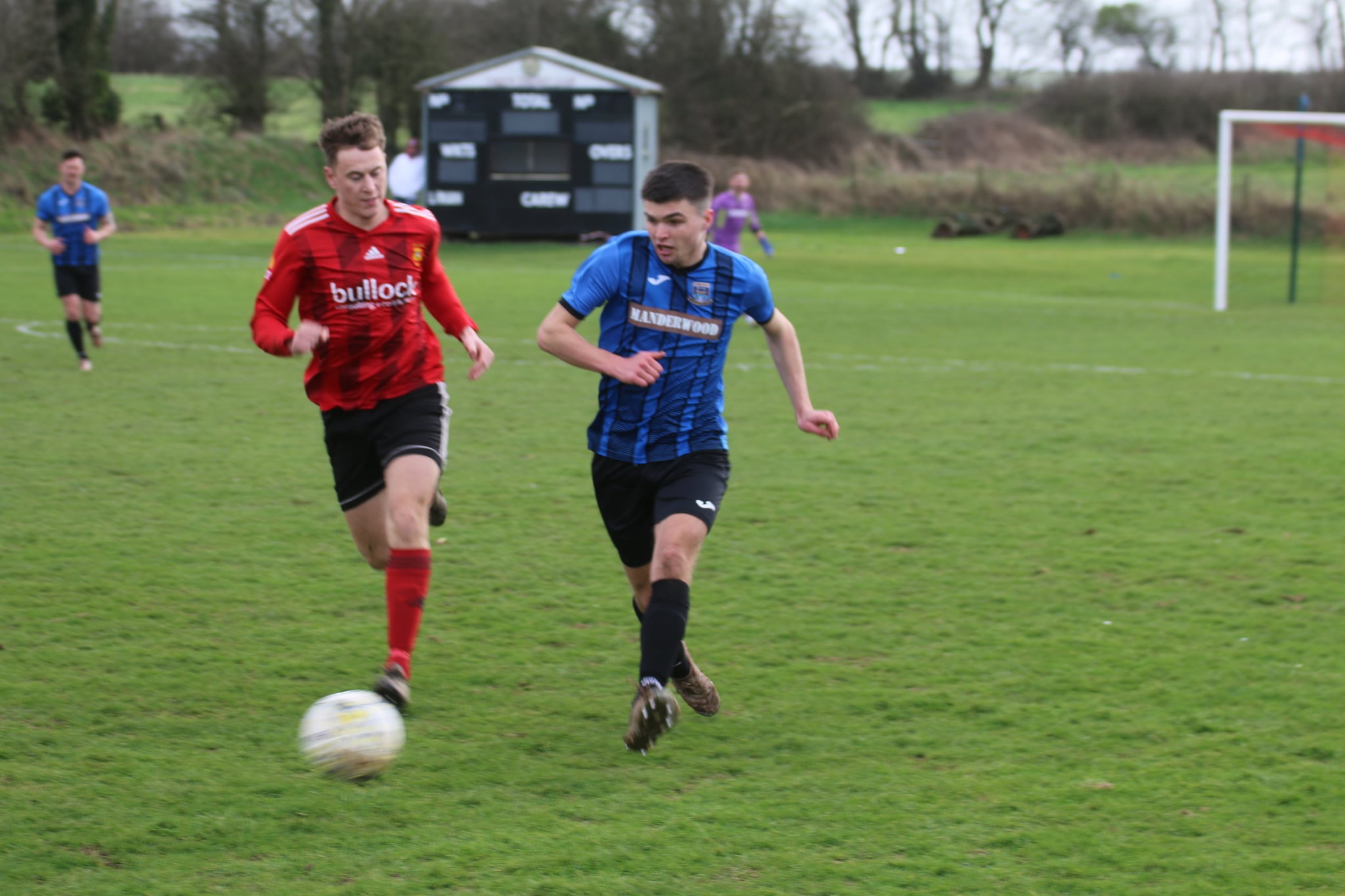 HAKIN UNITED booked their place in the quarter finals of the West Wales Cup with a penalty shootout win over Pembrokeshire rivals Carew on Saturday (Feb 5).

It had looked as if the Vikings were going to seal the win in normal time but Adam Muskett’s late goal forced the game into extra time.

Both sides scored once more to make it 2-2 and the full time whistle meant the game would be settled by a shootout.

Alex Bayley missed his penalty for Carew before Ben Aldred smashed his spot kick into the net to give Hakin victory.

The Vikings started well and could have been three goals up early on but they saw chances go against the woodwork while Carew keeper Tom Davies also made a good save.

Hakin finally scored midway through the first half as Ben Aldred played the ball into the path of Shane Walsh who volleyed home from the edge of the box to make it 1-0.

The hosts had a couple of chances to score but Hakin held to on to their lead until half time.

The Vikings played against the wind in the second half but still had chances to score with Justin Harding and Ryan Wilson both going close.

With just over ten minutes to go, Jack Britton sent a shot goalwards but Sonny Phillips handled the ball over the bar and Hakin were awarded a penalty.

Walsh missed the resulting spot kick however and Carew were still in the game.

In time added on a Carew throw in was flicked on and Adam Muskett headed in to force the game into extra time.

Walsh then put Hakin back in the lead in the first period of extra time but Carew levelled again just two minutes later through Max Brindley.

Neither side could find a winner in the second period of extra time and penalties were needed to find the winner.

Shaun Whitfield scored for Carew but the Vikings’ Leon Luby missed his kick.

Joseph Williams then missed his spot kick for Carew and Camron Thomas scored his to level the shootout at 1-1.

Hundleton get back to winning ways