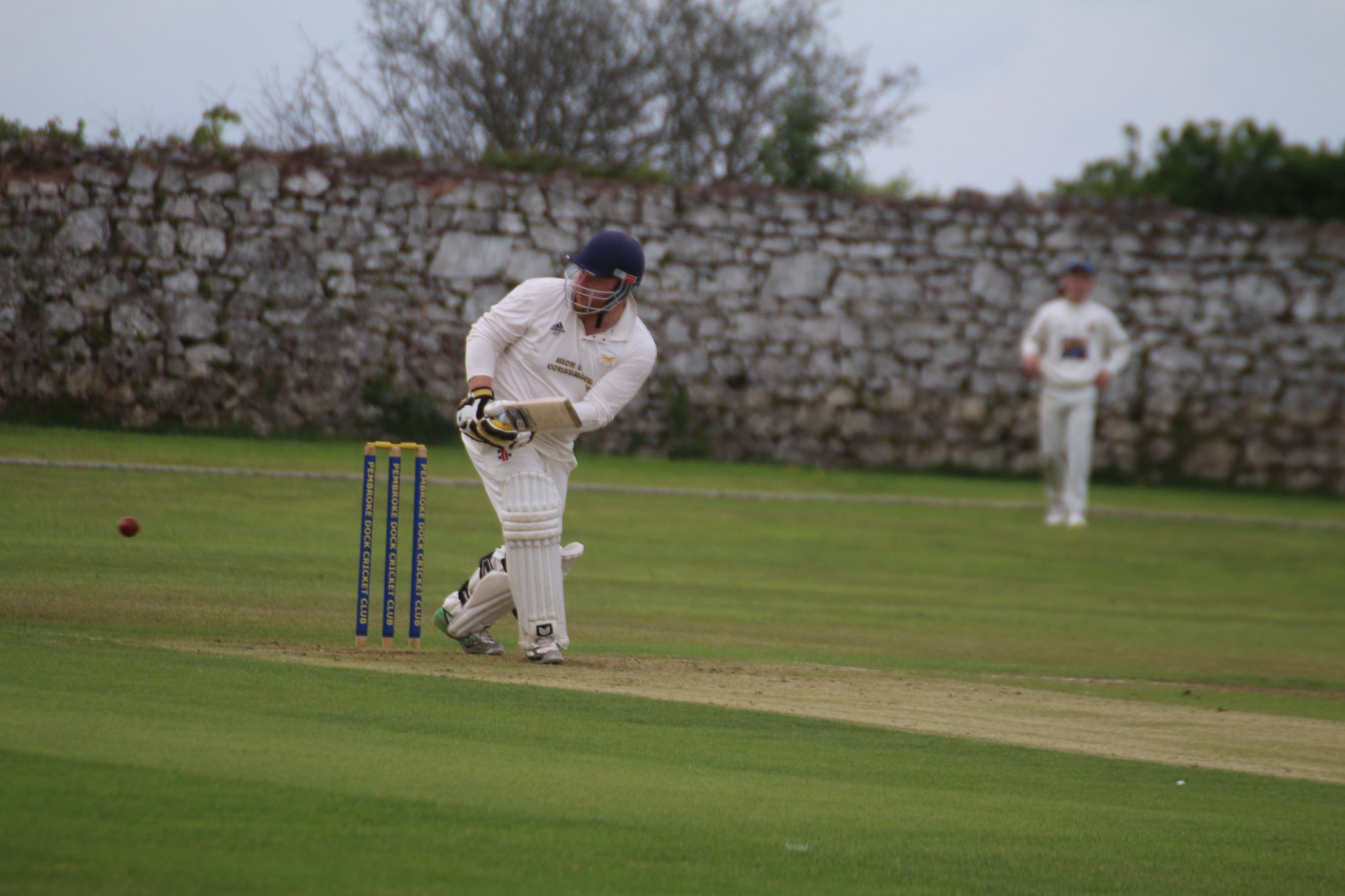 THE first round matches of the Duggie Morris Cup were played last week and it served up some interesting scores.

Many of the ties were held up because of rain earlier in the week and it led to a bumper night of action on Thursday.

Harry Thomas smashed his way to an unbeaten century as Lawrenny posted a mammoth 234-2 from their 20 overs.

He had good support from Kyle Marsh who scored 59 and Ryan Morton who added 44.

The Dock were unable to replicate their opponents’ score though as they were bowled out for 85, Tom Cole and Rob Williams taking three wickets each.

Neyland also went through after they beat Cresselly by eight wickets.

Cresselly scored 155-6 in their innings with Matthew Morgan finishing not out on 68 after a score of 39 from Iwan Izzard.

In reply, Ross Hardy scored 31 and Patrick Bellerby added 45 before scores of 44 not out from Ashley Sutton and 27 not out from Andrew Miller saw Neyland home.

Carew booked their place in the quarter finals with a narrow 2-run win over Whitland.

Carew scored 123-7 in their innings as Rhys Davies top scored with 54 while Tim Hicks added 32.

Gethin Scourfield took 4-16 for Whitland and then went on to score 50 but it wasn’t enough to take Whitland to victory.

Three wickets for Shaun Whitfield, two for Sam Harts and one each for Simon Wood and Sion Jenkins ensured that Whitland could never get going.

It meant that Whitland fell agonisingly short of their target.

Pembroke are also through after they beat Lamphey by four wickets.

Lamphey made a good score of 165-2 from their 20 overs with David Blackwell scoring 92 not out and Peter McGilloway scoring 37.

Jonathan Rogers (70) and Jack Harries (50) put on 120 for the first wicket for Pembroke as they looked to chase down their target.

Despite losing six wickets Pembroke were able to see themselves over the line.

Narberth booked their place in the last eight as they beat Hook by 43 runs. Narberth scored 133-7 with Lewis Hough scoring 36 while Ben Hughes finished not out on 20.

Hook were unable to match Narberth’s score as they finished short on 90-9 as Matthew Johns took four wickets for Narberth.

The other first round game was played on Wednesday and it saw Tish beat Kilgetty by seven wickets.