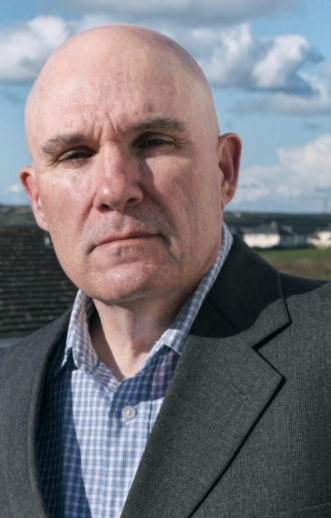 A PEMBROKE DOCK town councillor has stepped down from their role after repeated claims that he is well-known artist, Banksy.

Councillor William Gannon worked for the local community as a town representative with Milford Haven Port Authority for some time before becoming a town councillor.

He said in a statement released on Facebook that he is resigning, “with immediate effect”, due to the suspicions that he is graffiti artist, Banksy.

Town Cllr Gannon, of Pembroke Dock’s Bufferland Ward denies the claims and said the constant allegations against him are undermining his ability to focus on the job.

On Monday, May 23, he stated: “As you may be aware an allegation has been repeatedly made that I am not who I say I am but that I am the Artist Banksy. A number of people believe that this allegation is true.

“Thank you for all of the support that you have given me in the past.”

The letter which was sent to the Town Council, has been shared on Pembroke and Pembroke Dock Citizens Forum Facebook page.

Many have expressed their sadness that cllr Gannon felt that he had no other choice but to stand down from his role in order to deny the claims.

Many members of the group have tagged Dyfed-Powys Police into the post and urged them to step in and investigate the allegations – which they believe are down to an ex-council member who they describe as a ‘controversial’ character.

One user said: “Really sorry to hear this, the bullies have won.”

Mr Gannon, has assured the public that this is not a case of the bullies have won, but gives him more of an opportunity to defend his name and prove that the allegation are false.

He said: “No they have not. This just frees me up to fight back more effectively. As a Councillor I had to protect the dignity of the Office and the Council. As a Community Artist I can engage in the argument in all sorts of creative ways.”

Many others in the group have claimed to be a subject of abuse in the same way as cllr Gannon, claiming to be victims of untrue allegations in order to intimidate them.

Another added: “Very sad to hear this. Billy is a lovely, kind hearted gentleman who will help anyone at the drop of a hat. I do understand why he feels the need to step down as the bullying has been relentless and very personal towards others including myself. I hope the Town Council will seek some kind of support for Billy and use any powers they have to bring in sanctions to combat bullying of this kind.”