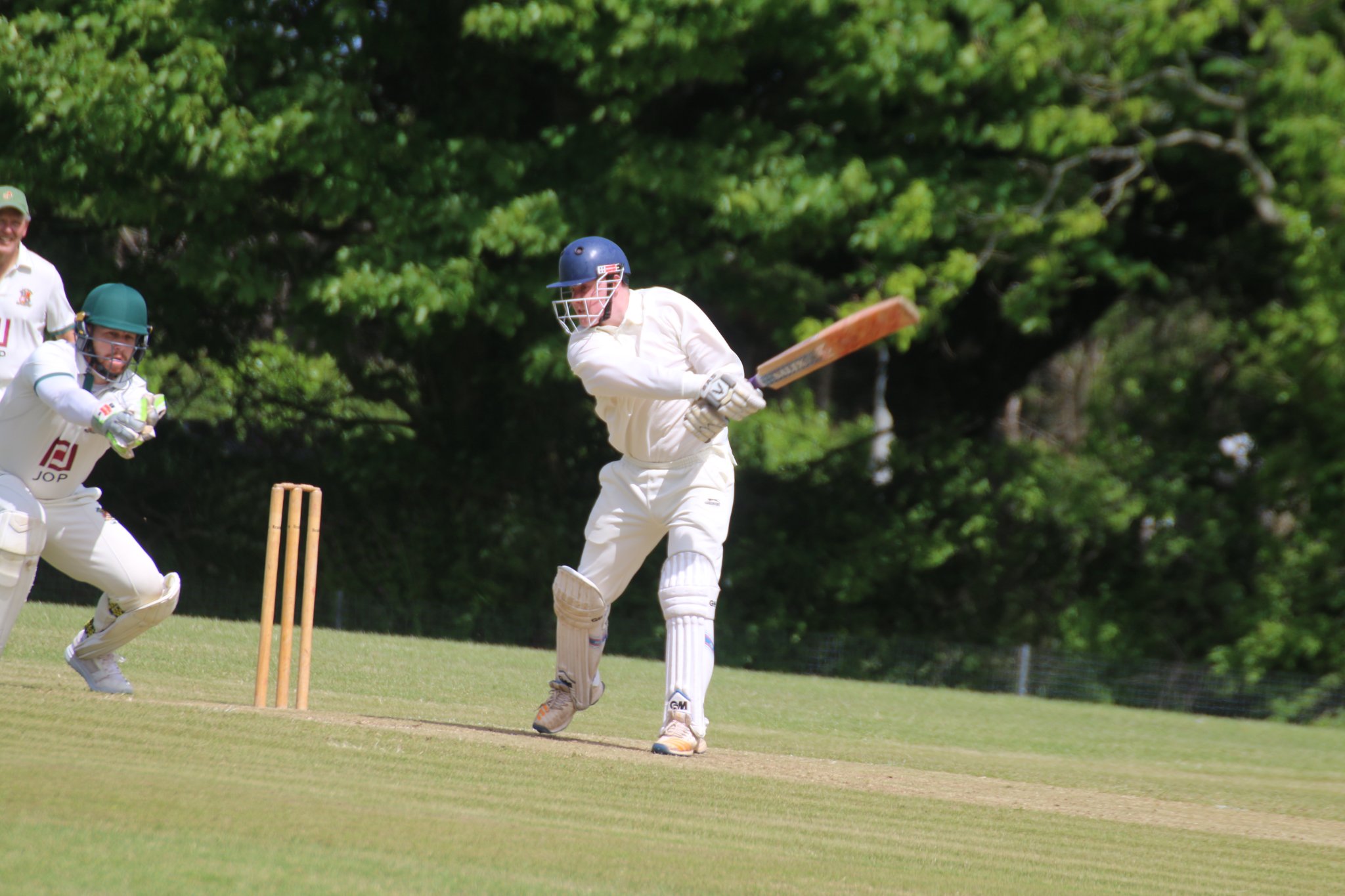 HERBRANDSTON made it five wins from five in Division 2 on Saturday (May 21) as they beat Pembroke by 137 runs.

Herbie won the toss and chose to bat first and they smashed a mammoth total of 300-5.

They lost two early wickets but a third-wicket stand of 95 between Kristian Bennet and Jack Nicholas got them going.

Bennett was bowled by Rob Smythe on a score of 35 which included six fours.

Nicholas had cracked fourteen fours and a six in his score of 96 from 71 balls but he was then bowled by Sam Davies.

That left them on 146-4 but Dean John and Jonathan Bennett then added another 100 runs as they continued to find the boundaries.

John hit eight fours and three sixes in his score of 66 but he was then bowled by George Davies.

Bennett went on to finish unbeaten on 57 while Rob Hood smashed three fours and a six in his score of 21 from 17 balls.

That set up their mammoth total and Pembroke knew they would need to replicate Herbie’s hitting if they were to stand a chance of winning.

Pembroke batted well as Paul White and Jack Harries shared 97 runs for the second wicket but they began to lose wickets at regular intervals.

Harries hit six fours in his score of 46 but he was bowled by Harry Nicholas.

Nicholas also claimed the wickets of Steve Durston and Andrew Price before he had White caught on a score of 58 by Charlie Malloy.

That left the home side on 118-5 and although Will Davies and George Davies offered some resistance, Will fell to the bowling of Rob Hood on a score of 18.

Nicholas then claimed his fifth wicket as he bowled George Davies on a score of 11.

It gave Herbie another victory and on Saturday, May 28, they travel to Burton. Pembroke’s next game sees them travel to Llechryd.