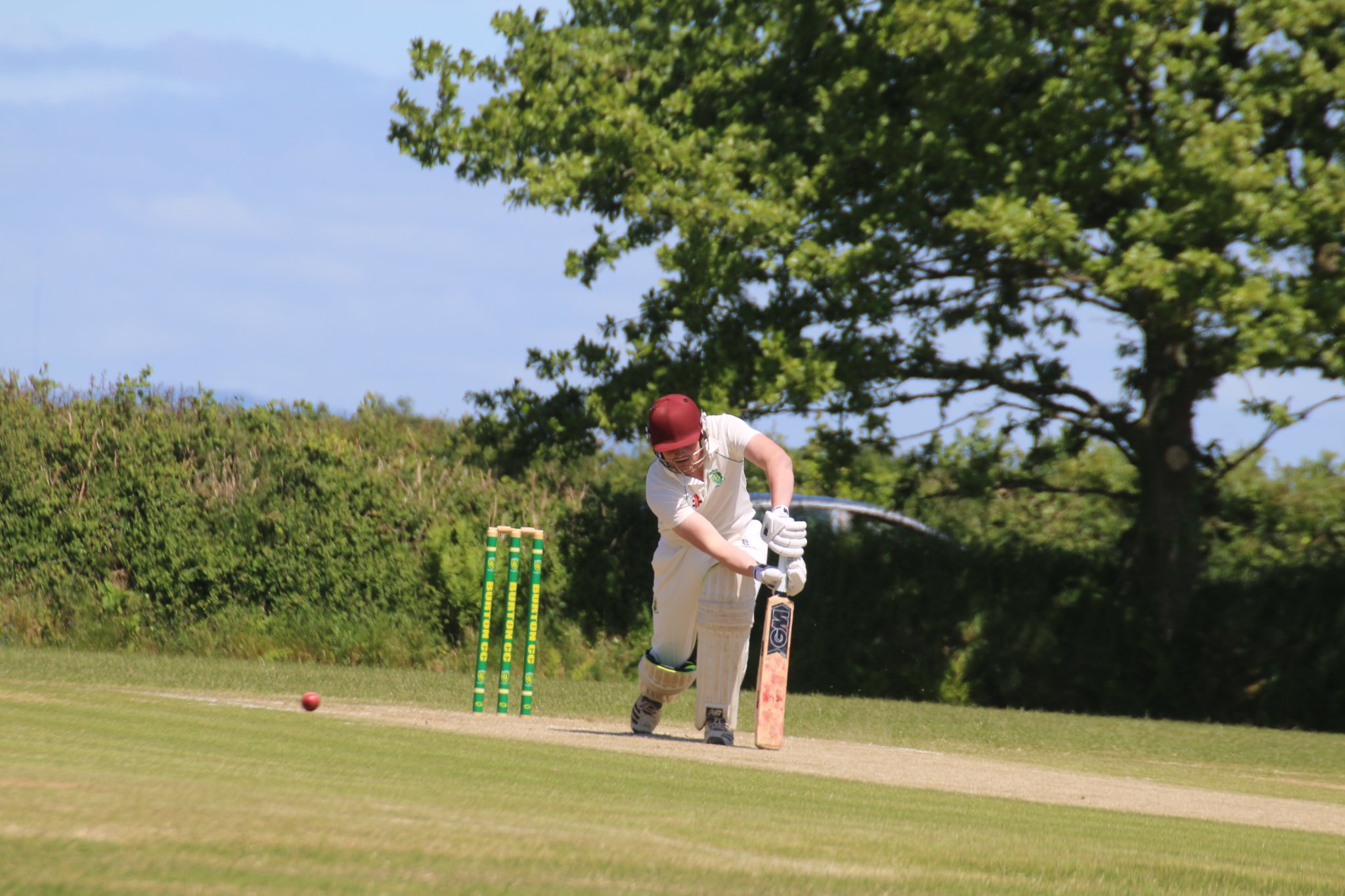 BURTON brought an end to Herbrandston’s unbeaten start to the season on Saturday (May 28) as they earned victory by 74 runs.

Herbie had won their first five games of the season and after winning the toss they elected to field first.

Jack Davies made an early score of 13 for the home side and Jonathan Venables added 14 before falling to Harry Nicholas and Dean John respectively.

Toby Hayman looked in good form as he hit eight fours in half century but he fell on 52 when he was caught by Jack Nicholas off the bowling of Paul Nicholas.

That left Burton on 93-3 but it soon became 106-5 as Luke Hayman was bowled by Kristian Bennett and Richard James fell to the bowling of Paul Nicholas.

Martin James and Morgan Scale then shared 39 runs for the sixth wicket. James reached a score of 28 with three fours but he was bowled by Rob Hood.

Scale and Dan Ridge then shared 39 runs to take their side to within touching distance of the 200-mark.

Ridge hit three fours and three sixes in his score of 40 from 22 balls but he was then run out by Harry Nicholas.

Scale finished not out on 21 as Herbie were set 206 to win the game.

Jonathan Bennett and Harry Nicholas got Herbie off to a good start in their reply with an opening stand of 49 runs.

John Scale made the breakthrough as he had Bennett caught by Dan Ridge. Soon after, Nicholas, who had reached a score of 30, was caught by Iestyn Evans off the bowling of Luke Hayman.

Scale then had Jack Nicholas stumped by Evans as Herbie slipped to 57-3. That became 76-4 as Charlie Malloy was bowled by Scale.

Kristian Bennett fell to Luke Hayman who also had the wicket of Dean John.

Morgan Scale then trapped Rob Hood leg before and bowled Sean Thomas as Herbie’s hopes of winning began to fade.

It meant Herbie were 91-8 and they were soon nine down as Adam Parr fell to the bowling of Morgan Scale.

David Malloy put up a late fight as he made his way to a score of 26 but he was then bowled by Jack Davies.

The win for Burton sees them move up to second place while Herbie slip to third place.

On Saturday, June 4, Burton travel to Pembroke while Herbrandston are at home to Llechryd.

Division 2 round up: Johnston win and Llechryd go top