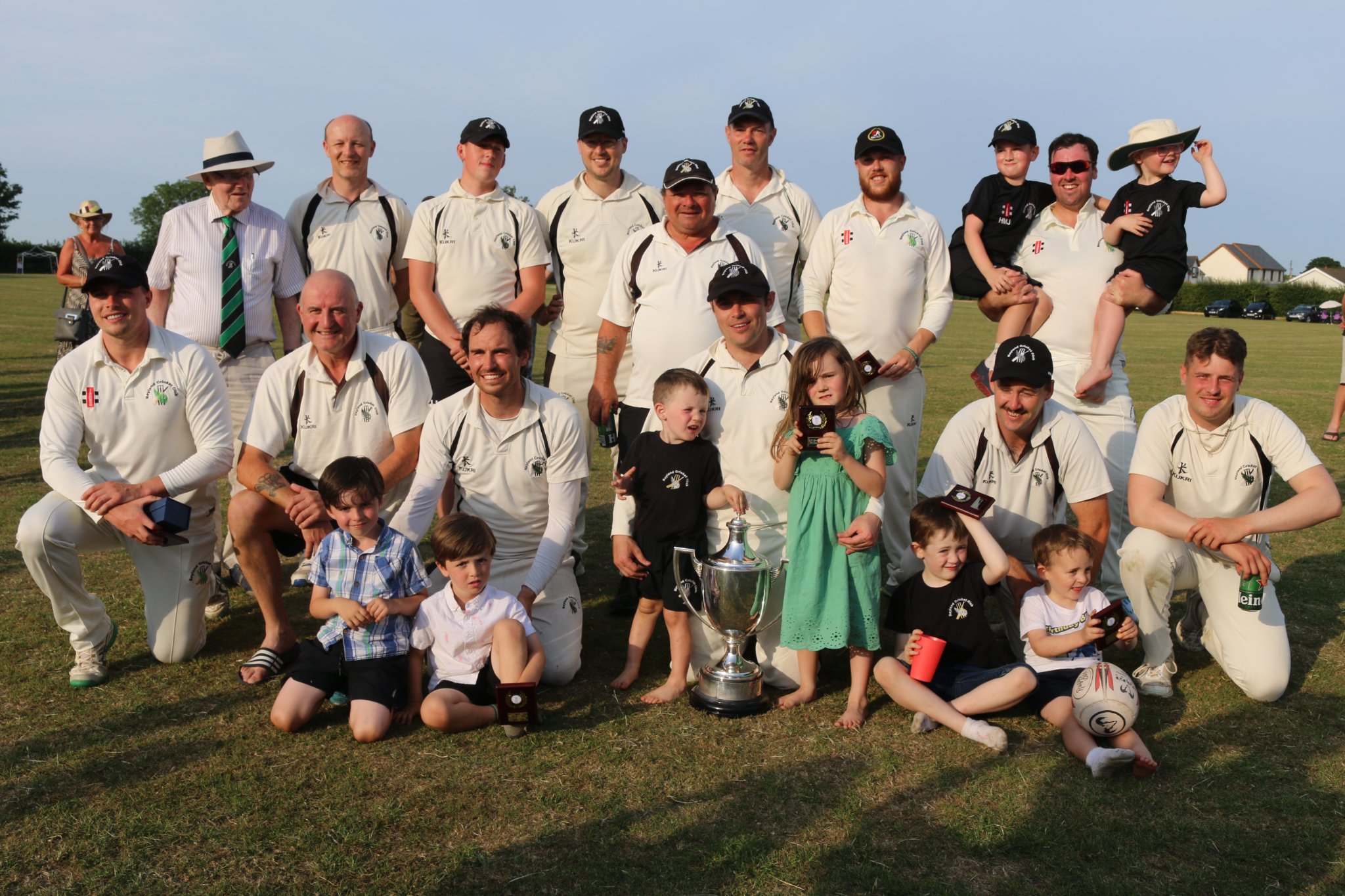 NEYLAND reclaimed the Duggie Morris Trophy on Sunday (Jul 17) as they beat Pembroke in the final at Burton.

Sean Hannon’s men had held on to the trophy for much of the 2010s but, having seen Lawrenny win the trophy last year, Neyland were keen to get their hands on it once again.

They came up against a determined Pembroke side who hadn’t just come to make up the numbers and who had also beaten two Division 1 sides on their way to the final.

A special mention must go to umpires Gareth Brace and Dave Bonner who stood in the middle all day in the near 30-degrees temperatures.

The Division 2 side won the toss and chose to field, meaning they would have to chase in the final innings.

Neyland reached 180-all out in their first twenty overs, with Patrick Bellerby and Ashley Sutton providing an early platform.

They had lost Gregg Miller on a score of 10 (1 four, 1 six) when he was out to the bowling of Rob Smythe but Bellerby and Sutton shared 115 runs for the second wicket.

Bellerby had hit ten fours and two sixes in his score of 64 from 42 balls but he was then bowled by Andrew Price.

Paul Murray also hit a four and a six in his brief score of 14 before he was caught and bowled by Price before Sutton fell on a score of 55.

He had smashed three fours and four sixes in his score, which came off 35 balls, but he was then caught by Smythe off the bowling of Jack Harries.

That left Neyland on 159-6 but a stand of 18 between Sean Hannon and Andrew Miller took Neyland towards the 200-mark.

Webster then bowled Gary Lloyd with the last ball of the innings to keepr Neyland’s score on 180.

Miller was unbeaten on 16 as Pembroke were given a tough task of trying to get a lead in the game.

Their task came even harder with the loss of two early wickets. Jack Harries was caught by Bellerby off the bowling of Gary Lloyd.

Luke Butler also fell to Gary Lloyd and when Andrew Price was caught off the bowling of Patrick Hannon, Pembroke were 39-4.

That soon became 44-5 as Alan Webster, on a score of 20, was trapped leg before by Patrick Hannon.

Andrew Hay scored 15 with a four and a six but he was bowled by Sean Hannon.

Paul White fell to Andrew Miller before Sam Davies was caught by Patrick Bellerby off the bowling of Sean Hannon.

Smythe was then trapped leg before by Patrick Hannon as Pembroke were bowled by 83.

That gave Neyland a first innings lead of 97, and with them coming in to bat again, Pembroke knew they were going to face an uphill task to keep their lead down.

Patrick Bellerby hit a six on the third ball of Neyland’s second innings and their lead was already over 100.

There were no signs of letting up from the Division 1 Champions as Bellerby and Gregg Miller added 43 runs for the first wicket.

Bellerby hit two fours to go with that six as he scored 19 from 12 balls but he was then bowled by Jack Harries.

Miller had hit four fours in a score of 30 from 22 balls but he was them stumped by Phil Hay off the bowling of Steve Durston.

Ashley Sutton and Paul Murray then shared 45 runs for the third wicket before Murray was bowled by Andrew Price on a score of 23.

Brad McDermott-Jenkins did not last long at the crease as he hit a four before falling to Sam Davies.

Ashley Sutton was only on 27 at that point but he began to cut loose, hitting five fours and three sixes in a score of 69 not out.

Neyland’s excellent second innings had set Pembroke an unlikely 272 to win the game but Pembroke were determined to see out their final innings of the day.

Luke Butler was the first to fall when he was caught and bowled by Sean Hannon and soon after he had Alan Webster caught by Gregg Miller.

Phil Hay was trapped leg before by Gary Lloyd before Sean Hannon bowled Andrew Price as Pembroke slipped to 40-4.

Whilst those wickets were falling, Jack Harries had three fours and a six in his score of 37 but he was then caught by Brad McDermott-Jenkins off the bowling of Andrew Miller.

Steve Durston was stumped by Sean Hannon off the bowling of Miller and Patrick bowled Aidan Fraser as Pembroke slipped to 89-8.

They were determined however to see the game out and Paul White finished unbeaten on 16 while Sam Davies was unbeaten on 7.

It meant that Pembroke had finished their second innings on 102-8 but also that Neyland were victorious by 169 runs.

Ashley Sutton was named as the player of the match for his two excellent batting displays.