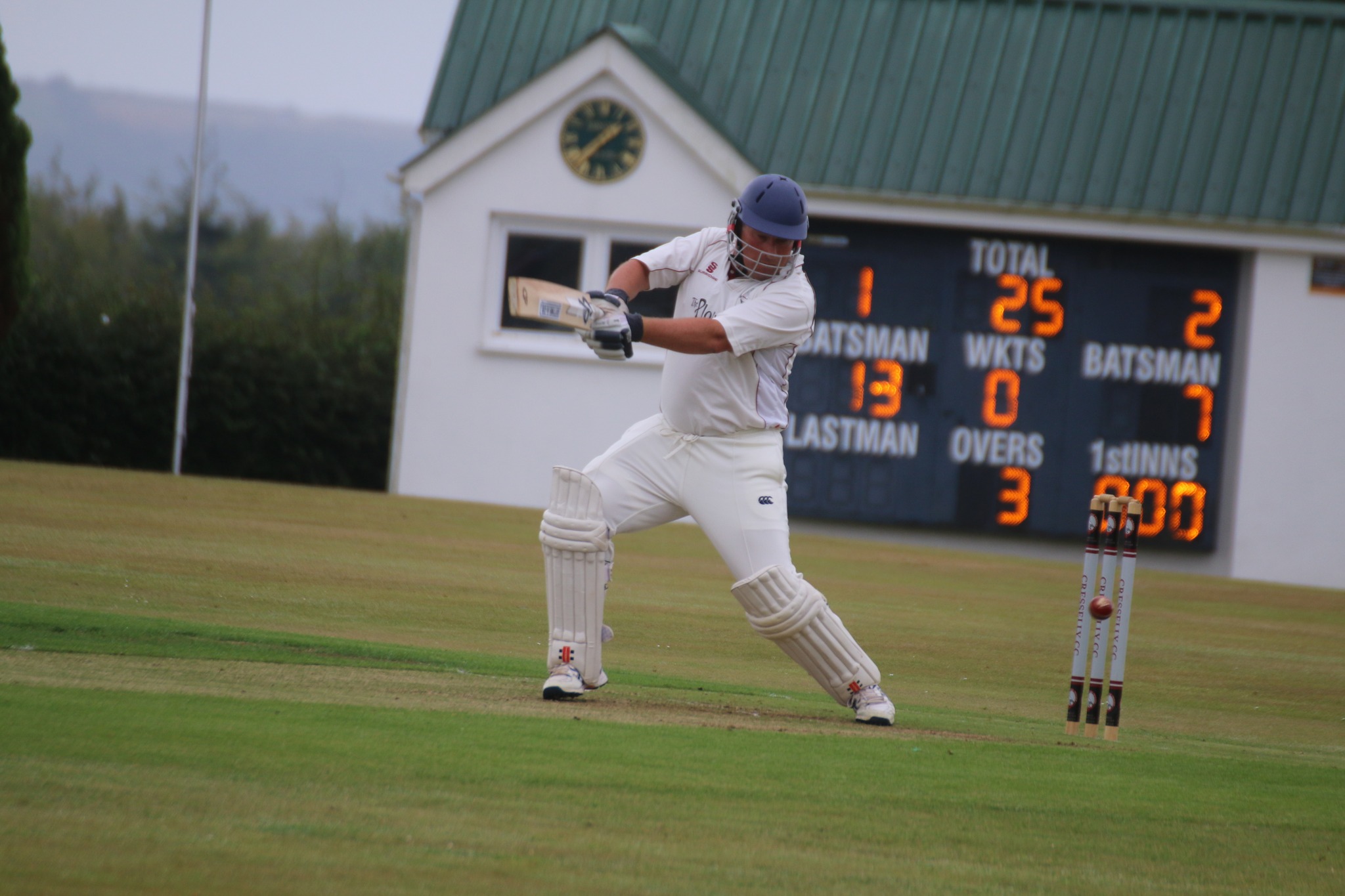 CRESSELLY edged ahead in the Division 1 title race on Saturday (Jul 30) as they beat St Ishmaels by 60 runs.

Tish won the toss and chose to bat but they could only watch on as Cresselly again reached 300 runs.

Adam Chandler and Simon Cole shared 100 runs for the first wicket but Chandler was first out when he was caught by Jordan Millich off the bowling of Andrew Pawlett.

Cole and Iwan Izzard continued to push the score on as they added another 151 runs for the second wicket.

Both passed their half centuries but it was Izzard, who had hit four fours and two sixes in his score of 53 from 38 balls, who was next to go when he was caught by Brennan Devonald off the bowling of Millich.

Cole had hit 18 fours and five sixes but his excellent knock of 142 was eventually brought to an end when he was caught by Devonald off the bowling of Millich.

Tish then took more wickets as they looked to keep the score down. Peter Bradshaw had the wicket of Nicky Cope and he was followed back by Ryan Lewis who was bowled by Millich.

Millich then trapped Dan James leg before as Cresselly were reduced to 293-6.

Alex Bayley was then also out, having made a score of 16, when he was stumped by Huw Scriven off the bowling of Bradshaw.

Tom Murphy hit two late fours to take Cresselly to their total of 304-7 before declaring after 38 overs.

Tish knew they would need to make a good start if they were to reach that total but they lost opener Daniel Richards when he was trapped leg before by Ryan Lewis.

Peter Bradshaw and Karl Rhead added 52 runs for the second wicket but Cresselly struck again as Charlie Arthur bowled Rhead on a score of 15.

Bradshaw and Brennan Devonald then shared 135 runs for the third wicket as they looked to keep their side in with a chance of victory.

Bradshaw hit ten fours in his score of 72 but he was trapped leg before by Nicky Cope.

Tom Murphy then had Phil Cockburn caught by Lewis as Tish’s innings began to stall.

Devonald reached his century but he then saw Jonathan Pawlett caught by Alex Bayley off the bowling of Murphy on a score of 12.

Jordan Millich was then bowled by Nicky Cope as Tish were reduced to 217-6.

Devonald had hit 12 fours and five sixes in his score of 108 from 85 balls but he was caught by Neilson Cole off the bowling of Murphy.

That all but ended any hopes Tish had of victory and Cresselly went on to close the game out.

Lewis trapped Huw Scriven leg before and Ieuan Hawkins caught by Neilson Cole before Andrew Pawlett was bowled by Arthur on a score of 16.

That saw Tish bowled out for 244 and gave Cresselly victory by 60 runs.

Cresselly now have a 13-point lead over nearest challengers Carew with three games left to play.