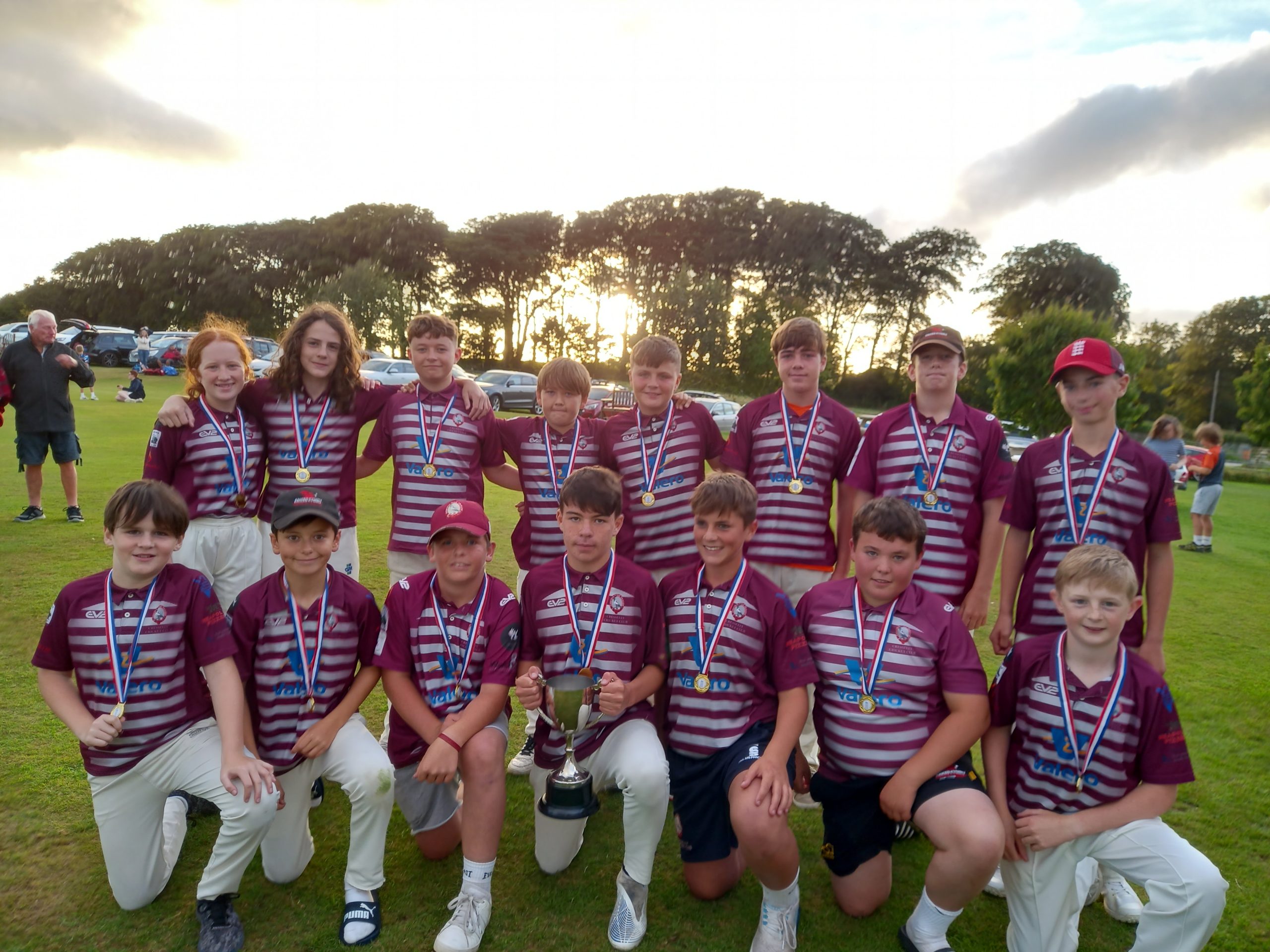 THIS years’ final was between the top two sides from the North group and promised to be an exciting affair with a tie in their league encounter.

Cresselly had won their group and defeated St Ishmaels in the semi final with Kilgetty runners up in the group winning against the previous unbeaten Haverfordwest who won the South group.

Captain of Cresselly Tyler James won the toss against his counterpart Logan Hall of Kilgetty and decided to bowl. The game was a superb advert for Pembrokeshire Under 13’s cricket and certainly lived up to its expectation with an excellent and a high standard of cricket in all three departments by both teams

Cresselly struck early with wickets from Oscar lewis (1-10) and Tyler himself (1-11) However Olly Cook with some excellent straight drives built slowly eventually retiring on 25 assisted by George Morgan 13 (one 6) and some fine strokes by Ollie Tucker 25* and 11 from Dylan Sine.

Milo Jones (1-19) was the other wicket taker and Ollie Arthur had a tight spell of bowling conceding only 6 runs off his 3 overs.

Kilgetty needed a good start and they got it with Olly Cook (2-13) striking early but a powerful knock by Griff Jenkins (25*) despatching the ball to all parts of the ground gave Cresselly a solid start.

Lewis Mason continued the good work (25* one 6). There was an excellent run out by Olly Cook with one stump to aim at from square leg and despite the best efforts of all the Kilgetty bowlers a strong inninings at the end by Iori Thomas (25* one big 6 over the hedge at mid wicket) saw Cresselly home after an exciting game that on another day could have gone either way.

It was great to see a large supportive crowd at the game who enjoyed an excellent evening of entertaining cricket.

In the presentation after the match Martin Jones (Junior Organiser) congratulated both sides on reaching the Final with some excellent play by both and Cresselly for their victory. Both sides should be proud of their Junior sections.

He thanked Cresselly for hosting the final including Richard Arthur and Glyn Cole the grounds staff. Afterwards the Club on refreshments for the players, which was well received. Thanks to Steffan Jenkins for his organisation.

He thanked Umpires Chris Stapleton and Dave Bonner, Scorers Becky Badham & Cerys Jenkins who all contributed to the evenings entertainment.

Last and by no means least he thanked Sponsors Colin John of Llewelyn Davies & Co Chartered Accountants for his continued and valuable support of Junior Cricket in the County. It was also great to see Richard Merriman, County Chairman present.

The player of the match award sponsored by the Williams family in memory of the late John Williams, who had umpired this final for countless years who was a distinguished umpire, highly respected by all in Pembrokeshire cricket and further afield was presented by Hilary Williams, widow and her son Mark togerther with his brother Phil.