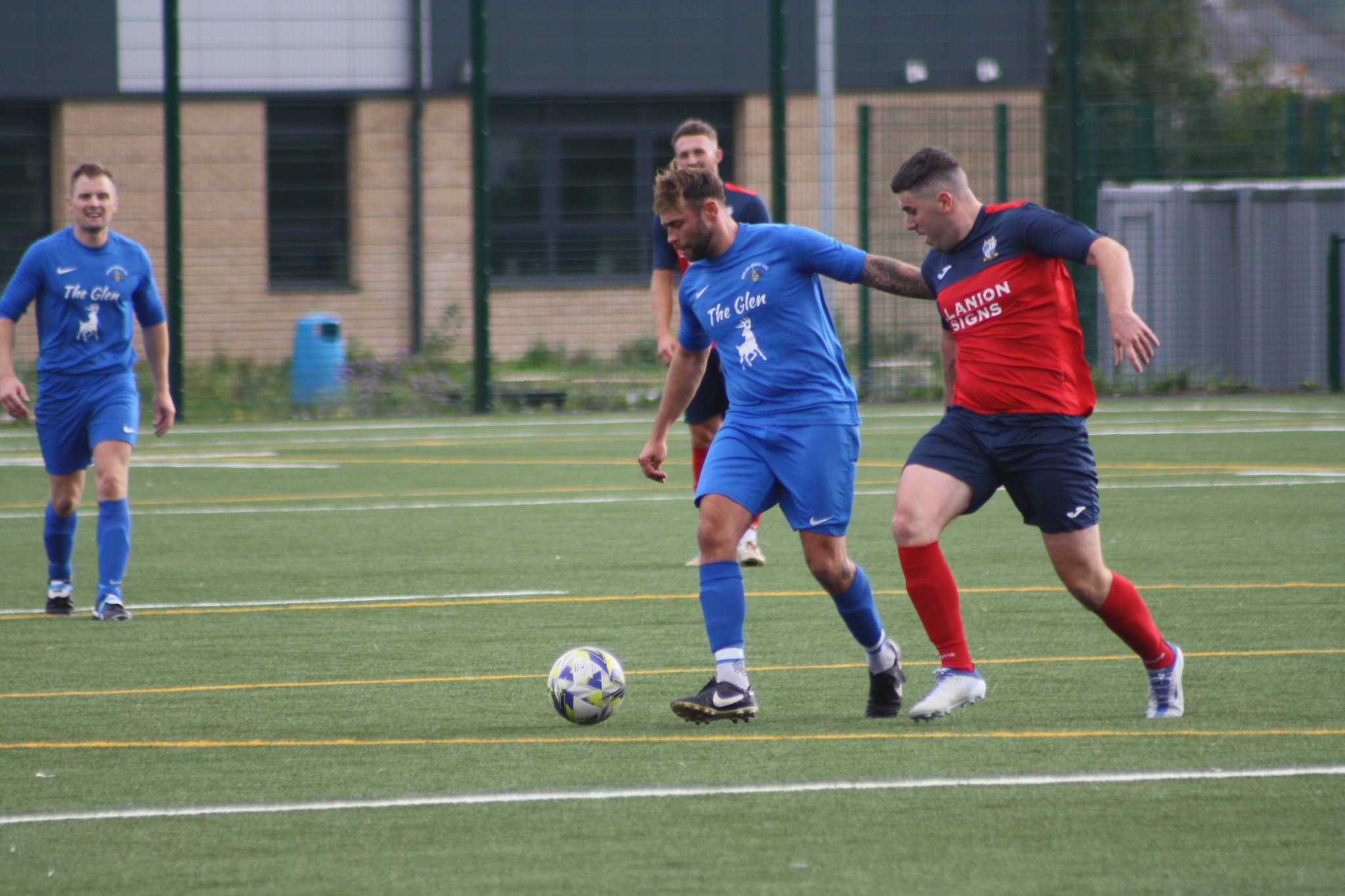 MERLINS BRIDGE picked up their first win of the season as they beat Monkton Swifts 6-2 on their new pitch at the Pembrokeshire Sports Village.

It was Monkton who took the lead though as Ben Steele scored with the assist coming from Jamie Wilkes.

The Wizards then turned the game on its head with three goals in as many minutes.

Joe Leahy scored first and Dai Davies then put the home side ahead a minute later.

They weren’t done there as Alfie Stottor added the Wizards’ third.

There was another chance for the Bridge but Swifts keeper Jordan Boswell gathered the ball before being clattered into.

Nothing was done about the collision and moments later Boswell committed a foul which gave the Wizards a penalty.

Joe Leahy stepped up and fired low into the bottom left corner to make it 4-1.

Ben Steele shot wide towards the end of the half as the Swifts looked for a way back into the game.

Midway through the second half the Swifts were also given a penalty. Steele scored from the spot to give his side hope of rescuing a point.

However, with 15 minutes to go, Stottor grabbed his second of the game to make it 5-2 and to all but seal the points.

Sub David Cromwell then added Merlins Bridge’s sixth goal to put the icing on the cake.

Merlins Bridge boss Jay Kennedy ‘JK’ said after the match: “Delighted with the result yesterday, the lads were first class in there application and the way they played.

“We have an amazing facility to play at with the Pembrokeshire Sports Village and the lads have embraced that & the way I want them to play & conduct themselves.

“To play & train on the new 4G the boys have got the best facilities in the Pembrokeshire league.

“With all the new club tracksuits & training wear coming soon & the 4G facility we’re playing at the club are moving in the right direction.

“We’re still actively looking to strengthen the squad & I am sure we will do that in the coming weeks.

“We move forward again & continue to keep improving next weekend away at Pennar which we will be ready for.”