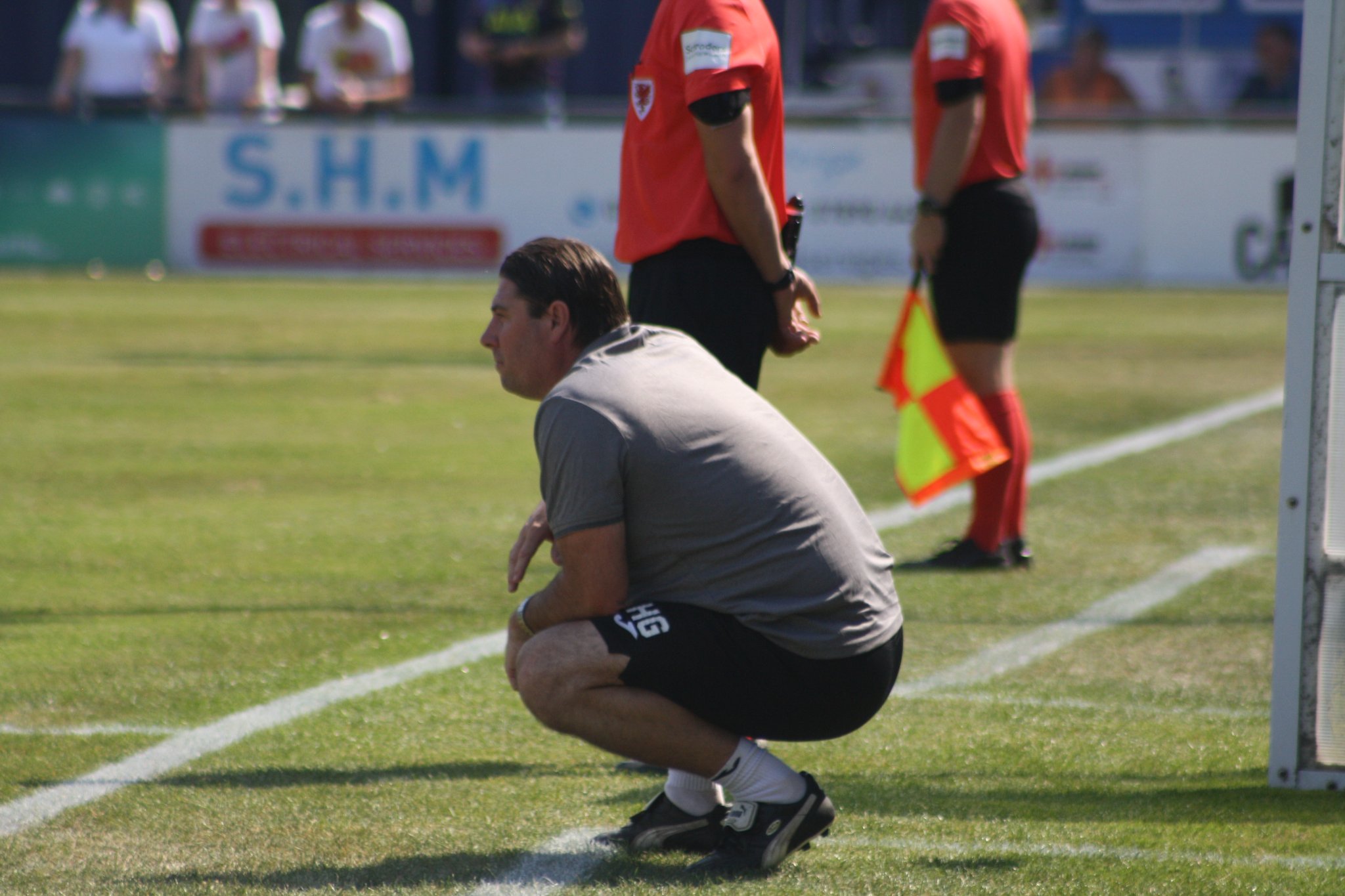 Haverfordwest County were left wondering what might have been after a competitive game at The Oval ended 2-1 in favour of Caernarfon Town on Saturday (Sept 17).

JD Cymru Premier action returned after a week’s break following the death of Her late Majesty Queen Elizabeth II, and the Bluebirds got off to a poor start with Fidel O’Rourke’s strike giving the Canaries an early lead.

A fine solo effort from Jack Wilson drew the Bluebirds level, but, despite appearing to have the momentum, County conceded for a second time when Joe Faux found the net with what turned out to be the decisive goal.

Manager Tony Pennock made one change to the starting lineup from the last outing against Newtown a fortnight ago, with Elliot Scotcher coming in for Jazz Richards, who was unavailable through injury. There was also a first appearance in the matchday squad for striker Ivan Watkins, who joined the club on deadline day.

It was the hosts who started better as Rob Hughes’ shot from the edge of the area took a deflection and looped over the crossbar inside the first minute of the game.

Then, just four minutes later, Caernarfon went ahead when the ball landed invitingly for O’Rourke to fire home from inside the area, with the Bluebirds defending with just nine men with Rhys Abbruzzese and Ioan Evans off the pitch receiving treatment.

The heavy knock which Evans sustained eventually forced him off five minutes later, after he had tried to shake it off to no avail, with Watkins coming on in his place to make his debut for the Bluebirds.

Pennock’s side showed a good response to going a goal behind, and they created a great chance to equalise when a pinpoint ball upfield from Abbruzzese picked out Wilson, but he was denied by Josh Tibbetts after bringing the ball under control and shooting from just inside the area.

The remainder of the first-half was keenly-contested, as both sides battled to gain control. The closest County came to levelling was when Scotcher’s free-kick in stoppage time flew just over the bar.

Haverfordwest County came out with real intent after the restart, and could have found the net just two minutes into the second-half when Wilson’s ball to the far post almost picked out Jordan Davies, but the striker was unable to reach it and get the touch which surely would have sent it goalwards.

Watkins then blazed an effort over the bar as the Bluebirds continued to keep the pressure on, and it paid off just minutes later when another inch-perfect pass from Abbruzzese found Wilson, and the winger’s quick feet left Dion Donohue floundering before he shot past Tibbetts into the left corner to make it 1-1.

Now with the momentum, County pressed for a second goal, and they came close when Watkins’ squared pass found Ben Fawcett and Wilson was close by to strike the loose ball which was tipped over the bar by Tibbetts.

However, just five minutes later, the Caernarfon restored their lead when Faux was played in by a through ball and struck his first-time effort into the right corner.

After signing his first professional contract with the club last week, youngster Harri John was introduced with just under 20 minutes remaining to make his senior debut for Haverfordwest County.

The remaining chances in the game both fell the way of the Bluebirds. Captain Dylan Rees was unable to mark his birthday with a goal as his lobbed effort from inside the area was off target, before Fawcett saw his header from point-blank range well saved by Tibbetts to deny the Bluebirds what would have been a deserved share of the spoils.

Haverfordwest County are next in action on Tuesday evening, when they travel to Rhiw’r Ddar to face Taff’s Well in the third round of the Nathaniel MG Cup, kick-off is at 7.45pm.

The Bluebirds then return to league action on Saturday, September 24 as they host Flint Town United at the Ogi Bridge Meadow, kick-off at 2.30pm.