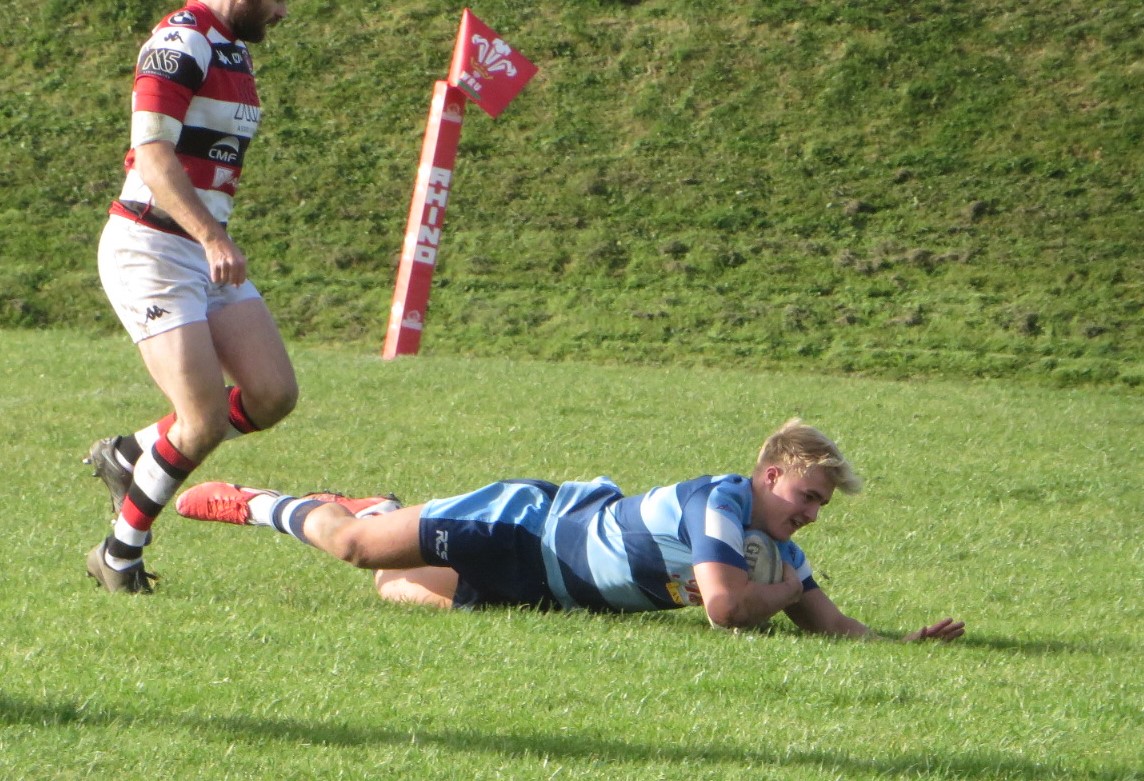 ANOTHER difficult fixture for Narberth in a very tough and competitive league saw Pontypool RFC visiting the Lewis Lloyd Ground in the Championship Cup Competition on Saturday (Oct 15).

‘Pooler’ had brought a big crowd with them and the 500 seater Grandstand was packed to capacity with WRU Board member Anthony Buchanan and Geraint John, Community Director of Rugby amongst the spectators.

Pontypool has amassed a team capable of matching anyone in the Premier Division and with a strong wind at their backs in the first half they took little time to dismantle the Narberth defence.

The Otters are currently lacking a few seasoned players through injury and the young inexperienced side failed to cope early on with some excellent attacking play from the rampant Pontypool forwards and elusive backs.

A set piece move at the line-out saw the Pontypool hooker dive over in the corner for the first try and this was quickly followed by a try from broken play scored by the Pooler outside centre (0-10).

Nick Gale then kicked a penalty for the Otters but further tries followed from the Pooler full back who collected the ball from a kick ahead and scored wide out and a second for their hooker who dived in under the posts (3-24).

There were still ten minutes to go before half time and Pontypool used this time to increase their lead with further tries from their scrum half and inside centre to leave the half time score at 3-38.

The Narberth supporters were fearing the worst but everyone appeared to have underestimated both the significant strength of the wind and the plucky young Otters who didn’t let their heads drop and took full advantage of the conditions.

Within minutes of the second have starting, the Otters had got some points on the board when a flowing three-quarter movement saw wing Josh Davies kick the ball downfield, reclaim possession and score a try close to the posts. Gale duly converted.

Pooler responded immediately and from close quarters their No.8 drove over to once again extend the lead to 10-45.

Narberth refused to give up and from a sloppy Pooler line-out throw Otters flanker Josh Hamer collected the ball on the half way line and raced downfield to score wide out. Fly half Jonathan Rogers converted the try (17-45).

With the wind causing problems Pontypool reverted to keeping the ball tight amongst the forwards but the Narberth defence held firm and kept knocking them back on every occasion.

To the delight of their supporters the Otters scored one final try when replacement scrum half George MacDonald picked up a loose ball at a ruck and dived in under the posts to make the final score a more respectable 24-45 to the visitors.