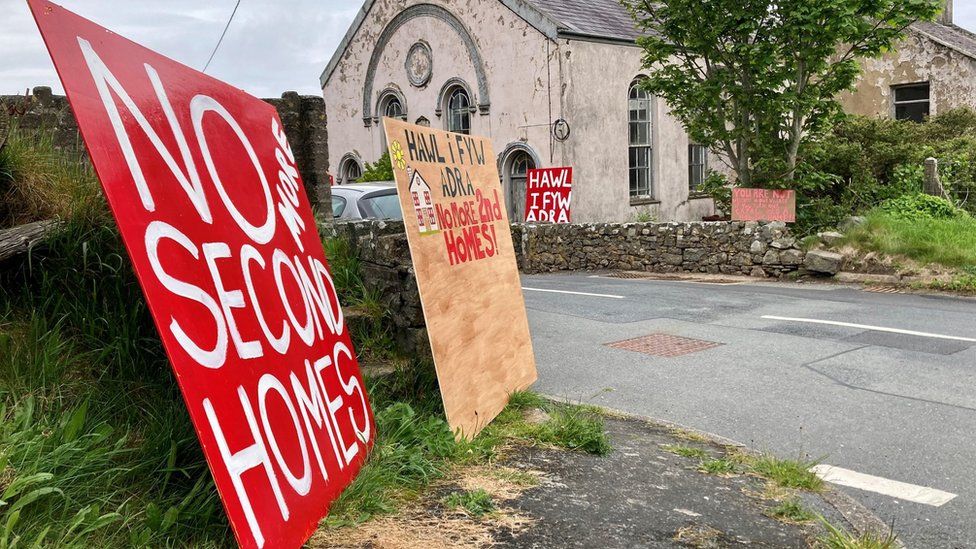 RESULTS from the 2021 Census show Wales’s “second homes problem” is not as straightforward as activists believe.

In key tourism areas, many second homes are owned by those with home addresses in the same county or within Wales.

That undermines several assumptions underpinning the Welsh Government’s and nationalists’ rationale for targeting second homeowners with increased levels of Council Tax. It also suggests that their Welsh owners use properties registered as second homes as undeclared holiday-letting units.

Much of the heat in the second homes debate arises from fears that “incomers” (code for English residents) exploit low Welsh property prices to enrich themselves and price locals out of property markets. There are undoubtedly areas of Wales where that is the case – particularly in places like Abersoch in North Wales or, in Pembrokeshire, along the St David’s Peninsula and Tenby.

However, the census statistics show that 7.5% of homeowners in Gwynedd – where the campaign against second homes is hottest – own second homes. Not all of those second homes are necessarily in Gwynedd or Wales. However, home ownership patterns suggest that a significant proportion of those declaring a second home own them within a short distance from their primary residences.

The number of homeowners who declared second homes varies between Welsh counties in a semi-predictable pattern.

Census data produced by the Office of National Statistics (ONS) shows the following:

Carmarthenshire recorded a population exceeding 180,000. Around 6,100 declared a second home, 760 outside England and Wales.

Of around 73,000 individuals in Ceredigion, just under 6,500 declared they owned a second home, with 815 homes outside England and Wales.

In Pembrokeshire, the Census recorded a population of just under 119,000. Over 4,200 reported second home ownership, of which 745 are outside England and Wales.

Gwynedd showed that 7,800 declared a second ownership out of a population of 108,000. Over 1,100 of those second homes are outside England and Wales.

Converting those figures into percentages and ignoring those homes outside the UK shows that Ceredigion is a huge outlier in second home ownership. 7.8% of its population own second homes in England or Wales. The corresponding figure for Pembrokeshire is 3%, for Carmarthenshire, it’s 3%, and for Gwynedd, it’s a fraction above 6%.

Cardiff is the only Welsh Council area that exceeds Ceredigion for second home ownership in England and Wales, where 8% of the permanent population own such properties.

Comparing that data with Council Tax records shows the following:

Carmarthenshire reports 1,100 second homes, although this is likely an underestimate.

Pembrokeshire records 3,800 second homes or holiday lets that are charged a premium and a further 422 which are not.

In Gwynedd, the figure is 3,750 second homes whose owners pay a premium and an additional 975 second homes not charged a premium.

The Isle of Anglesey has the largest percentage of second homes as a proportion of housing stock.

Comparing second home ownership rates and Council Tax data suggests a strong correlation between the number of people who own second homes and those who live within the local authorities covered above. In other words, those affected most by a second-home premium are likelier to live in Wales than come from outside its borders.

In Gwynedd and Pembrokeshire, the data suggests property flipping to avoid Council Tax is not solely the preserve of greedy incomers capitalising on lower property prices. The same data suggests that new legislation trying to register properties in the right category faces a major obstacle separating second homes owned by residents from those held by predatory speculators.

The Welsh Government places the onus for overseeing the administration of Council Tax premiums and the correct registration of holiday lets onto Welsh councils. How local authorities can fund those functions, let alone carry them out, without significant extra resources is open to question.

Netflix to give evidence in Wales broadcast probe