A SAUNDERSFOOT chef knocked a young woman unconscious after an incident on the dancefloor of a Carmarthen pub.

Henri Pritchard, who is currently living in Laugharne, fractured Briana Robinson’s cheek in the attack, outside the Spread Eagle in King Street .

Craig Jones, prosecuting, told Swansea Crown Court how a group of young woman had travelled from Cornwall to south Wales for a holiday and on January 30, 2014, found themselves inside the Spread Eagle.

Mr Jones said an incident took place on the dancefloor involving a friend of Miss Robinson’s and a friend of Pritchard’s.

The two men left the pub but Miss Robinson, aged 18 at the time and 19 now, followed and began remonstrating with Pritchard.

Mr Jones said Pritchard was by then extremely drunk and “made no sense” when he began telling Miss Robinson how much money he made and calling her a slut.

Miss Robinson pointed out that she had not met him before that evening.

She suddenly felt “a massive hit” to the side of her face and she fell down unconscious.  She was taken to Morriston hospital, Swansea, and found to have suffered a fractured cheekbone, although it did not require surgery.

However, she suffered bruising that took two months to fade away, lost time off work and was now worried about going out at night.

Immediately afterwards, Pritchard threw a friend of Miss Robinson’s to the ground.

Security staff intervened and the police were soon on the scene, said Mr Jones.

After his arrest Pritchard told police he had been so drunk he could not remember attacking Miss Robinson.

His barrister, James Hartson, said he was deeply ashamed and it had taken a long time for him to accept what he had done.

Pritchard, he added, was due to become a father in June.

The Judge, Mr Recorder Ifan Wyn Lloyd Jones, said the assault was a serious example of ABH and Pritchard could have been charged with a more serious offence.

“She said later that it felt to her that her mouth was exploding,” he added.

Pritchard was jailed for six months, suspended for two years, and ordered to carry out 200 hours of unpaid work for the community.

He was also placed under a 9.30pm to 7am curfew and told to pay Miss Robinson £1,200 in compensation, plus a government surcharge.

Motions ‘kicked into the long grass’ 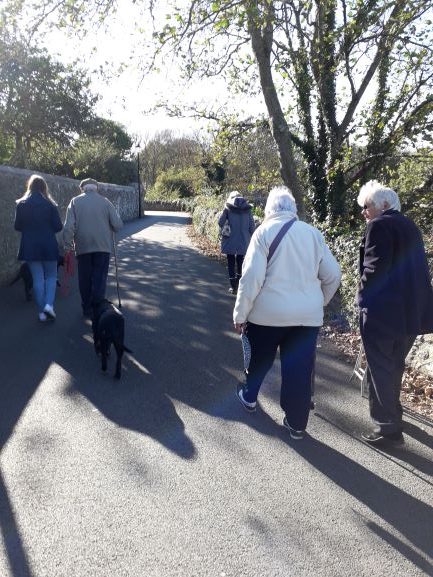