PLANS have been submitted for two new schools in Pembrokeshire.

Both projects are being jointly funded by Pembrokeshire County Council and Welsh Government as part of the 21st Century Schools Programme.

The Cabinet Member for Education, Councillor David Lloyd, said: “This is the culmination of a highly successful period of consultation regarding very challenging matters.

“I would congratulate all parties who have helped to achieve these two important outcomes. The overriding object must always be to fulfil the potential of our children and I am absolutely certain that these two projects will contribute considerably to this.”

Also included in the application are plans for a 3G pitch and associated sports facilities for the new school.

If approved, work would start on site at the beginning of 2017, with the new school opening in September 2018.

Drop-in sessions for the public to view the plans will be held at the beginning of the autumn term at a location to be announced.

The primary school application involves a 120-place school plus Early Years Unit opposite the existing Orielton CP School in Hundleton.

It will serve pupils based on the Angle peninsula and will follow the closure of Stackpole, Angle and Orielton schools.

The application is due for consideration by the Authority’s Planning and Rights of Way Committee in September.

If approved, work would start at the end of September with the new school due for completion by September, 2017.

Again, drop-in sessions to view the plans will be held at Stackpole, Orielton and Angle schools at the beginning of the autumn term.

Additionally, plans for both new schools will be also on display in the Learning Zone at the County Show in Withybush, Haverfordwest, from August 16 – 18, where officers will be present to answer any questions.

An eventful summer at Milford Marina 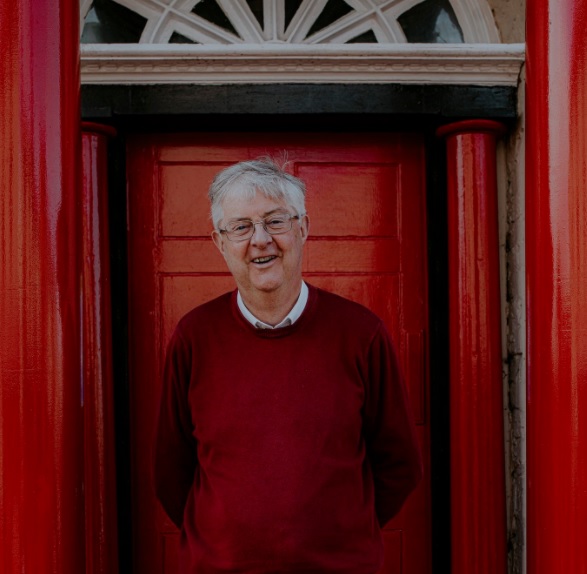 LABOUR is staying in power in Wales after matching its best-ever Senedd election result. It won exactly half of the 60 seats in the Welsh Parliament with all results now declared

Labour has 30 seats, with the Conservatives on 16, Plaid Cymru on 13 and the Liberal Democrats one.
Mark Drakeford thanked Wales for “going red” and has vowed to be “radical” and “ambitious” in government, as Labour looks to solidify its leadership in Wales.

Labour’s Vaughan Gething, health minister in the Welsh government, told the media that the party didn’t “have to look at a formal coalition” because they had done so well.

“We do, however, have to talk to other groups within the Senedd,” he said.

Mr Gething said Labour had a “strong mandate to govern” with 30 of the Senedd’s 60 seats.

The Wales Green Party failed to win a seat in the Senedd elections but they say they recorded their highest-ever result in Wales. Leader Anthony Slaughter said the “results demonstrate the appetite for change” across Wales.

Amelia Womack, deputy leader of the Green Party, said: “We seem to be getting votes from all of the parties and support on that regional list as people increase their knowledge of the voting system.”

Adam Price, who held Carmarthen East and Dinefwr with a reduced majority, said he would not stand down as Plaid Cymru leader.

Despite no gains, Mr Price said the party had increased its share of the vote and its stance on independence had been a “net positive”.

“I’m not walking away from anything, because this is the moment when Wales needs leadership,” he said.

“This is a historic challenge, because of the way that the politics is moving in this island, but it’s also a historic opportunity for us.

“We can move our nation forward and I’m looking forward to playing my part, it’s not something that anyone can do on their own.

Later, on social media, Adam Price said: ” I extend my congratulations to Mark Drakeford on securing a mandate to lead the next government. Although disappointed not to be returning more Members to the Senedd, I am proud that we ran a positive campaign based on a transformational programme.

“Our Senedd group will bring renewed energy and fresh ideas and I look forward to working with all my colleagues as we continue to build the case for independence. We will be a constructive but forensic opposition as we enter a crucial period of pandemic recovery.

“However, the sixth Senedd will be poorer without one of Wales’s most remarkable politicians. No one has given more to the party or to her community than Leanne Wood – an inspiring role model for so many.

“Leanne’s commitment to the Rhondda is unparalleled and I know she will continue to make an important contribution to the future of our nation and the pursuit of social justice which always has and always will drive her politics.

“Westminster’s attack on devolution is only just beginning and Wales needs a plan – that plan must focus on taking our own future into our own hands so we can build a nation that is fair and free.

The Welsh Conservatives say that they have secured the party’s best ever result in a Senedd election, winning 16 seats in the Welsh Parliament.

In a statement to the press the party said: “Today’s final election results have seen the Welsh Conservatives secure two regional list seats in both South Wales Central and South Wales East.

“Welsh Conservatives polled 289,802 votes (share up 5.0) across 40 constituencies – 26.1% of the vote – winning eight seats including gains in both the Vale of Clwyd and Brecon and Radnorshire.

“On the five regional lists, Welsh Conservatives secured 278,560 votes (share up 6.3), winning eight seats. The result will see the Senedd return its first ever female from a BAME background, with Welsh Conservatives’ Natasha Asghar making history with election in South Wales East.

“The team has gone above and beyond and deserve great credit for the positive campaign we’ve run right across Wales, and I am thrilled to see Natasha Asghar make history in South Wales East by becoming the first female from a BAME background to be elected to the Senedd.

“As a party we are also delighted to have secured constituency seats in the Vale of Clwyd and Brecon and Radnorshire, and increased seats on the regional lists, resulting in our highest ever representation in the Senedd with 16 members.

“It’s been an unconventional campaign and it’s clear incumbency and continuity has played a significant part. To that end, I would like to offer my sincere congratulations to Mark Drakeford and Welsh Labour on a successful campaign.

“The election has been fought in good spirit by political parties in Wales and I would like to pay a final word of thanks to the many officials across the country who’ve allowed this election to take place in a safe and effective manner.”

Ian Price, director of CBI Wales, congratulated Labour. He said: “This is a critical time for the Welsh economy and the new parliament must have a laser-like focus on rebuilding from the devastating impact of the pandemic,” he said.
“That means all parties pulling together and working with business to protect jobs, rebuild livelihoods and create a fair and sustainable recovery that addresses the longstanding structural challenges our economy faces.”

Royal Town Planning Institute, largest professional body for town planners in the UK and Europe, commented on the election result saying: “The Welsh Labour Manifesto meets many of the issues raised by the RTPI, including tackling climate action, investing in public transport and active travel, and the delivery of quality affordable homes, including a focus on strengthening Welsh language communities.

“The manifesto commits to strengthening the autonomy and effectiveness of local government to make them more successful in delivering services. We have highlighted the need to invest in planning services to enable the delivery of Welsh Labour’s priorities.”

Speaking to the BBC, political commentator Prof Roger Awan-Scully said: “I think it’s been an astonishingly resilient performance by the Welsh Labour Party, amidst disasters for Labour elsewhere in the UK.

“The Conservatives are also performing strongly, but not quite bringing it home in terms of the number of constituency victories that they might have expected.

“For Plaid Cymru I think this has to be said to be a deeply disappointing election.”