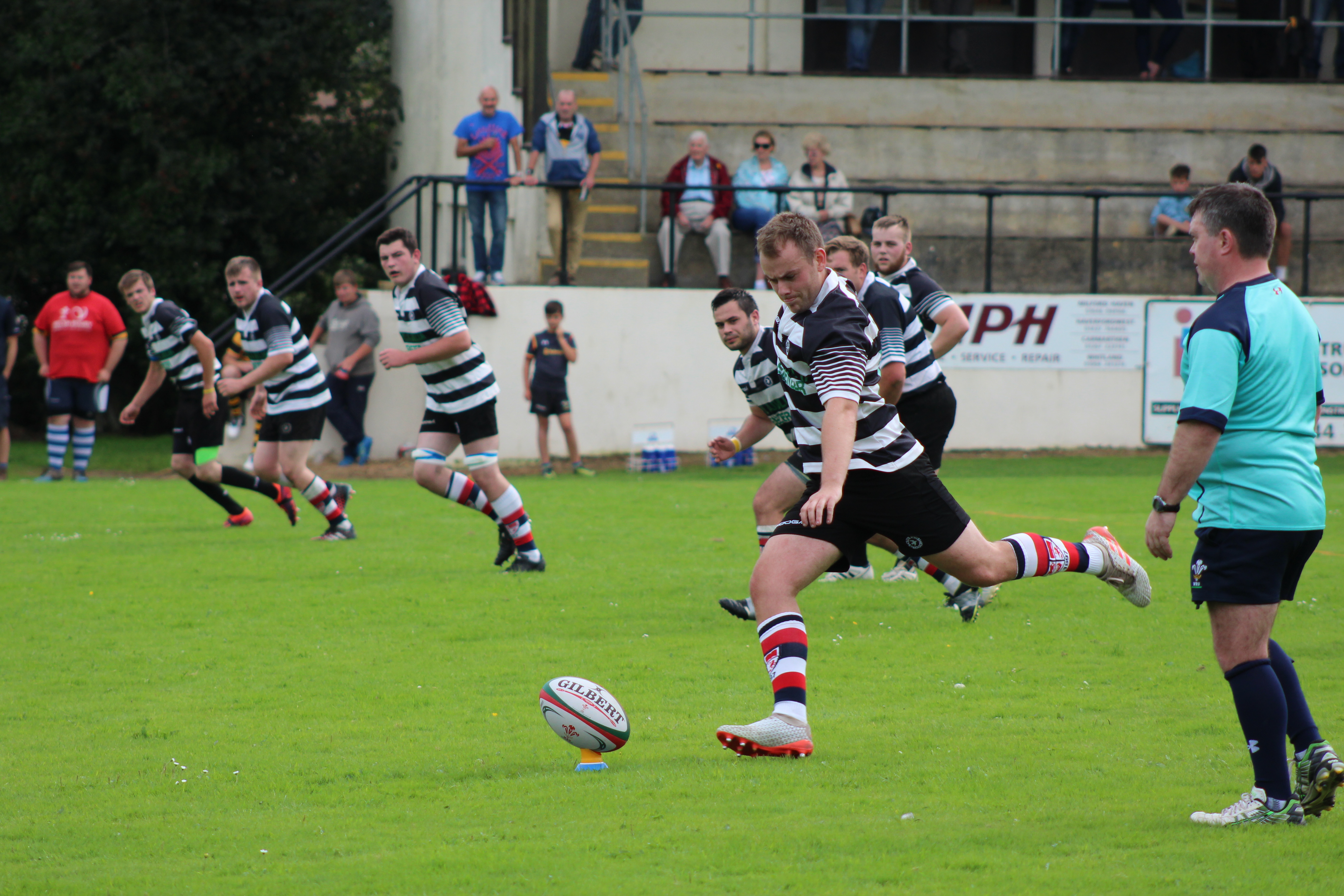 A DETERMINED Llangwm side were beaten 42-26 by Tregaron in their opening game of the season at Pill Parks on Saturday (Sept 2).

It was Tregaron who made the better start with only two minutes gone as Mel Davies raced over in the left corner but Outside Half Gwion Phillips failed to add the extra two points.

Phillips then kicked a penalty soon after to give the visitors an 8-0 lead.

Llangwm looked to clear their lines but when a kick was charged down the ball rolled into the try area and it was Davies again who touched the ball down despite the best efforts of Josh Hicks. The conversion was wide and Tregaron’s lead remained at 13-0.

With twenty minutes gone, Llangwm started to come into the game and after winning a series of penalties, they opted to kick for goal and Steve Inward sent the ball through the posts to reduce the gap. However, just two minutes later, Mel Davies faked a pass to create some space and was able to burst through for his hat-trick try and Gwion Phillips added the extra two points for a 20-3 lead.

The home side did not give up and were soon back on the attack and kicked to touch for a line out on the 22. They won the lineout but another infringement gave the home side a scrum. From there Gavin Jones picked up the ball and burst his way through to score the try and Inward added the extra two points.

With two minutes to go until half time Llangwm pushed for a second try and were rewarded when Luke Hayman made his way over and Inward sent the conversion through the posts to make it 20-17.

On the stroke of half time Tregaron were awarded a penalty which Phillips sent through the posts for a 23-17 half time score line.

Llangwm started well in the second half and reduced the gap further when Inward kicked a penalty from the half way line, assisted by the wind, to make it 23-20.

But as Llangwm looked to keep the pressure on they began to tire and Tregaron took advantage to close the game out.

Rhydian Jones crossed over but the conversion from Phillips was wide.

Hefin Ebenezer also went over and Gethin Jones crossed, both of which were converted by Phillips.

Inward added a final penalty for the hosts but it wasn’t enough as Tregaron closed the game out for a first win of the season.

On Saturday, September 9, Llangwm will be looking to bounce back when they travel to St Davids.

Football sides back in action