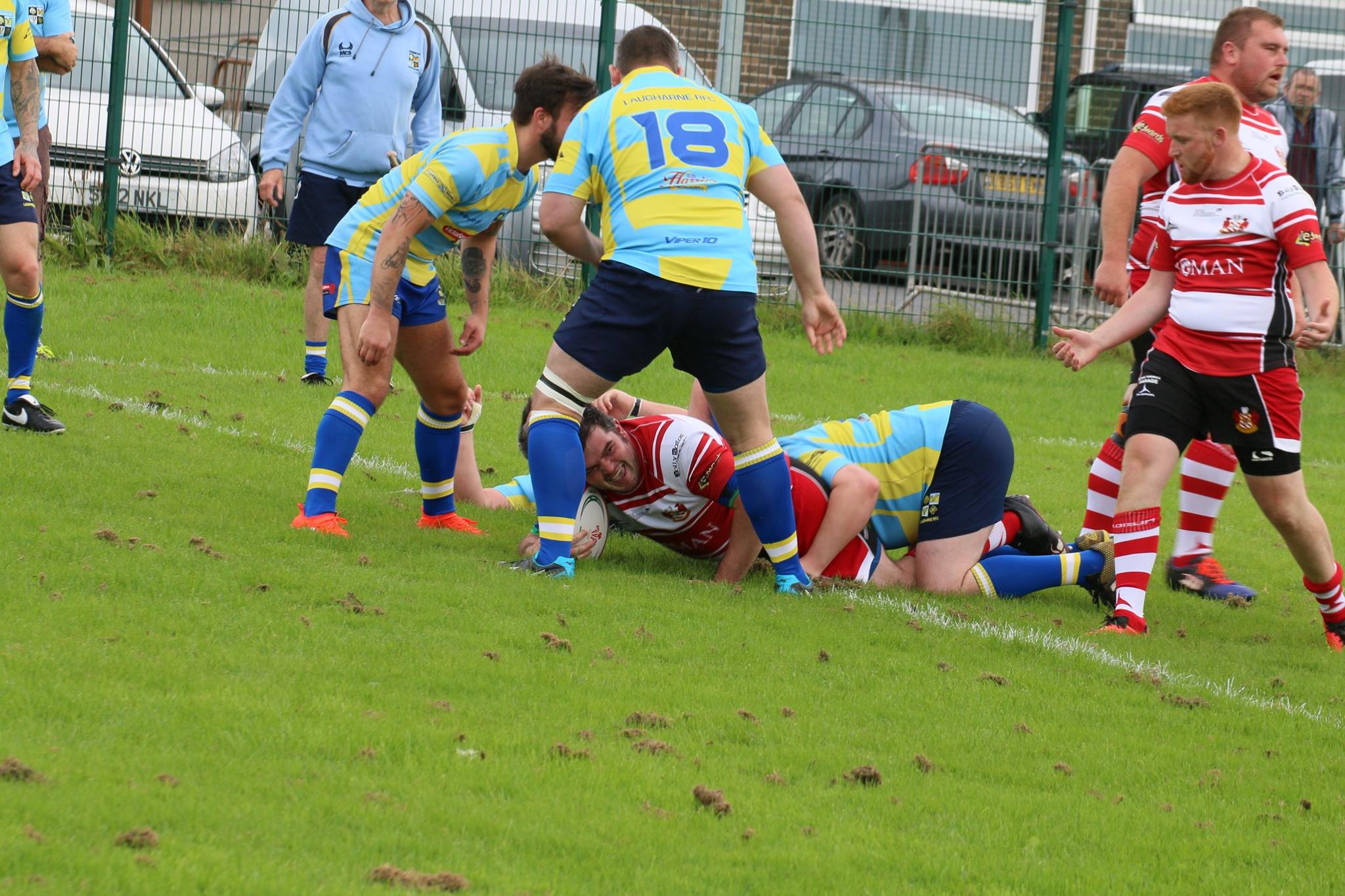 Milford Haven and Laugharne kicked off their League 3 West A campaigns with a thrilling 31-31 draw at the Observatory Field on Saturday (Sept 2).

Both teams were well up for the challenge with Colin Phillips the match official.

The match was a must for any neutral rugby fan with action going from end to end and it was Laugharne who crossed the white wash first for a try by hooker Richie Waters crossed from a quick tap penalty. Laugharne then again scored with winger Gareth Spiers given the Cocklemen a 14-0 lead.

The Mariners then struck back with some great running from the centre partnership of Dan Jenkins and Craig ‘Yoda’ Thomas, which saw Thomas touch down, followed shortly by Jenkins touching down in the far corner, both tries were converted by scrum Half Dan McClelland, given the mariners a 19-14 lead.

It was now the turn of the Mariners pack to show off their hard work which they have develops on the training field in pre-season under the watchful eye of new forwards coach Jamie Parr. An excellent line out move saw the ever present Dai Sweeny cross the line.

Things then tighten up before half time with both defences holding solid to deny each other, during this period Milford were reduced to 14 men for the rest of the game as ref Phillips issued a red card to Milford hooker Luke Ryan for lashing out at the opposition. After Half time the cockle man reduced the score with a kick from the boot of Jameson.

The Mariner’s then crossed the line again with a well worked try which saw young flanker Ben Groves touch down, which was excellently converted from out wide by McClelland.

The action was on a knife edge for a long period in the second half with action swinging from end to end before the visitors were awarded a penalty try to make the score 26-24.

It was then the turn of pace Milford’s winger Lee Riley who latched onto a pass and sped over after a blistering 22 meter sprint which went unconverted.

There was the a sustained amount of pressure on the Laugharne pack in the bottom corner of the Obs which saw the mariner’s pack of 7 come close to a push over try on several occasions but the Cocklemen withheld the pressure.

Both teams’ fitness levels were excellent examples of good pre-season training as the game went deep into time added on, but it was the turn of the visitors to score with a series of forward drives which saw Jones crash over and Jameson kick the conversion which saw the score level when the final whistle eventually blew.

On Saturday (Sept 9) Laugharne have a break from League Action whilst the Mariners travel the short distance to local rivals Neyland which has been a tough battle for many years.

Tregaron too good for Llangwm