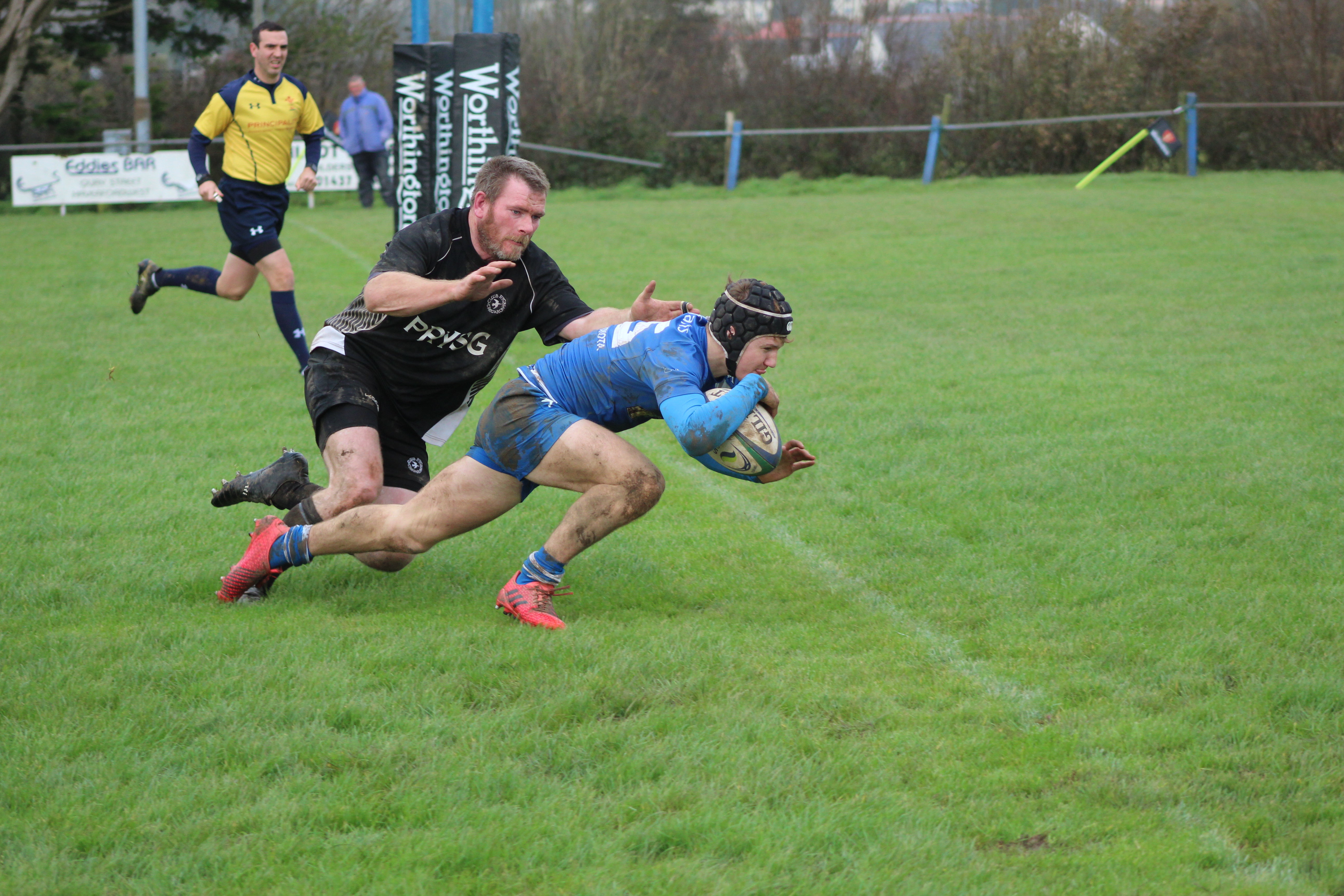 HAVERFORDWEST moved up to second place in League 3 West A with a thumping 64-3 win over Tregaron on Saturday (Oct 21).

Storm Brian had taken its toll on many other games across the county and although the Blues’ pitch was deemed playable, conditions were still tricky for both sides.

Tregaron made the long trip down to play their first game against Haverfordwest for a very long time following their move into the league.

The Blues could only draw with Pembroke Dock Quins in their last outing and they were keen to put that right with a win against Tregaron.

They started the game well and went ahead when Matty Phillips crossed over and Centre Gareth John added the extra two points.

Tregaron hit back and Gwion Phillips scored with a penalty to narrow the deficit.

The Blues had a number of chances to score again but were guilty of giving the ball away on a couple of occasions.

However, when Tregaron had a penalty, the kick didn’t go as far as they would have hoped because of the strong winds and the ball stayed within their half of the field. That allowed the Blues to keep the pressure on and John was again involved who offloaded to Outside half Matthew Davies and he just managed to get the ball away to young Full Back Ollie Hughes who went over on the right for their second try of the game. John then added the extras for a 14-3 lead.

Morgan Layton was next to over for the home side towards the end of the first half and John added the conversion to make the score 21-3.

It didn’t take the Blues long to score early in the second half as Rhys Baker picked up the ball and ran over for their fourth try of the match to earn his side a bonus point and John again converted.

Hughes then scored two tries in as many minutes as he completed his hat trick.

Baker then grabbed a second try while Mike Griffiths and replacement Liam Manwaring also got on the scoresheet.

John added three more conversions to complete an excellent win for the Blues who will now be looking to challenge at the top end of the table.

On Saturday, October 28, the Blues are away to St Davids.

Away tie for Goodwick in fourth round