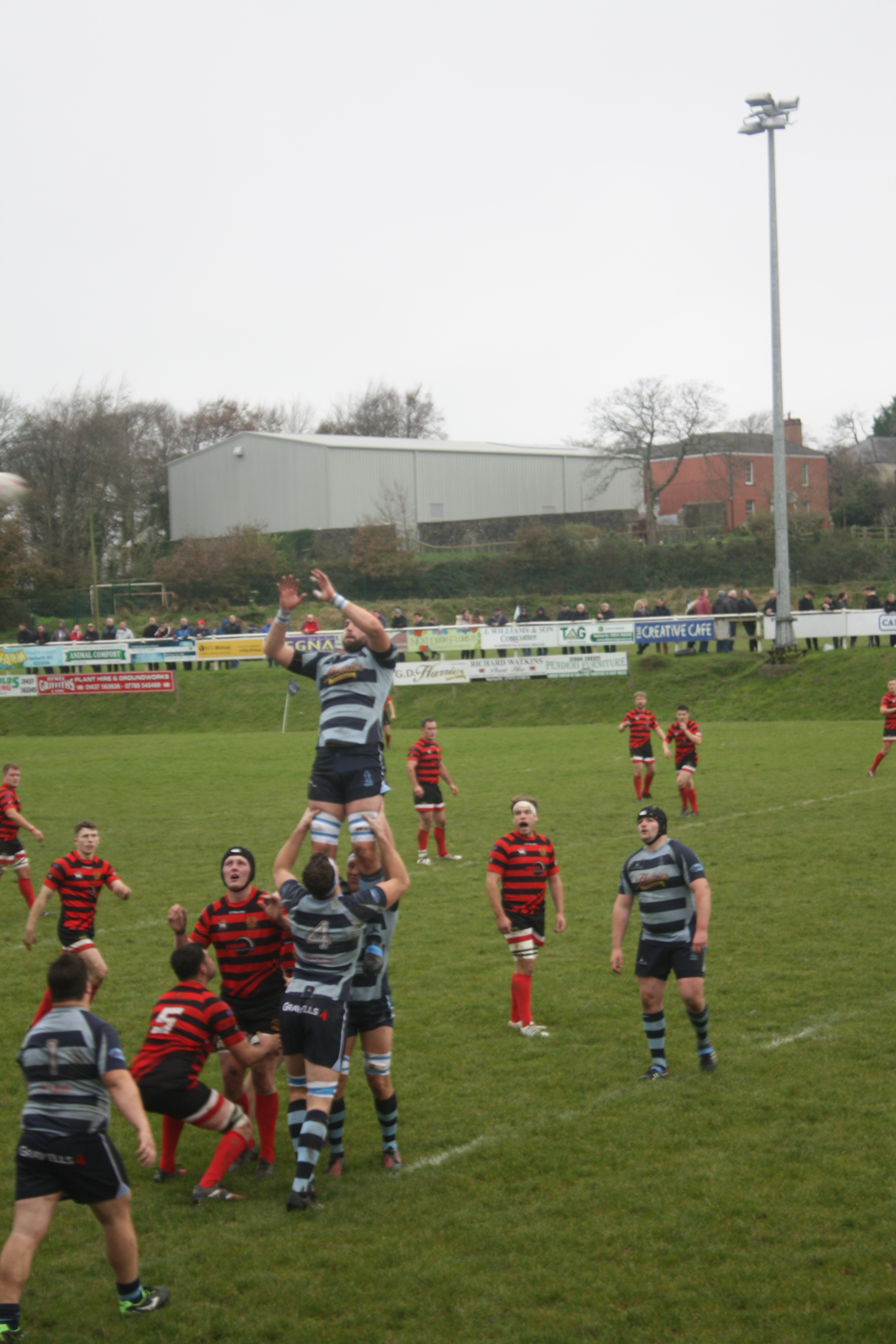 A GD Harries sponsored Narberth maintained their second place in the Championship at the Lewis Lloyd Ground on Saturday (October 28) with a bonus point 27-3 victory over bottom side Glynneath.

Head coach Sean Gale was delighted with the result saying his players ‘delivered all I asked of them’.

He added: “We were expecting a gritty performance from Glynneath but we knew we had a strong set piece which would allow us to maintain enough possession to press for victory. We are a developing side with many new faces gelling together and we are in the same position as last year. We could have been more clinical with our execution as we tried to keep the ball in hand but it’s important to remember we took maximum points.”

Defending into a strong breeze the dominant set piece came to the fore from the start as the Otters forwards disrupted their opponents scrum with captain Alex Jenkins and his fellow second row Ryan Banner winning the early line out battle.

Glynneath were robust in their tackling, rowing very close to a line which referee Chris Oliver monitored carefully. Full back Ianto Griffiths pinged over his first penalty attempt for an indiscretion after ten minutes when visiting hooker Craig Tennant was deemed to have committed a high a tackle.

Flanker Pat Roberts alongside props Bradley Davies and Tom Slater made inroads into the visitors’ territory and the pressure of swift hands and a visionary performance from outside half Jack Rogers eventually saw the game’s opening try just beyond the quarter of an hour mark.

Jenkins again won clean line out ball before picking up a pass after his fellow forwards went through several phases of gaining yards close to the halfway line. He made 20 metres before finding wing Liam Hutchings on the outside who drew the final man after a 25 metre blast, putting number 8 Richie Rees clear into the 22 and a 10-0 lead thanks to the trusty left boot of Griffiths extended.

Glynneath got themselves on the scoreboard five minutes later when centre Jack O’Reilly kicked a penalty in front of the posts after the home pack were guilty of putting hands in a ruck after Tennant and flanker James Perry drove the red and blacks back into the game.

Narberth’s game management suited the conditions as they defended a strong breeze, working around scrum half Nick Gales lead with close passing to their surrounding ‘pods’.

This frustrated the visitors with further indiscretions conceded as their passion affected their play and hooker Tennant saw yellow for holding the ball after a tackle ten metres short of his own line, from which Rogers set up an attacking line out.

The ball was moved around the field as the Otters burrowed for a try, which came with a minute of the half remaining.

Glynneath were punished after their scrum disintegrated without Tennant and Gale took a quick penalty to thrust towards the line, Roberts on his shoulder to set up time for Rogers to put a cross field kick into the hands of winger Hutchings to cross wide out, for a 15-3 half time lead.

An expectant home crowd anticipated the blue and blacks to cruise towards victory in the second period although this didn’t materialise as rugged defence accompanying a plethora of stoppages for injuries sustained by Glynneath prevented any continuity.

They failed to take the ball further than the home 22 yard line not allowing much action for the ‘Balcony sponsors’, The Glenn Hotel to watch over as their ‘mine host’ Slater plied his trade below.

For the final fifteen minutes the side who have popular entertainer Max Boyce as their President opted for uncontested scrums which diminished a threat from the back row of Roberts, Rees and flanker Tom Powell playing off the front foot.

Griffiths at full back was playing with a skills set which would fit at a higher level and the introduction of a dynamic replacement scrum half Lewys Gibby asked questions of a tiring side, with Hutchings and centre pairing Paul Davies and Joe Hutchings finding space to run into.

Replacement Ryan Davies finished off a move after man of the match Roberts again did the hard yards for a 20-3 lead and the finale was completed to cement the bonus point victory as the game edged towards its end as the flanker claimed a try of his own. He intercepted the ball as Glynneath ran the ball from deep and coasted in under the posts for Griffiths to convert.

Narberth make the trip to Port Talbot on Saturday (Nov 4) to take on Tata Steel, two places and two points below them.

Heart & Soul: A fans view of the Scarlets’ victory against the Cardiff Blues