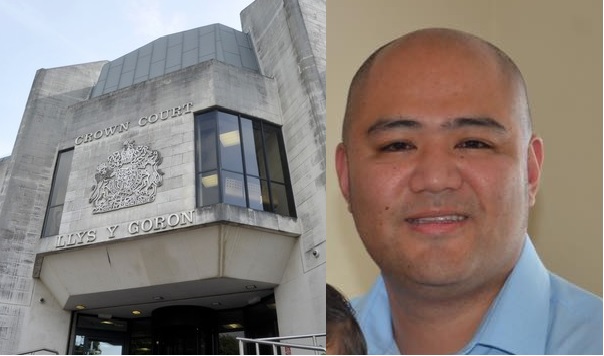 A FILIPINO carer sexually assaulted a Saundersfoot woman as she slept in her own home, a judge heard on Monday (Dec 15).

She woke to find that Fritz Ortega, aged 35, had taken off her trousers and was trying to have sex with her. Ortega, now living in Farnborough, Hampshire, admitted sexual assault and was jailed for 15 months. He denied a charge of rape and his plea was accepted by the prosecution at Swansea Crown Court.
Nicola Powell, prosecuting, said Ortega had developed “a crush” on the woman. She returned from holiday with a gift for his son and Ortega gave her wine and beer as a thank you. He suggested they shared the drinks together, which she agreed to.
Ortega told his wife he was going downstairs to watch a late night film but slipped out to visit his victim.  Miss Powell said Ortega began acting strangely and told her he was falling for her.
After a while she fell asleep on a sofa and woke to find Ortega on top of her with his and her trousers on the floor. Ortega said “God forgive me” but the woman went to his home and told his wife what had happened.
His barrister, John HIpkin, said he had completely misread the situation.
Judge Peter Heywood said it was a distressing experience for the woman.
“Obviously, you had not made it clear to your wife where you were going. This was a serious sexual assault although it was very much out of character as far as you were concerned,” he added.
Judge Heywood said it would be for others to decide whether Ortega should be deported after serving his sentence.
Ortega was ordered to register with the police as a sex offender for the next 10 years and banned from working with children or vulnerable people.
Related Topics:featured
Up Next