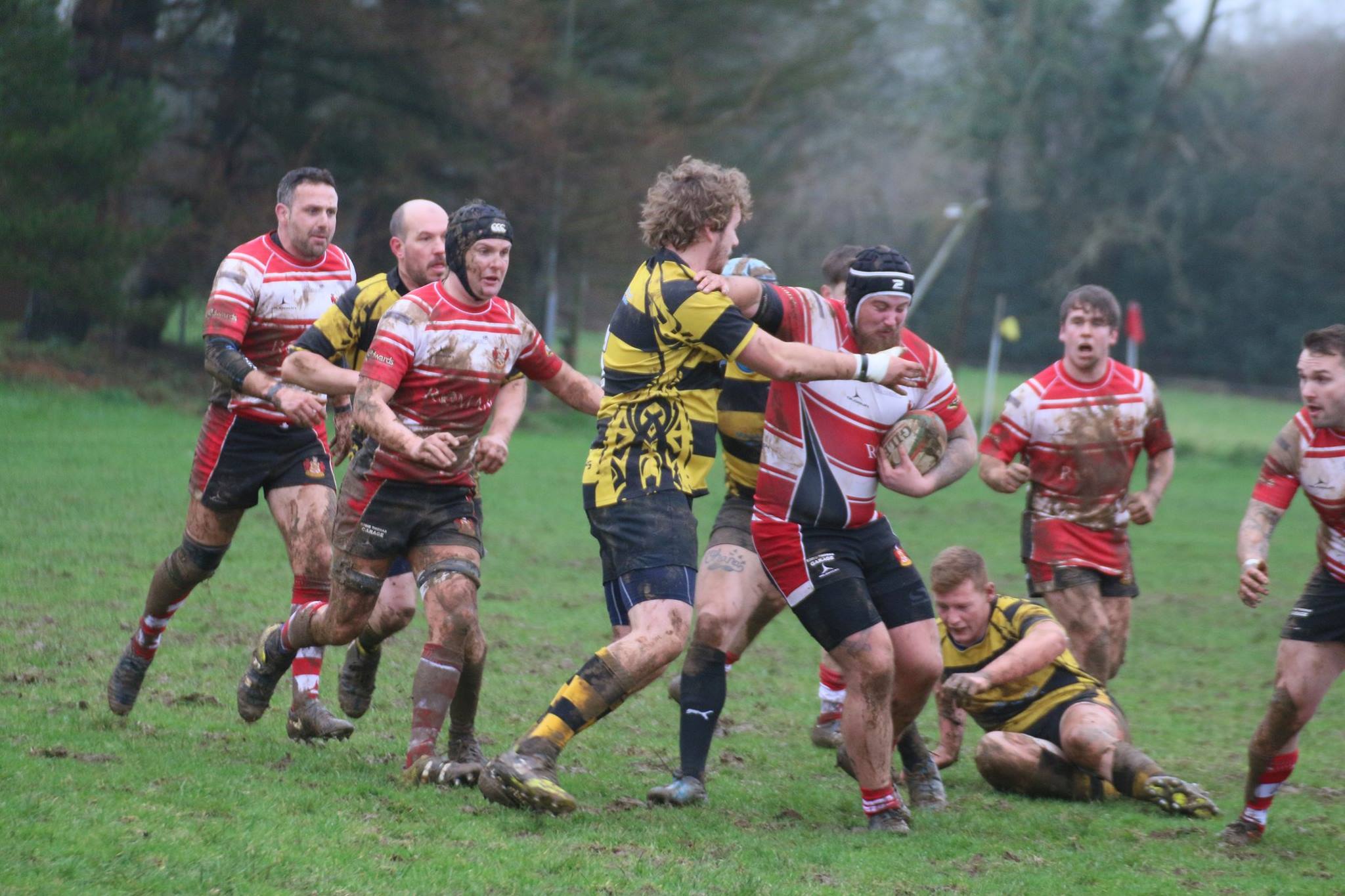 MILFORD Haven kept hold of top spot in League 3 West A as they made their way to a 34-12 win away at Llangwm on Saturday (Jan 27).

The main pitch at Pill Parks was unplayable due to the heavy rain but the reserve pitch was deemed playable by the referee.

There was a scrappy start to the game with both sides guilty of giving the ball away while Llangwm also defended well in the opening stages.

Indeed, the home side could have taken the lead with just five minutes on the clock but Luke Hayman’s penalty went wide of the posts.

Milford began to put the pressure on after that miss and came close with a driving maul but gave the ball back to the home side following an infringement.

Llangwm had the lineout but Milford stole the ball back and a good run from Jimmy Thomas almost got them but he was halted and passed to Jamie Lewis but Llangwm did well to tackle him out of play.

They continued to look for the opening score and it finally came with seventeen minutes on the clock as Craig Smith found Dan McClelland who in turn fed the ball out wide for Lee Riley who scored down the right hand side.

A last ditch tackle to try and prevent the try resulted in Riley needing treatment and he was taken off to be replaced by Craig Barnett.

The conversion from McClelland was wide but it wasn’t long before they doubled their lead as another maul saw them go over the line with Captain Adam Rees credited with the touch down. McClelland again tried his luck in the difficult conditions and was unlucky to see his kick bounce down off the crossbar.

There followed a period of play where neither side could gain the upper hand with Milford again going close after Llangwm were penalised for pulling the man down only for the home side to win the ball back and clear their lines.

With the first half coming to a close the Mariners looked to increase their lead once more and they were rewarded when Mark Wonnacott forced his way over for the try.

McClelland’s conversion was again wide and the referee blew for half time with the Mariners leading 0-15.

Llangwm had a good spell at the start of the second half and Milford had to be at their best to keep the home side out.

Having weathered the early storm Jimmy Thomas was sent free to score his side’s fourth try to earn a crucial bonus point and McClelland was successful with his first conversion from four attempts.

Four minutes later they had another try as Ben Groves found Barnett who in turn found Thomas once more who went over for his second try of the game. The conversion again went wide of the posts.

Llangwm again looked to respond with Josh Hicks going on a bursting run only to be halted by the Milford defence.

The home side battled well and came agonising close to a first score of the afternoon but they lost the ball with the line just inches away.

Milford then picked the ball up and Barnett found Craig Smith who ran half the length of the field, despite cries of a forward pass from the home bench, to score and McClelland added the extras for a 34-0 lead.

The Wasps never gave up and with five minutes to go their play was rewarded as they were gifted the ball by a knock on from Milford whilst defending their own try line. Try: Llangwm score the first of their two tries

From the resulting scrum, Dan Chesmer made a burst for the line and bundled his way over, much to the delight of the home crowd. Hayman then added the conversion to add some respectability to the scoreline.

There was still time for another try and Jason Mock made his way over and although Hayman missed the conversion, the score was no more than they had deserved.

The win for the Mariners keeps them top of the table with second placed Pembroke just four points behind.