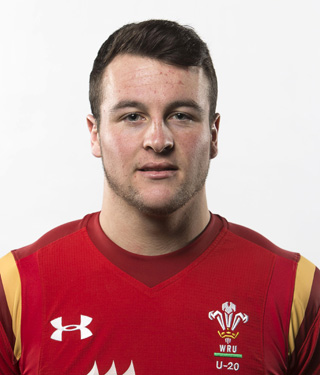 WALES U20 have made seven changes to their starting line-up to face England at Kingston Park this Friday (19:45).

Prop Rhys Carre, Man of the Match in the 36-3 win against Scotland last Friday, and Cardiff Blues hooker Iestyn Harris are this week joined by a new front row partner in Ospreys tighthead Rhys Henry.

An unchanged second row is made up of Dragons’ Max Williams and Bridgend’s Jack Pope. Ospreys number eight Morgan Morris is the only change to the back row, where Leicester Tigers’ Tommy Reffell captains once again from the blindside, joined by try-scoring openside Dan Davis of Scarlets.

Two new faces join Scarlets’ Ryan Conbeer in the back three, as fellow wing Rio Dyer of the Dragons and Gloucester fullback Carwyn Penny make their U20 debuts. In the half-backs, playmaker Cai Evans moves from fullback to fly-half to combine with Ospreys colleague Harri Morgan.

Another change to the backs sees Cardiff Blues’ Ben Thomas come in at 12, with Callum Carson moving to outside centre.

There is a spot on the bench for 19-year-old Tomi Lewis, who racked up the tries in a head-turning debut for Wales in the World Rugby Sevens Series earlier this season.

“We’ve got some players returning to their regions this weekend, so it’s a huge opportunity for these new boys making their first U20 appearance in the Six Nations,” said head coach Jason Strange. “We need to keep improving after a good opening game against Scotland, because England always pose one of the biggest challenges at any age grade.

“It should make for a fascinating game. The synthetic pitch at Kingston Park is conducive to running rugby – something both teams will be looking to produce.”

Wales U20 team to face England: