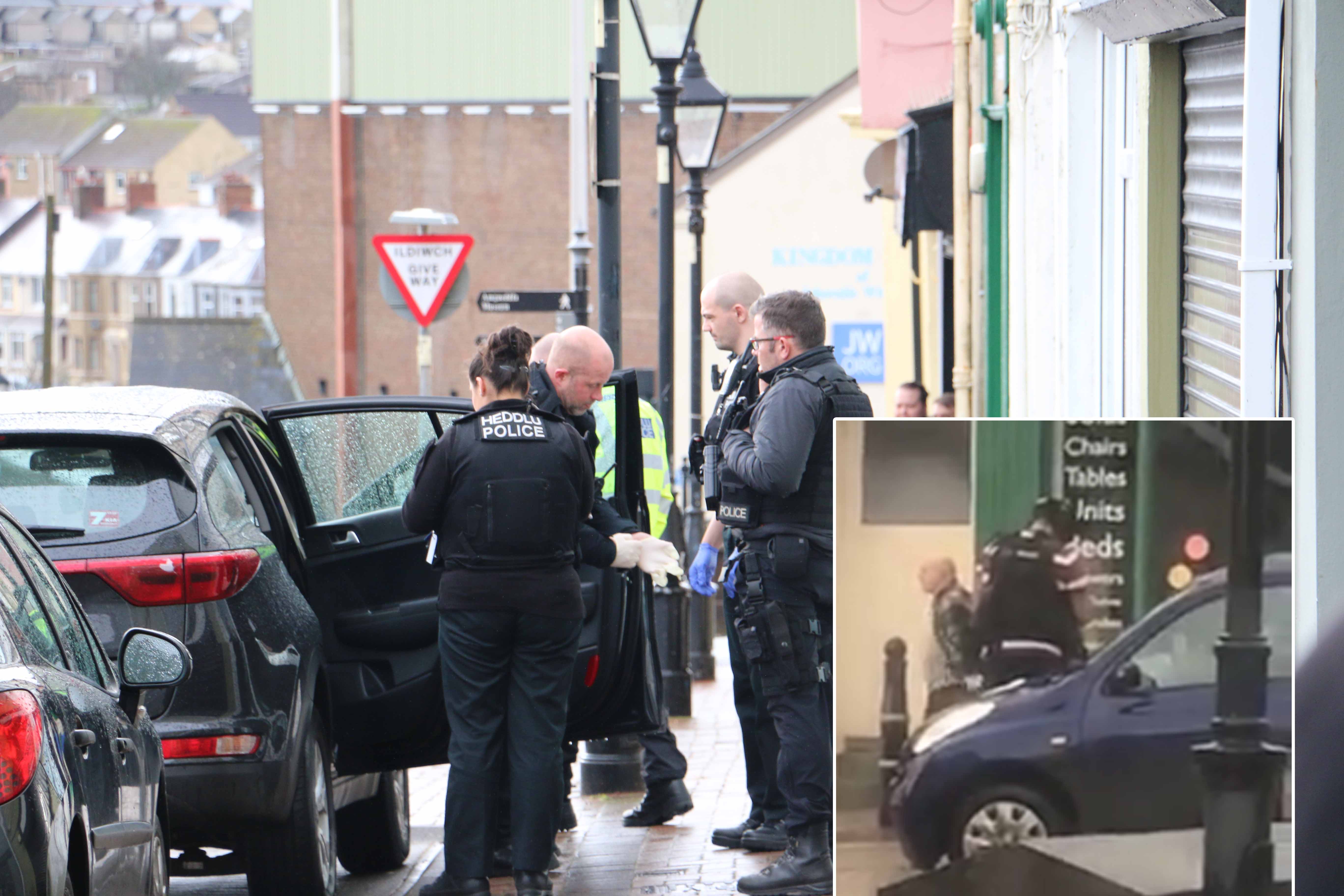 A MAN was arrested by armed police were in Charles Street, Milford Haven, on Monday afternoon (Mar 5), for what they are describing as a ‘serious sexual assault’.

Dyfed-Powys Police officers were at the scene near Astoria nightclub.

A Herald reporter at the scene saw around a dozen officers with firearms.

A local man told the Herald “I saw the whole incident from start to finish. The police ran down the street towards the man shouting ‘get down, get down, onto the floor’.

“They had their guns drawn and pointed at his head.

“The man was in a kneeling position as he was handcuffed. He was then led into a police van.

“The policeman said to the man ‘do you know why you’ve been arrested?’

“He responded ‘I don’t know, I don’t have anything’. “The police officer replied ‘There are too many people standing around here, I will tell you in the van’.”

The police were also seen by our reporter searching the man’s vehicle.

Locals said that there had been police activity in Robert Street as well.

A spokesman told The Herald: “A man was arrested on suspicion of a serious sexual assault on Monday, March 5. Officers carried out the arrest in Milford Haven following a planned operation.

The spokesman added: “The suspect remains in police custody at this time.”