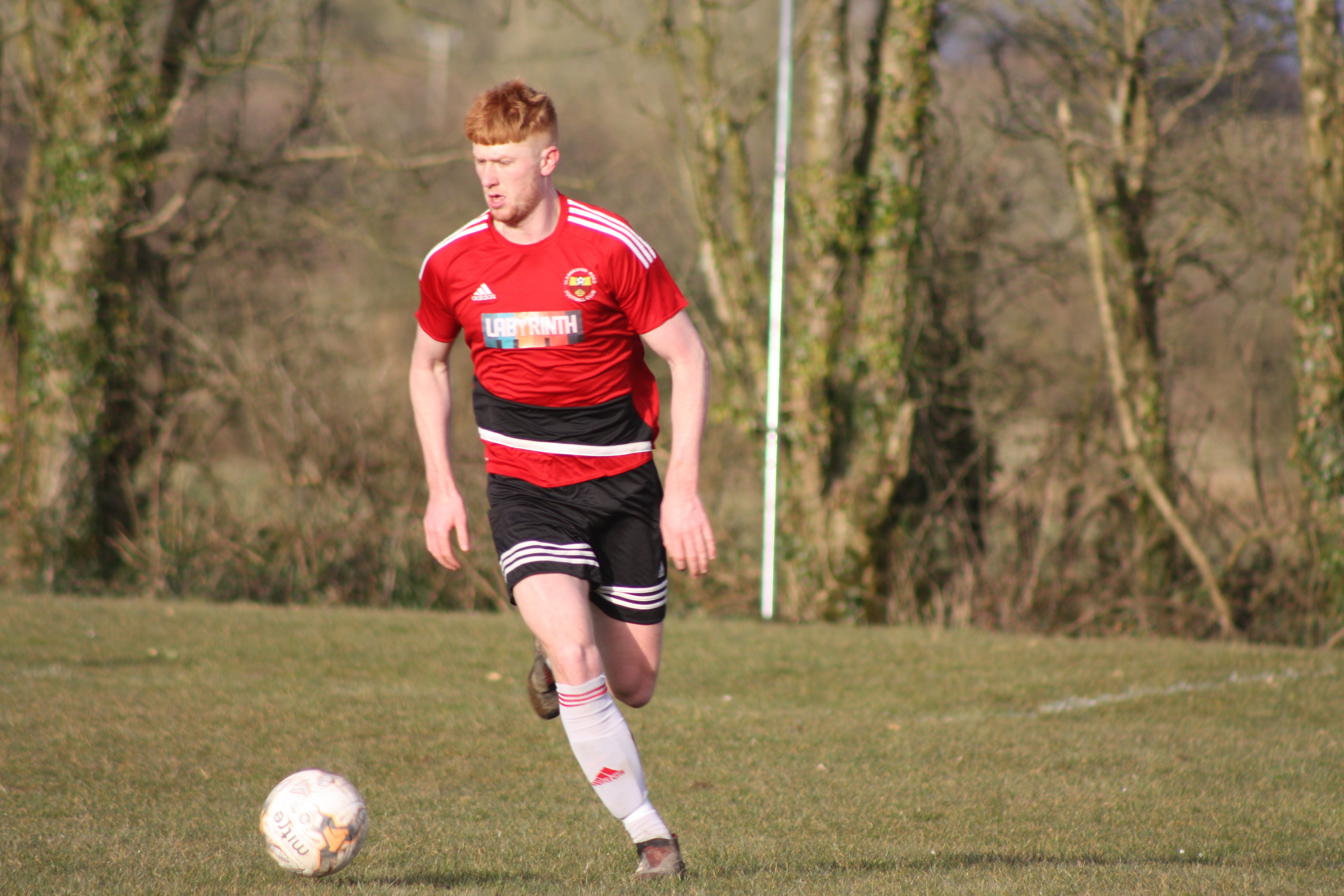 THE first midweek evening games in the Division 1 title race threw together an interesting conjuncture on Tuesday (Mar 27) as West Wales Cup finalists and current league leaders were held to a 2-2 draw by Senior Cup Finalists Clarbeston Road.

With two of the chasing pack, Merlins Bridge and Hakin United due to meet at the Racecourse, the postponement because of a waterlogged pitch at 3pm sees the Phoenix Lads still in pole position after a performance that lacked any zest and panache, which they have shown in recent weeks.

The game saw the hosts have five changes from their side, with prolific striker Jason Griffiths missing but it had little impact as they played with gusto and no small measure of guile to outwit and out battle a Goodwick side who had five players with Welsh Premier League experience and a clutch of others destined to reach such heights if their desire remains.

The opening goal came midway through the opening period when Davies was felled in the penalty area by centre half Scott Delaney, referee Alan Boswell having little hesitation in pointing to the spot and Davies, a battling throne all night, dusted himself down to drive a thunderous effort beyond James Gwilt.

An equaliser came on the stroke of half time, goalkeeper Lee Scott having made an outstanding save minutes earlier from a Jordan Griffiths header, O’Sullivan delivering a free kick deep to the far post and it was headed back across the six yard line by Delaney for midfielder Kieran O’Brien to head home, giving his side some momentum and direction going into the second half.

Neither side could effectively influence the play to take the game by the horns, Goodwick superior in terms of possession and territory but failing to create the clear cut chance they needed as young full back Josh Wood and centre half Tom Glover repelled the attacks.

The outlet for Goodwick was Lee Hudgell, the former Haverfordwest wideman receiving balls into feet or through the inside left channel, his endeavour on the back of a brace of goals on Saturday, delivering a cross into the home penalty box after 53 minutes which saw a richote fall to the feet of fellow winger Johnny Horgan, whose right foot shoot, whilst not cleanly struck found the back of Lee Scott’s net for a 2-1 lead.

The game was one which referee Boswell had to work hard at to keep the lid on as tackles, abrasive challenges were judged on their merits, although questioned from both sides, Hudgell and O’Sullivan having half chances which didn’t fall their way.

Goodwick were enjoying a period of play deep in the Clarby half, striving for the third goal which would have ended the contest but carelessly saw Raymond surrender possession and full back Wood went marauding away to find Ellis in the ‘Quarter Back’ position.

The player manager found the feet of Thomas from 45 metres, his effort stemmed before the ball fell to winger Ieuan Cooke. He cut in from the left touchline, dropped his shoulder to create a pocket of space and drove a curling shot beyond a grasping Gwilt into the top corner for an equaliser fitting of any occasion.

Goodwick were rocked and momentum lost, Hudgell yellow carded for a cynical trip as Wood broke away, his side perhaps finding the emotional rollercoaster they have been on in recent weeks difficult to comprehend against a side willing and able to meet them toe to toe.

Substitute Rhys Dalling made an appearance for Goodwick alongside Matty Delaney and Steven Dockerty, all three adding some bounce, Dalling creating half chances and spurning an effort when he created an opportunity to shoot with ten minutes remaining as Clarby veteran Dan Rees was summoned from work to make an appearance at the heart of defence.

Clarby were incandescent that striker Thomas was called back when he had wriggled free to go one on one with Gwilt after a foul by Wayne O’Sullivan, the Goodwick followers also hollering for a free kick when young Delaney was on the receiving end of a strong challenge from Glover, Matty’s elder brother Scott talking himself into Boswell’s notebook for his vociferous commentary.

The game ended with in the gloomy evening air with a nervous tension amongst the Goodwick eyes as they await Merlins Bridge arrival, possibly without O’Sullivan who went off carrying his shoulder and knowing their performance was below par for their high standards, perhaps lethargic be it due to physical or probably mental fatigue.

Clarbeston Road are playing with a style and flair which sees them enjoying their football, much to the pleasure of the village faithfull out in support. Competition for places is key and with a second consecutive cup final appearance looming on Saturday (Apr 21) the one club not one team ethos shines through.

Elsewhere in the division on Tuesday evening, Carew put six past a hapless Angle outfit who have conceded 30 goals now in their last three outings without reply, Jack and Sam Christopher scoring for the Rooks alongside Iwan Izzard, Scott Fearney, Jordan Richards and Zac Rowell.

The Pembroke derby game saw striker Sam Soutcott return to his former club and score a brace for Pennar Robins, livewire midfielder Billy Davies and Jason Evans replying for the Stags. Monkton Swifts moved into second place a point behind Goodwick, although they have player four more fixtures, winning 3-2 at Marble Hall against Milford United.

Both teams have Welsh league pedigree before they relinquished their positions in the new millennium, the Robins now nine points from safety and securing their divisional status next season, with just six games remaining. Lewis Tee and Liam Parr found the back of the net for the home side, Matthew Davies, Ryan Griffiths and Sean Jones seeing the Swifts home to victory.