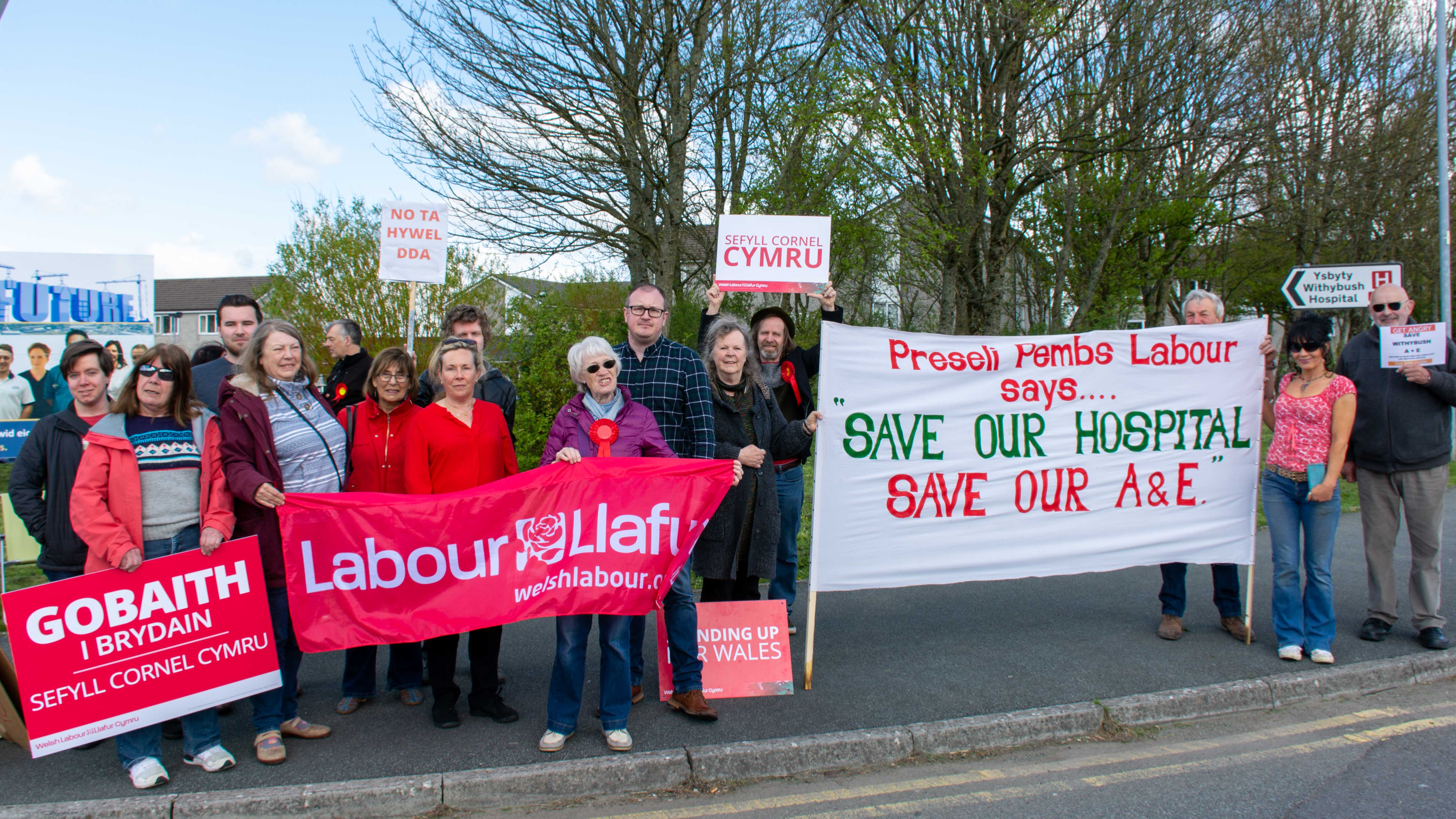 PRESELI Pembrokeshire Labour Party, who say they are opposed to plans to downgrade Pembrokeshire’s main hospital staged a protest in Haverfordwest on Saturday (Apr 28).

However local Conservative activists have accused Labour of hypocrisy, as it is they who are in charge of health as the party running the Welsh Government. The protest was not well attended, with some locals telling The Herald that they did not want to attend a politically-led protest. Some people took to social media said Labour was just ‘political point-scoring’.

Hywel Dda health board announced proposals to radically alter services at its hospitals under three options. All would involve changing Withybush Hospital in Haverfordwest from a general hospital to a community one, with the A&E having to close. A public consultation on the proposed options is to run for 12 weeks.

As The Herald reported on Friday (Apr 27), more than 18,000 people have signed a petition opposing the downgrade of their local hospital.

Shop assistant Myles Bamford-Lewis, the campaigner who started the petition was against Labour’s protest said: “This is quite disappointing, there needs to be a joint effort to protect our services from all parties but this does very much look like Labour are trying to get one up on political rivals in the county as no one outside the Labour Party had been invited.

Taking to Facebook, he added: “I haven’t got time for people who are out for personal gains and that’s why my petition was made with no mention of any single political party. The fight for Withybush needs to be inclusive and not exclusive and by “taking the lead” this will no doubt upset the conservatives and other parties in the county who also feel very strongly about the state of play with our hospital. Divisiveness can only cause divisions in our cause.”

Preseli Pembrokeshire Labour Party group organised the protest on Saturday which comes just over a week after the plans were announced.

A spokesman for the Preseli Pembrokeshire Labour Party told The Herald: “Any such proposal is strongly opposed by the Constituency Labour Party and we will be campaigning against any such moves by Hywel Dda to remove or downgrade current services provided by the hospital and provide them outside of Pembrokeshire.”

There were only up to fifty people at the protest according to those who attended.

Hywel Dda’s chief executive Steve Moore has said the trust, with Wales biggest budget deficit of around £69m, does not have the option of doing nothing, which they had considered.