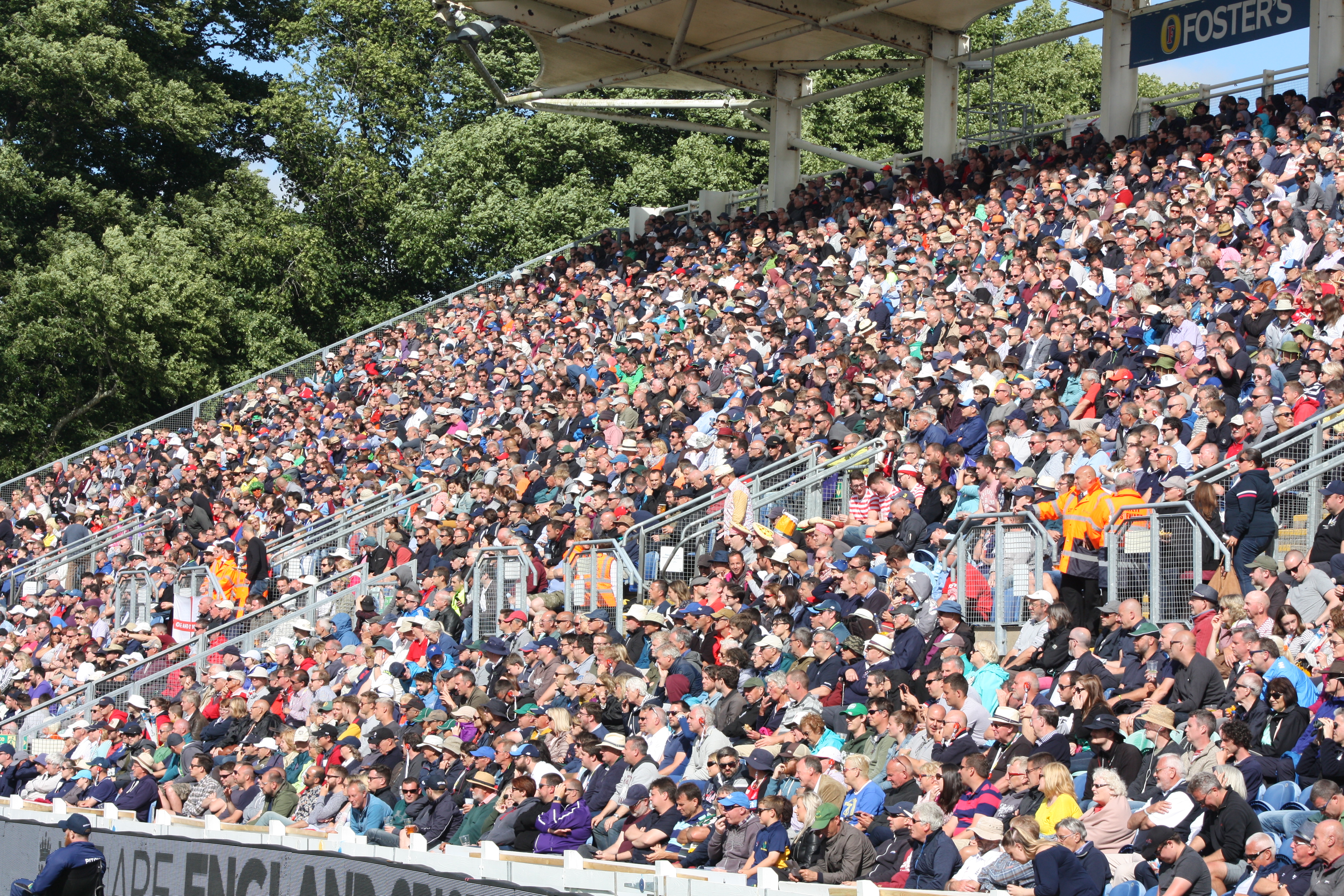 DEBATE rages in Wales at present, where rugby has infiltrated the summer domain of cricket, which has held unparalleled dominance of the summer sunshine.

There has been a culture change, whereby summer tours and early season fixtures of the traditional winter sports means earlier starts.

Look no further than next seasons football league championship season for Swansea City, starting on Saturday (Aug 5) until Sunday (May 26) 2019.

The outcry from the boundary ropes comes more about how mini ruby has become a summer sport, bulldozered through, as opposed to negotiated.

The winner, undoubtedly now rugby as their mini game is happening in front of our eyes, but has cricket lost? Jason Roy: In action for England against Australia

Not looking at the participation statistics in the new ‘All Stars’ programme, where children bestowed in blue attire are bouncing around cricket fields in the sunshine, the magic there to entice the next generation.

What sells it to parents, who undoubtedly influence their siblings?  The paradox of ‘I played the game, so you must do also’ may live in both sports, but it’s more than that.

Attendances at international matches, in cricket’s case by supporting England, well the England and Wales Cricket Board side, the pathway? Saturday (Jun 16) saw them rock up in Cardiff, rugby capital of Wales, the Swalec Stadium to be precise, skirting the River Taff through Bute Park, the hosts leading a five match series against Australia 1-0.

Sell out you would think? Far from it; the Principality Stadium, bestowed with a retractable roof, unequivocally is, if Australia are the visitors, the Swalec attracted around 13,000, a fifth of their rugby rivals capacity.

Does cricket lack that panache to attract the floating spectator, often then with the family in tow?  The game has stand out stars, opening batsman Jason Roy pulverising the Aussie attack, the Richardson’s, Jhye and Kane, of no blood synchronisation, a rarity in this sport for two with the same name to be sharing the new ball. Root 66, the featured face of the cricketing market, Joe, England Captain present, alongside former Glamorgan opening bowler Alex Wharf, making his ODI debut, as an umpire.

Coloured clothing, blue against yellow for the 11am start, the Aussie public back home having a choice of watching cricket, World Cup football against France, or rugby as the Wallabies welcomed Ireland to Melbourne.

Cricket is sensational down under, the viewing figures from Saturday would make an interesting comparative, lifting some of the ‘doom and gloom’ emanating from our ‘middle England’ type dulcet tones of the cricketing ‘I know best brigade’.

Food for thought, or is it time for the Blazers and prawn sandwiches to be confined to the attic, relics of periods passed? 100 ball ‘City’ cricket is another gurus dream, not welcomed by the current ‘Blazers’, where Saturday’s game produced 102 runs for one wicket, from just a third of the games total deliveries.

Believe me, there was a following of supporters, some perhaps beer monsters, in fancy dress but the majority of paying punters here, at £65 were from a generation brought up on John Arlott, a commentator remembered with fondness, his soupy‑thick Hampshire vowels drawling “we take life too lightly and sport too seriously.”

‘Wise up or weep’ is the cry for cricket, as this game on paper had everything, including the proverbial rain, which has so impacted the winter sports programme to influence the thinking of the WRU game management board.

England’s batsman rattled up for the first time in history five consecutive 50 plus run partnerships with stand in skipper Josh Butler ‘ramping’ sixes over the wicket keepers head; text book they are not but part of the modern game as he brought up his own 50 in the forty first over, with 17 runs in five balls!

What are the indicators for success? Tactical understanding from a blooded skipper Tim Paine, Jason Roy 120, Josh Butler 91 not out and Johnny Bairstow 42, in England’s highest ever ODI total of 342-8, where the expectation nowadays is 300 plus. Certainly, making sunshine on a rainy day sings Zoe, although those in the know were drumming Mambo number 5 with a cucumber sandwich during the interval.

Australia, looking to save some grace on a day when their rugby and football comrades were dispensed made a fist of it, Maxwell striking 31 alongside Glamorgan star Shaun Marsh.

Marsh handled the pressure but the crowd sensed the game slipping into the memory bank, in the lowering sunlight, buoyed by the beach ball antics of amongst others, Baywatch, tennis players and the Smurfs who embraced the evening’s ambiance, before the jobsworth lumbered in.

Marsh passed 2000 white ball runs on his way to 131, the end coming through Roy’s match winning catch to secure the star player award as over 600 runs were chalked in the scorebook. Something was missing, no pyrotechnics from which to salivate. Down to the pitch maybe, a slow burner typifying middle England in the centre of Wales, or is the product label just too predictable.  Maybe a famous son of Yorkshire can answer that, after all he was called upon to ring the five minute ‘bell’ to signal the start of play.

That Yorkshireman; Neil Warnock; the irony, Manager of the newest Premier League football team, Cardiff City, promoted last season from the Championship, brought in for ‘iconic value’. Can the traditional sports share the space before time is called one wonders, with no frills, no fuss, depicted serenely by Arlott.

That memory is worth a toast, of his favourite Beaujolais tipple, for this is cricket as we know it, but for how much longer?

Town on top after beating Neyland