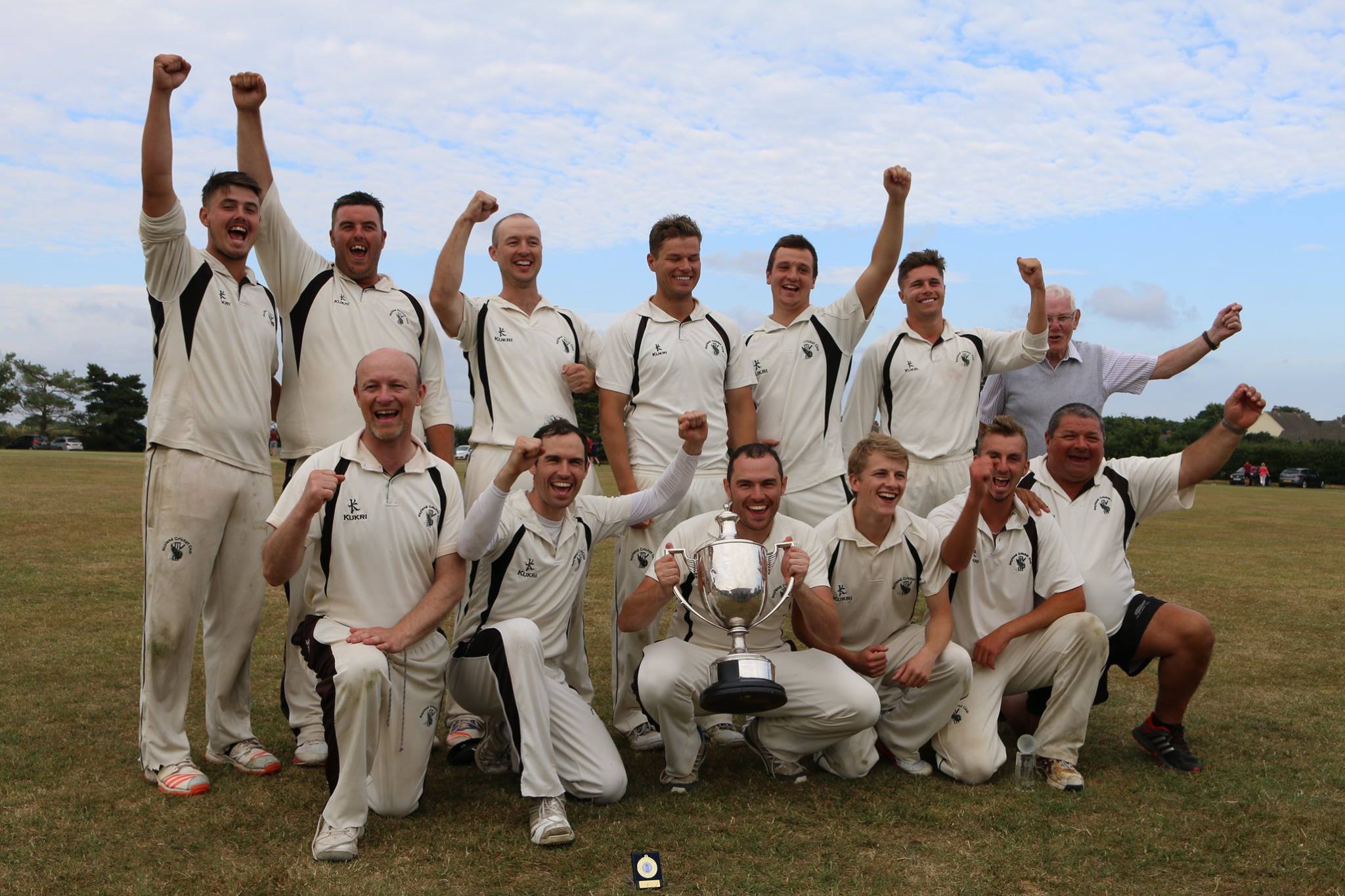 NEYLAND won the Duggie Morris Cup for the fifth time in six years on Sunday (Jul 15), as they beat Kilgetty by 66 runs in an entertaining final.

Kilgetty had been set a target of 154 to win the match but some excellent bowling from Neyland saw them finish short on 87-9.

Earlier, it was Kilgetty who won the toss and chose to bowl first, giving their opponents the chance to set the first score.

The game was played at the home of Burton Cricket Club with excellent weather conditions and a good crowd was also in attendance.

However, Kilgetty soon had the upper hand as Kurtis Marsh caught Ashley Sutton on a score of 10 to give Jack Parkinson his first wicket. Paul Murray only scored 13 for Neyland before being trapped leg before by Kurtis Marsh and he then bowled Andrew Miller for a score of 8.

Nick Koomen scored 12 before being caught by Richard Cope off the bowling of Toby Poole and Jack Parkinson claimed his second wicket when he had Patrick Bellerby caught by Poole for a score of 17.

Neyland were struggling to find the runs as Scott Jones only scored 6 before he was caught by Marsh for Parkinson’s third.

Henry Durrant offered some resistance with a score of 24 that included a big six but he was then bowled by Marsh.

Kyle Marsh then had Sean Hannon caught by Parkinson for a score of 13 and George Evans was caught by Tom Lewis off the bowling of Richard Cope.

Geraint Rees finished not out on 10 for Neyland as they limped to a total of 124-9 from their opening twenty overs.

Parkinson finished with excellent figures of 3-25, Kurtis Marsh with 2-10 and Kyle Marsh with 3-23 from his two overs. Kilgetty then made a blistering start to their innings as they smashed their way to 73-0 off the first seven overs.

Their momentum was checked however as Hardy was caught by Sean Hannon off the bowling of Nick Koomen for a score of 39.

Toby Poole was out for a score of 1 to the bowling of Andrew Miller and Koomen then had Kurtis Marsh trapped leg before for a fine knock of 37.

Richard Cope was bowled by Miller for a duck as the run rate slipped. Liam Cullen scored 18 but he was then caught by George Evans off the bowling of Henry Durrant.

Geraint Rees also had Dafydd Bevan caught by George Evans and Patrick Hannon had bowled Kyle Marsh for a score of 6.

Neyland’s brilliant performance in the field meant that Kilgetty’s lead was just 11 runs at the halfway stage.

Murray top scored with 56 runs and he shared 55 runs with Nick Koomen who went on to score 47.

Koomen was then bowled by Toby Poole while Murray was caught by Gorman off the bowling of Kyle Marsh. Henry Durrant then scored 17 before he was run out and Scott Jones scored nine before being bowled by Hardy.

Sean Hannon also fell to the bowling of Hardy as Kilgetty hit back as they themselves looked to keep Neyland’s lead down.

Neyland finished their second innings on 164-7 meaning Kilgetty would need 154 to win the final.

Kilgetty’s reply did not get off to the best of starts as Kurtis Marsh was caught by sub fielder Steve Murray off the bowling of Patrick Hannon for a duck.

Ross Hardy made a score of 15 but was then bowled by Andrew Miller who also had Liam Cullen stumped by Sean Hannon.

Toby Poole batted well for a score of 31 but he was again stumped by Hannon off the bowling of Andrew Miller.

Dafydd Bevan also played well for a score of 29 but Geraint Rees forced him down the track leaving Hannon to claim a third stumping.

Kilgetty’s chase then faltered as no other batsman made it into double figures as Kyle Marsh was caught by Steve Murray off the bowling of Henry Durrant for a score of 1 and he then had Richard Cope superbly stumped by Hannon for a duck. Rees picked up another wicket as he had Tom Lewis caught by Sean Hannon who then claimed a fifth stumping of the innings as he sent Josh Gorman back to the pavilion with a score of 4 to give Rees his third wicket.

Unfortunately for Kilgetty Ian Poole picked up an injury earlier in the day meaning he was unable to bat and their innings came to a close on 87-9.

That gave Neyland victory and they celebrated winning the Duggie Morris for the fifth time in six years.

Nick Koomen was awarded the Man of the Match trophy and winning captain Sean Hannon was presented with the Duggie Morris trophy.

Town back on top as Neyland beat Cresselly