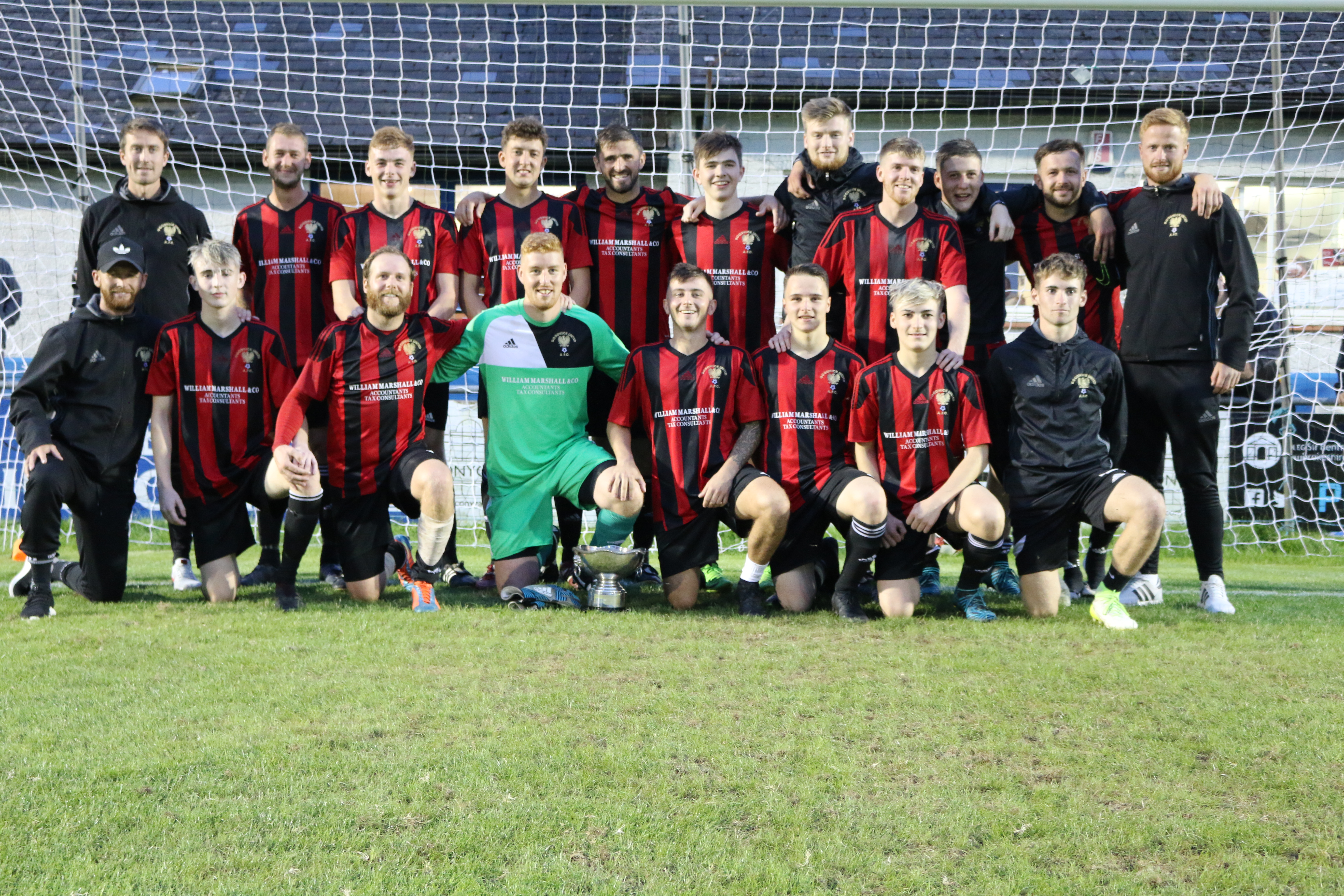 LAST season’s West Wales Cup winners Goodwick United had too much for Senior Cup winners Hakin United on Tuesday night (Aug 14) as they won the Jubilee Cup, the annual curtain-raiser to the new league season.

The game was played at the Bridge Meadow in Haverfordwest and the good crowd in attendance did not have long to wait to see the first goal.

Top scorer for last season Jordan Griffiths provided the assist as he sent Lee Hudgell through on goal and he slipped the ball back across goal and into the net.

Goodwick almost scored again soon after before Hakin had their first chance when Shane Walsh was denied by the legs of stand-in keeper Patrick Hughes.

Griffiths then had another chance when he was set up by Johnny Horgan but his effort was wayward. Justin Harding also came close for the Vikings as he saw a shot go inches past the post and he then shot over the bar following a scramble.

Hakin keeper James Manson had to be at his best to deny Goodwick further goals as he saved well from Griffiths shortly before half time.

Ten minutes into the second half Goodwick finally doubled their advantage as Hudgell passed to Griffiths who fired high into the net on the turn.

Griffiths again came close to a second but his free kick went just wide while at the other end Harding again saw a shot saved.

Hakin continued to look for a way back into the game but Walsh again saw his effort saved.

With five minutes to go Goodwick all but sealed the Jubilee Cup as Steven Dockerty played the ball through for Griffiths whose shot went in after Manson got a hand on the ball. To Hakin’s credit they did not give up and with time almost up, Harding sent an excellent 25-yard free kick into the top corner to make it 3-1.

That was just a consolation for the Vikings as Goodwick captain Steffan Hayes was presented with the Jubilee Cup by Steve Briers, Chairman of the Pembrokeshire League.

Both sides will now be gearing up for their first game of the season next Tuesday as Hakin take on Milford United while Goodwick travel to Clarbeston Road.