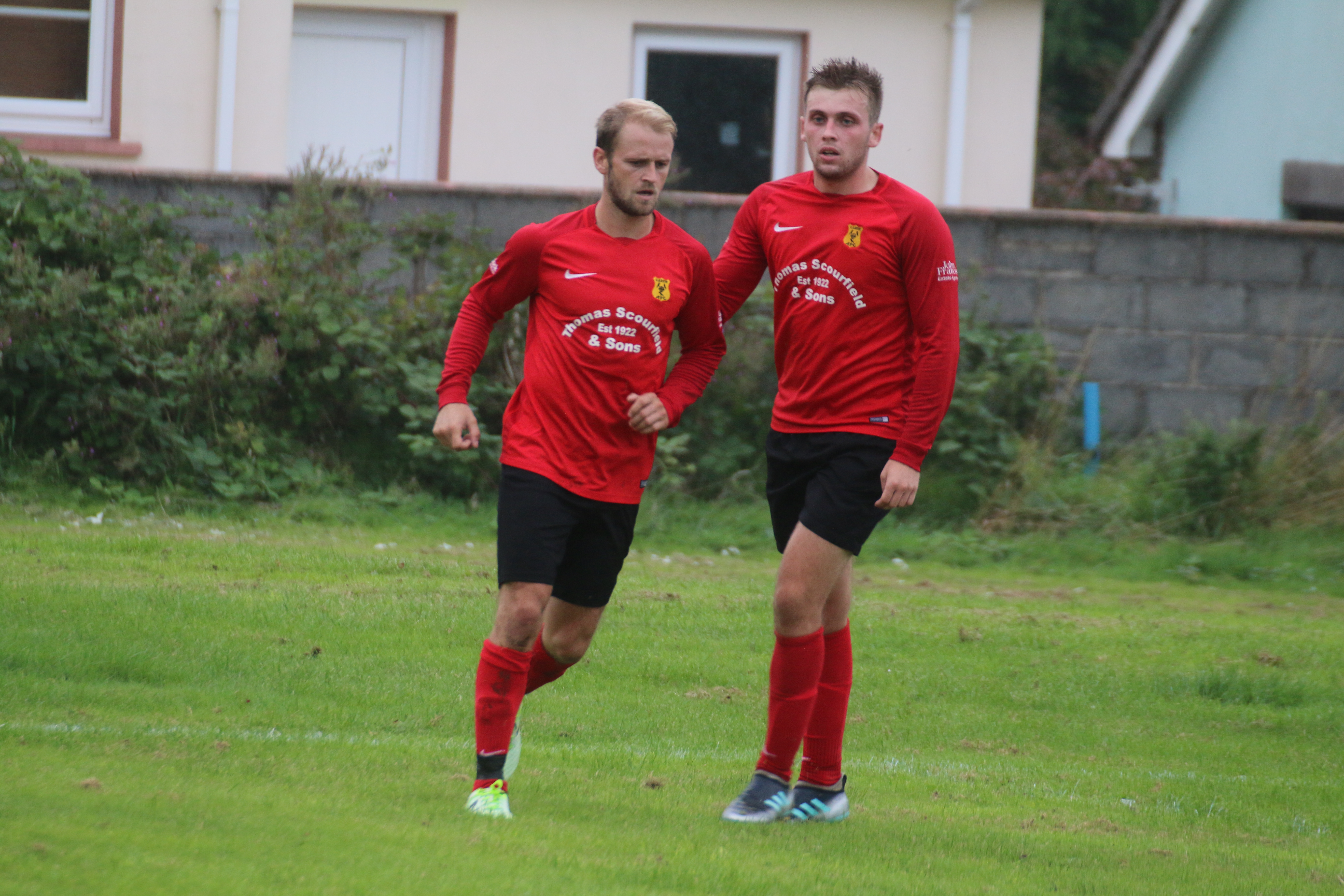 CAREW’s Sam and Jack Christopher scored three goals between them as they helped their side get the 2018/19 season off to a winning start on Tuesday (Aug 21).

The Rooks went 1-0 up early on when Alex Bayley flicked the ball on for Jack Christopher who headed home.

Brother Sam then got his first goal of the game as he smashed the ball into the net to double Carew’s lead.

Carew added a third as Bayley’s shot was blocked but only into the path of Sam who tapped in.

Jordan Richards completed a comfortable opening night when he beat a couple of players before smashing in from close range.

MERLINS Bridge went to the top of Division 1 on Tuesday as they beat Herbrandston 8-2 at the Racecourse.

Joe Leahy scored four of the Wizard’s goals with Will Haworth and Nathan Greene also bagging a brace.

Andrew Matthias and Andre Algeri scored for Herbrandston but they turned out to be consolation efforts.

GOODWICK United got their season up and running with an excellent 5-1 win away to Clarbeston Road.

Last season’s top scorer Jordan Griffiths continued where he had left off as he scored a hat trick. SAUNDERSFOOT returned to Division 1 in style as they beat Lamphey 3-1 on Tuesday night.

George Taylor, Nick Cope and Richard Cope all scored for Saundersfoot who put in an excellent display.

Lewis Haines grabbed Lamphey’s only goal of the game.

Adams at the double for Robins

BEN Adams scored twice for Pennar Robins as they got their season off to a winning start as they beat Neyland 3-0 at Bush Camp.

Adam scored the first after seventeen minutes and it remained 1-0 until half time.

Both sides had chances to score but it was Sam Southcott who made the points safe for Pennar with his goal five minutes from the end.

Adams then added the finishing touches on a great first win for the Robins.

Saints settle for a point

ST Clears had to settle for a point on their return to Division 1 as Narberth came from behind to earn a 2-2 draw.

Danny Peters put the home side ahead in the first half before Jon Seeley doubled the Saints’ lead.

Kyle Quartermaine and Dafydd Wright both scored for Narberth in the second half to level the game at 2-2.

Neither side were able to find a winner as both settled for a draw in their first game of the season.

Milford United host Pennar Robins and Neyland are at home as they take on Monkton Swifts.

Carew play Lamphey and Narberth are at home to Clarbeston while the two promoted sides will also battle it out as Saundersfoot host St Clears.