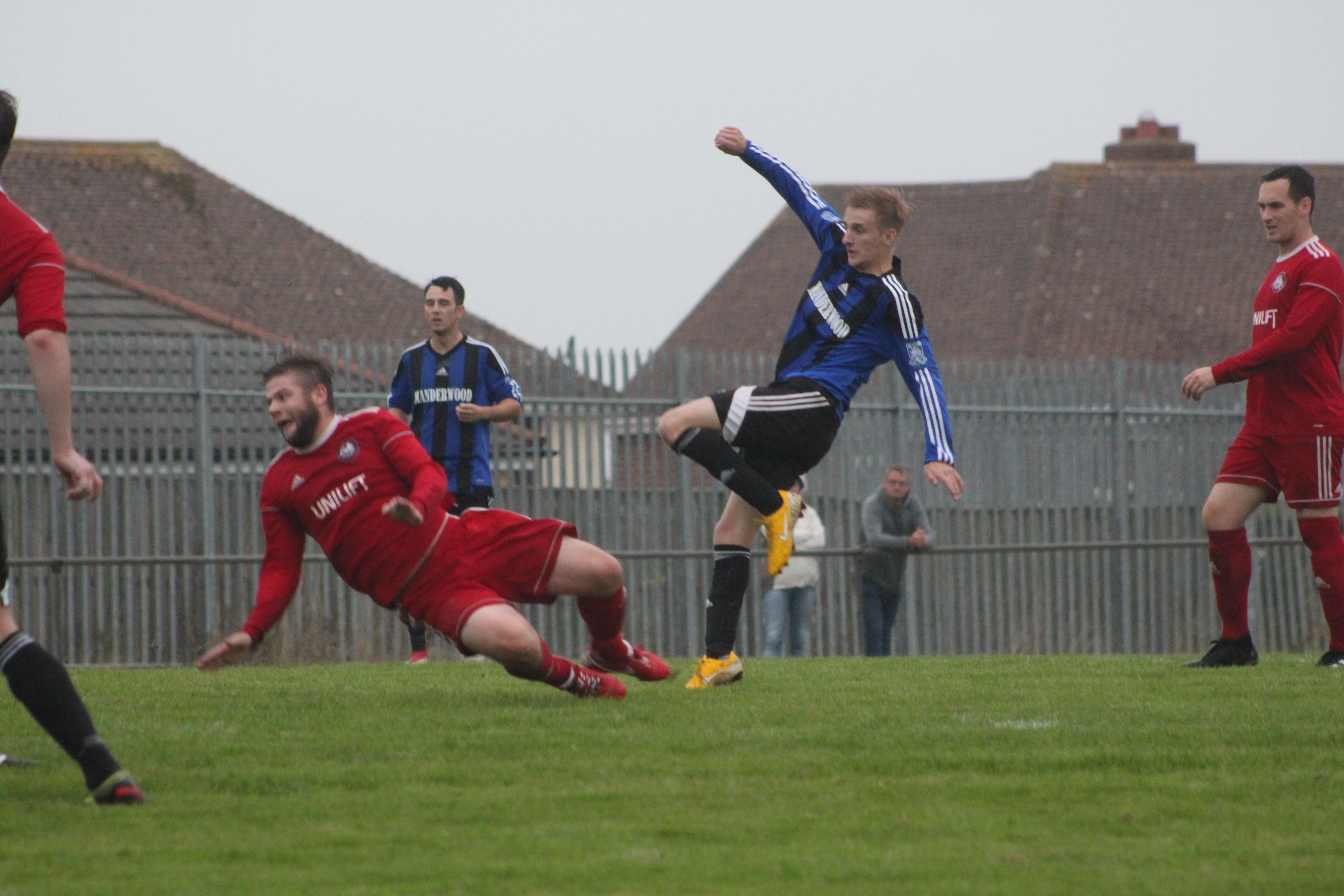 HAKIN United had to come from behind in their first game of the season as they earned a 2-1 win over Milford United on Tuesday (Aug 21).

It was a close first half with neither side able to break the deadlock early on.

Shane Walsh came close to scoring shortly before the break but he shot over while Mark Jones also saw a long range effort saved by Milford keeper Lewis Roberts.

Then on the stroke of half time, the ball was played just ahead of Lewis Tee but Hakin keeper James Manson came out to clear the ball, only to kick it onto a combination of Tee and Jones with the ball bouncing into the net to give Milford the lead.

That lead did not last long however, as early in the second half Hakin piled on the pressure and just three minutes they equalised. Jones picked up the ball on the edge of the box and he played the ball along to Daniel Armstrong who set up Cameron Thomas who shot high into the top left hand corner of the net.

Walsh then hit the side netting before Hakin had a goal disallowed. Jones again proved too hot to handle and he ran into the box before setting up Harding to score but he was ruled to be offside and the score stayed at 1-1.

Louis Thompson then played an excellent ball over the Milford defence for Thomas but his shot rebounded back off the post.

Adam John then saw a shot cleared off the line by Scott Griffiths before his cross almost went in with Milford keeper Roberts having to be alert to stop it crossing the line.

The Vikings finally took the lead as Justin Harding squared the ball in the box for John who shot low under the keeper to make it 2-1.

Walsh again came close with his shot being blocked as Hakin continued to search for more goals.

They could not add to the score but they saw the game out to seal a winning start to the new season.

Hakin are next in action on Tuesday (Aug 28) when they travel to Herbrandston while Milford United will look to pick up their first win as they host Pennar Robins at Marble Hall.

Pembrokeshire League: Division 1 Round up