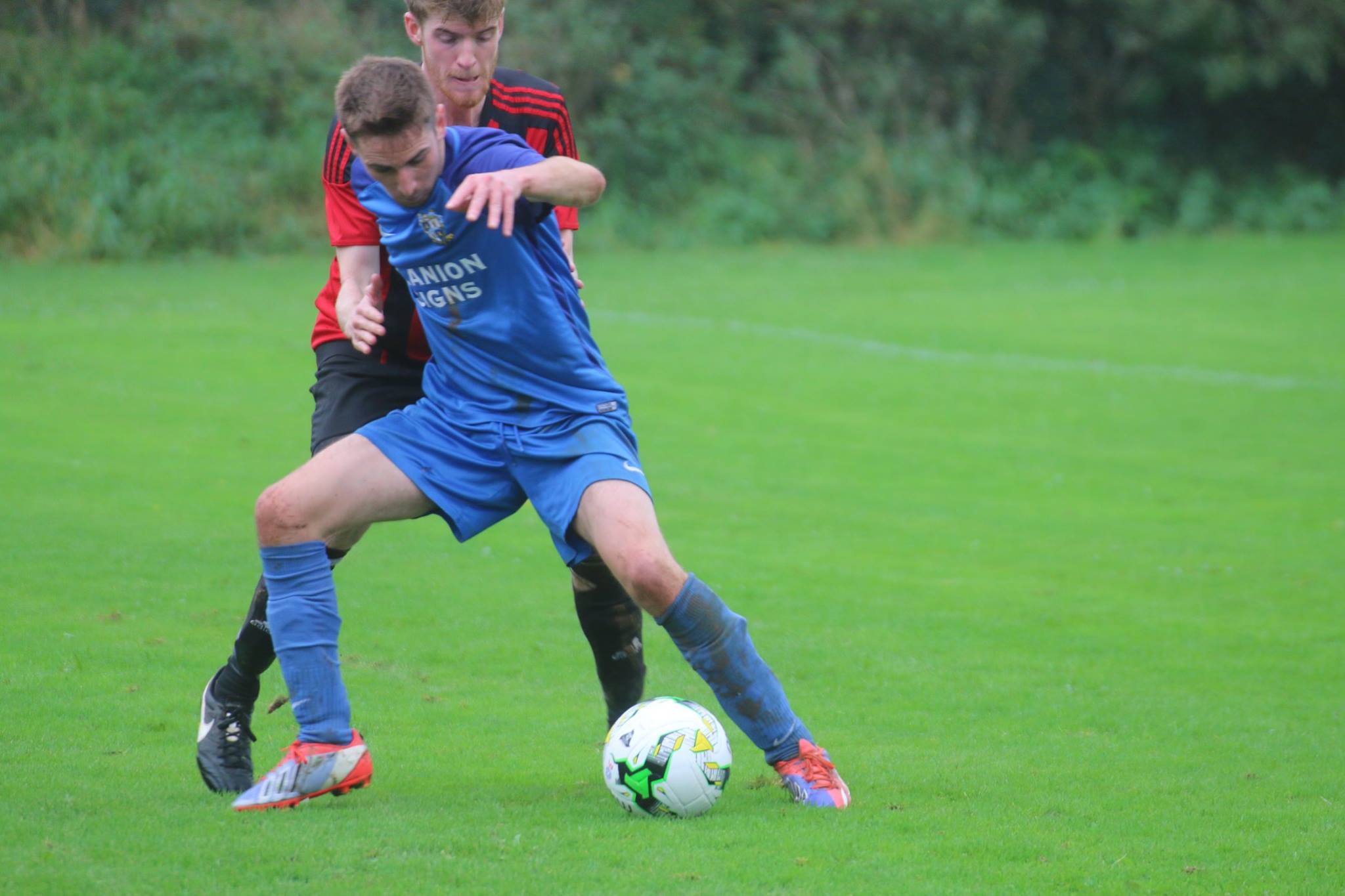 MONKTON Swifts pulled off a shock result on Saturday (Oct 13) as they beat former Senior Cup winners Goodwick United 3-2 to progress to the third round of the tournament.

Storm Callum had done its best to disrupt the football programme but the pitch in Monkton was in excellent condition.

Chris Richards scored to put the Swifts ahead and Ben Steele then slotted in a penalty to put the home side in control.

Thomas Powell scored to give Monkton a 3-0 lead and Goodwick knew they would need to play well in the second half to stand a chance of going through.

Jordan Griffiths had a chance to bring his side back into the game when he was brought down in the box and a penalty was given. However, he was unable to put the spot kick away. Goodwick pulled a goal back early in the second half as Steven Dockerty’s shot was deflected into the net by a Monkton player.

Monkton could have scored a fourth when Steele’s cross across the face of goal just evaded everyone. Steele then also saw a shot saved by the Goodwick keeper.

Goodwick did pull a second goal back though when Lee Hudgell sent a fine long range effort into the bottom right hand corner to make it 3-2.

Griffiths came close late on with a free kick but he sent his effort wide of the post and they were unable to find a goal which would have sent the game to extra time.

It was an excellent win for the Swifts and they will now look forward to their third round tie.

Before that they will return to league action on Saturday (Oct 20) as they travel to Clarbeston Road. Goodwick will look to bounce back when they take on Milford United at Marble Hall.