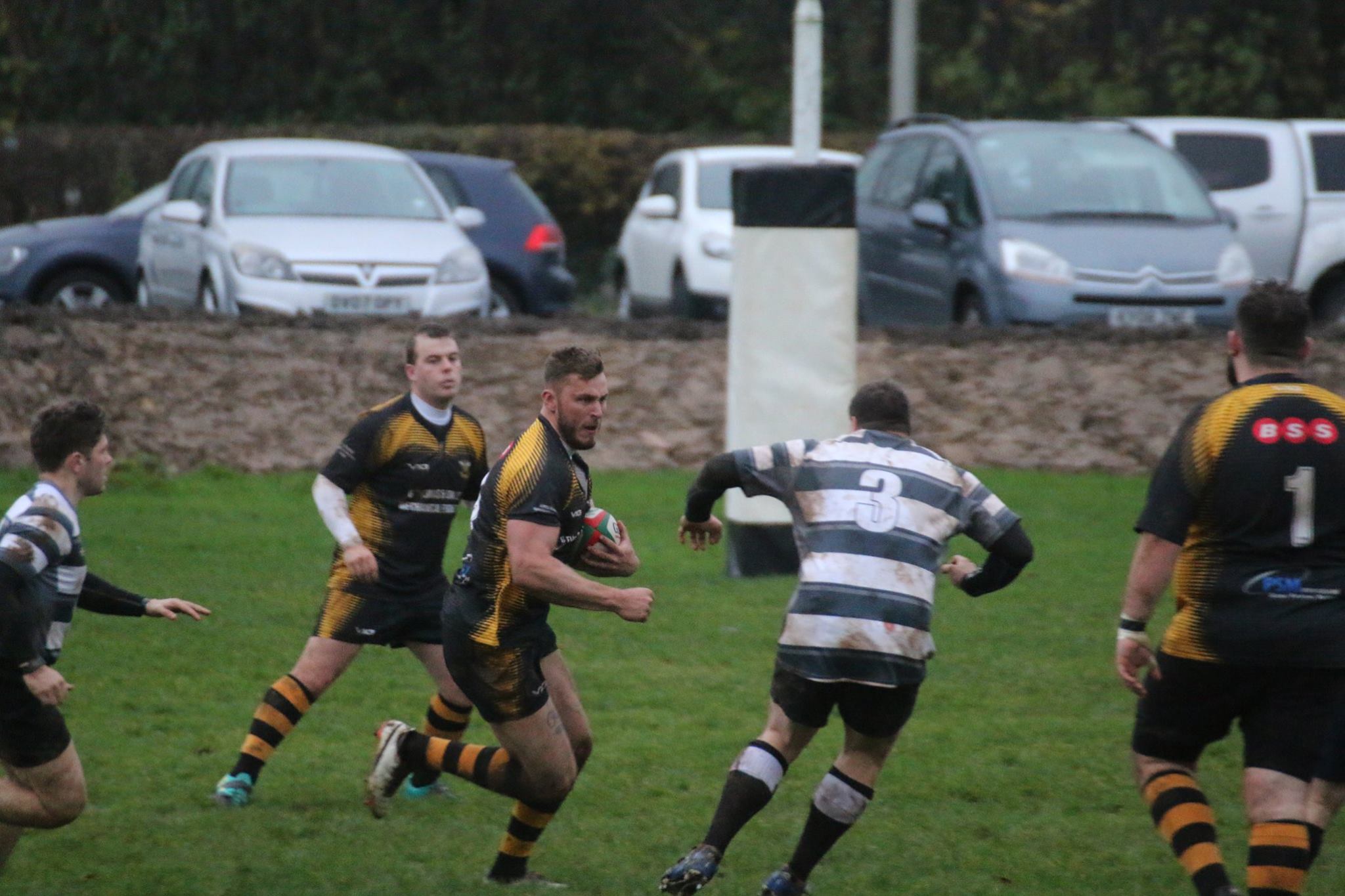 THE Quins are still searching for their first win of the season as the Wasps travelled back over the Bridge with the spoils from a 22-5 win on Saturday (Dec 1).

The Quins, showing nine changes from the previous match against Cardigan, started off reasonably well, but it was the visitors who took the lead with a close range try from Flanker Ashley James. Full Back Luke Hayman missed the difficult conversion.

From then on both teams battled admirably in the gloomy conditions, with the visitors guilty of missing opportunities on at least three occasions to score a try due to pour handling.

The Quins did counter attack with a strong run from Left Wing Liam Smith which could of resulted in a score.

The half ended with the Wasps on the offensive, but with only a slender five point lead, and the elements to face in the second half, would it be enough? The Quins could not have got the second half off to a worse start, dropping the restart, the visitors then went immediately on the attack, which resulted in No 8 Josh Hicks forcing his way over for a try under the posts, Luke Hayman converted to give his side a 12 point lead.

The Quins were now up against it, but they responded well when No8 Hywel Baker forced his way over wide out to put them back in the game. Arran Cookson missed the conversion.

But once again as the Quins were on the brink of really getting back into the game, Llangwm dealt them a cruel blow when Josh Hicks picked up from an advancing Scrum and raced in from fully 40 yards to touch down under the posts, Luke Hayman added the extras to give his side an unassailable lead.

Even the long awaited introduction of Outside Half Ben Hathaway, who had been out for 18 months, failed to change the Quins fortunes. Luke Hayman added a penalty late on which seemed strange as one more try would have given his side a bonus point.