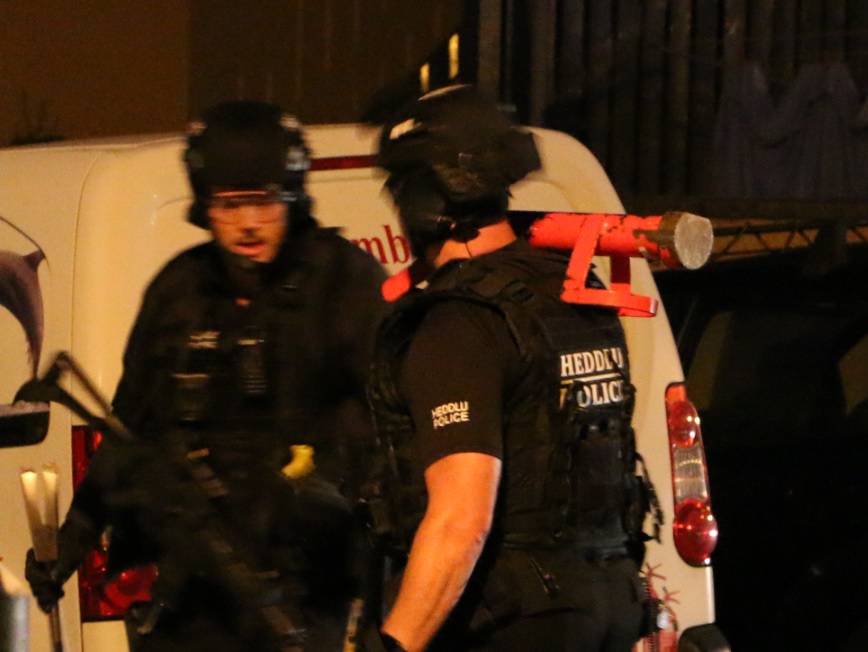 File image from operation on the Mount Estate in June 2018

DYFED-POWYS POLICE were called to the Mount Estate, Milford Haven, on Sunday evening (Jan 6), following reports that a male had a knife in a public place.

A police spokesperson told The Herald: “Police were called to a report of disorder at the Mount Estate in Milford Haven at around 9.50pm on Saturday, January 6.

“On attendance, officers received information that an altercation has occurred and that people who were involved in the incident were still in the area.

“Whilst dealing with the incident, one man became threatening towards the attending officers and was subsequently arrested for a public order offence.

“Cornelius James Harteveldt, aged 25, from Milford Haven was arrested and charged for a public order offence. He will appear at Haverfordwest Magistrates’ Courts on January 22.

“A second man, aged 22 from Milford Haven, was also arrested for a public order offence following an allegation that he had threatened members of the public. He was released with no further police action.

“Enquires are presently on-going to establish what happened. Anyone who witnessed the disorder or has information about what happened is urged to call police on 101.”

It is understood that up to 12 police officers were at the scene of the disturbance.

A witness told The Herald: “It was all kicking off up here, I saw two people get arrested. There was police everywhere.

“There was lots of shouting going on, it was getting quite frightening

“One person had floored a woman, and was arrested – another was arrested because he was calling the police pigs and wouldn’t back down.

“I mean what is the Mount coming to, I’m supposed to live here with my kids.”

Many residents have taken to social media to comment that things are getting out of hand on the estate, echoing the sentiments of our witness, who asked not to be named for fear of reprisals.

In recent months the estate has seen the robbery of a post office van, a resident threatening to use the gas mains to blow up his flat, and several drugs raids with armed police – including police using a new tactic of chainsawing down front doors. 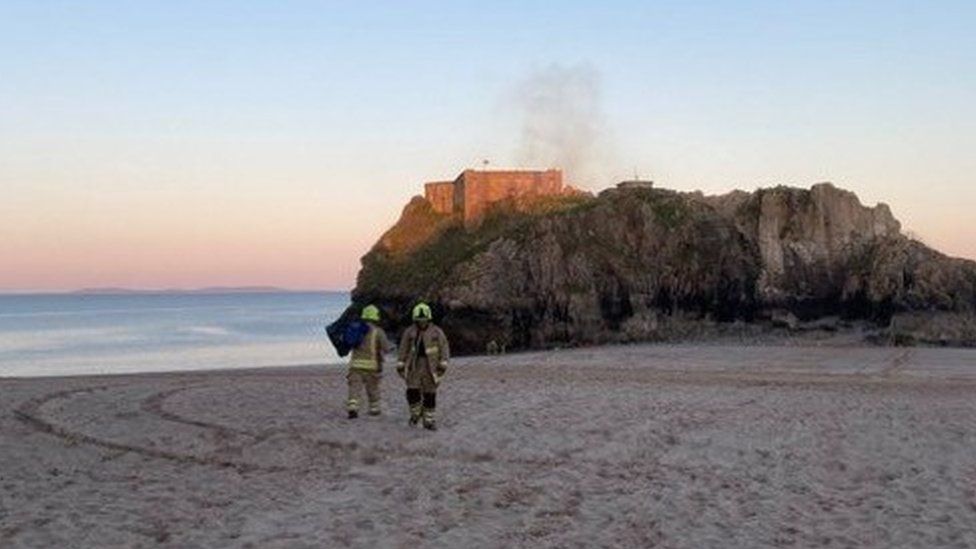