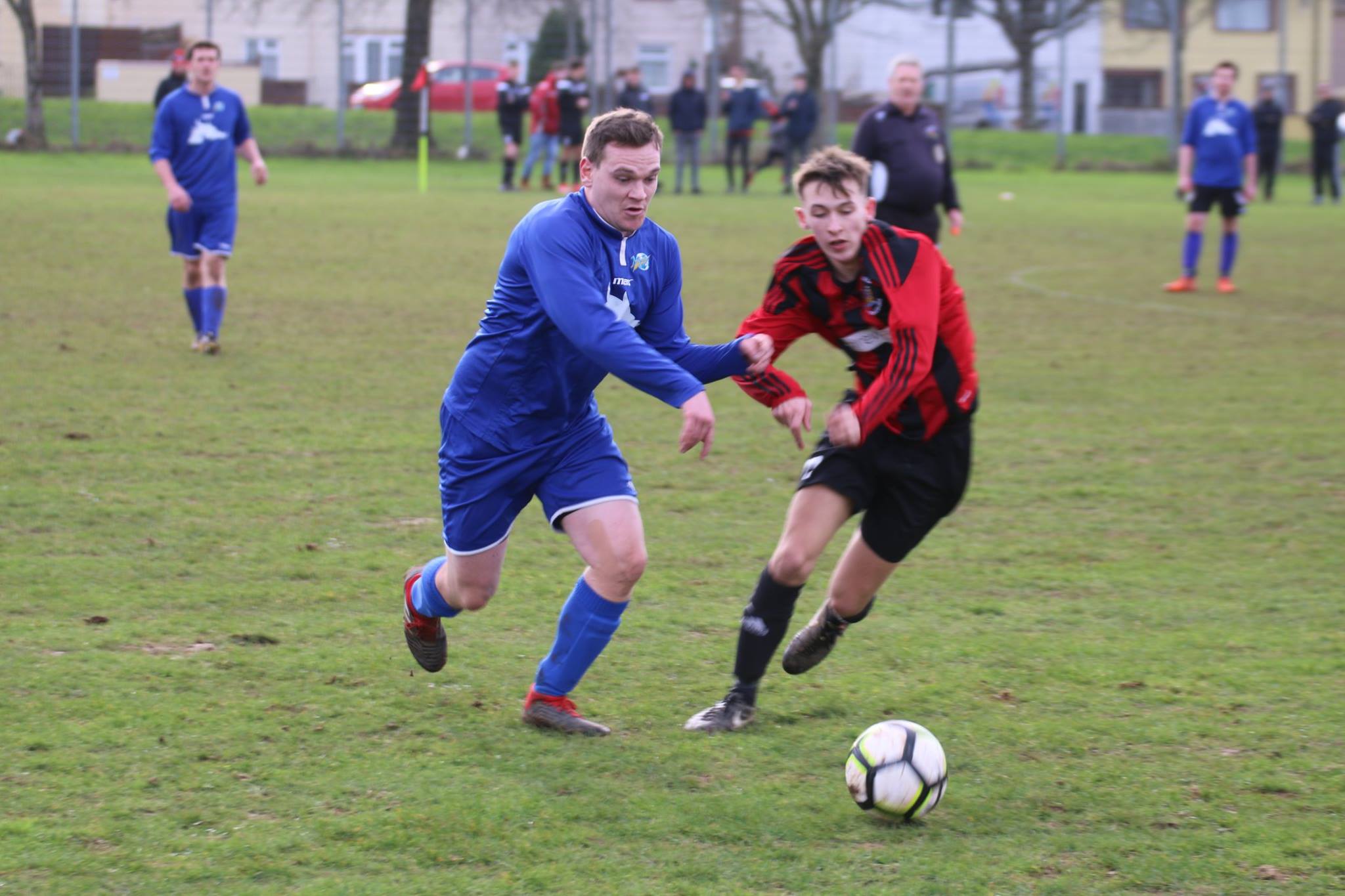 NEWPORT tigers progressed to the final of the Division 5 cup after twice coming from behind to force a penalty shoot-out against league leaders Tenby United on Saturday (Feb 9).

In wet and windy conditions at Bush Camp, Pennar, there was little to separate the teams with a few tasty challenges coming in from both sides.

However, Tenby broke the deadlock on the stroke of half time, Billy Lawrence smashing home the loose ball after a swift counter caught Newport napping. Billy Lawrence: Had given Tenby the lead in the first half

With the wind behind them in the second half, The Tigers upped the ante with several early corners, and the pressure told as Tenby gifted an equalizer after foul play, Joe Rafati-Barham slotting home from the spot.

In an evenly matched game, both teams showed nerves in front of goal with the game petering out in to a draw after normal time.

However, in extra time it was the Seasiders who again resumed control with a breakaway goal, Jacob Hipkiss tapping in from close range after the ball was parried into his path.

Yet, Newport again fought their way back into the game after the turnaround. With some sustained pressure, the equaliser came when a low cross from winger Rhys James found Rafati-Barham who lashed home emphatically from 8 yards.

Tenby finished the game with 10 men after another rash challenge forced Chris Stapleton’s hand, but it was of little consequence as the game went to penalties.

Despite missing their first spot-kick the Tigers held their nerve with Joe Thomas, Sion James, Emyr Davies and Adam Lewis all finding the net and Keeper Kevin Salmon making a great save to seal a 4-3 win.

After a hard fought game the Tigers head to the final, where they face Carew Thirds on Friday, February 22, 7pm kick off at Bridge Meadow.

Newport Tigers are sponsored by The Golden Lion & Llwyngwair Arms