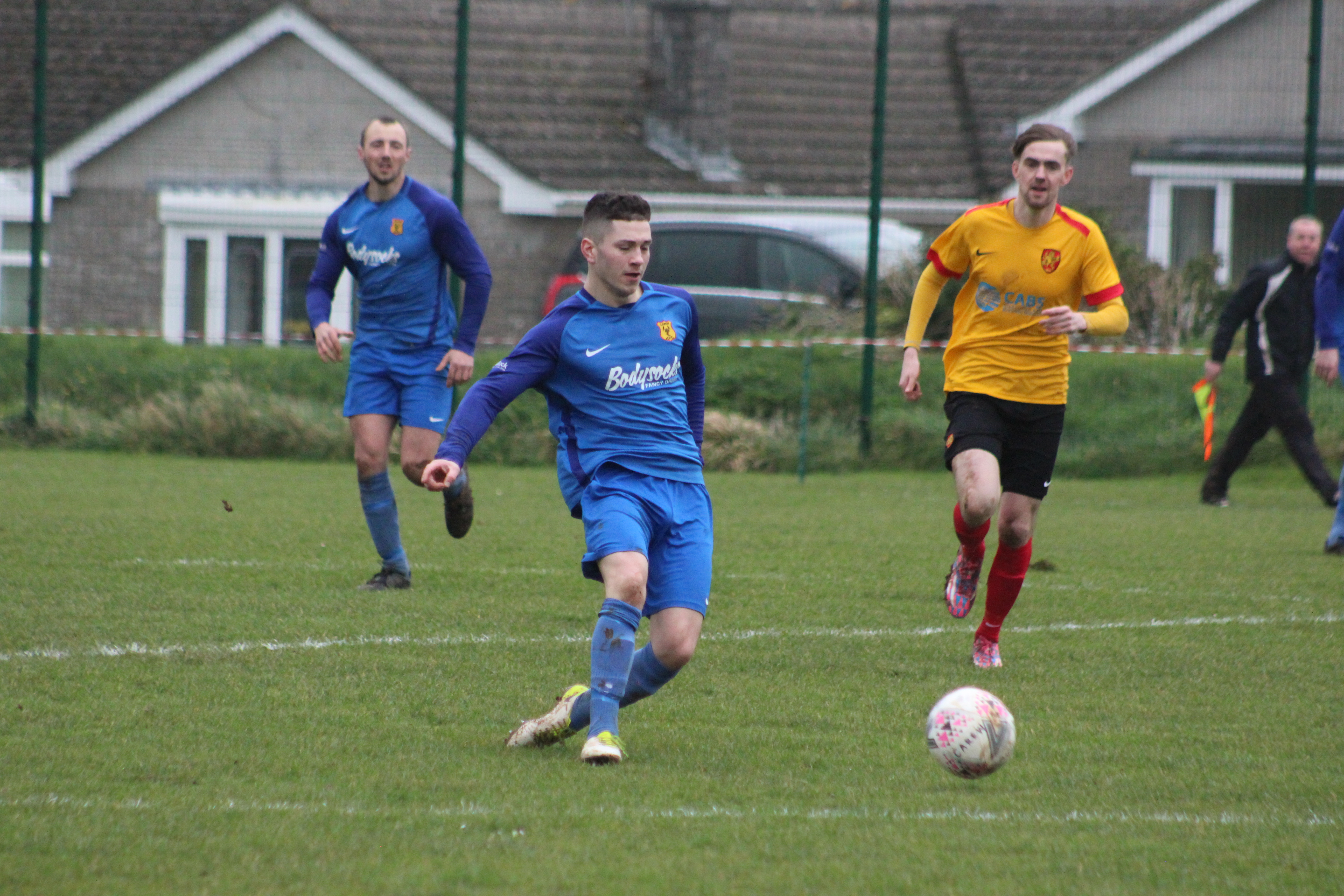 CAREW came from two goals down on Saturday (Mar 2) as they beat Mumbles Rangers 3-2 to reach the semi-final of the West Wales Cup for the second year running.

Carew played against the strong wind in the first half and Mumbles dominated the early stages.

The Rangers tested the Rooks with a series of long throws and they had the first chance of the game when Sam Alchurch saw a shot saved and the rebound was also claimed by the Carew keeper.

Tom Harris then came close for the Swansea League Division 1 side but his shot was blocked by a combination of keeper and defender.

Harris then sent a shot over before Jordan Richards saw his effort blocked over the bar for the home side. Mumbles were piling on the pressure and saw Alex Smith hit the bar before Joe Inman also struck the woodwork with a fierce strike.

Inman was then brought down in the box and the referee gave a penalty which Inman stepped up to take and he sent the keeper the wrong way to put his side ahead midway through the half.

Five minutes later they scored again from a long ball forward which beat the defence and keeper.

Carew then battled back into the game and against the wind and they got a goal back when Jack Christopher headed home from a Shaun Whitfield long throw.

Carew were level just before half time when Sam Christopher slotted in a rebound from a powerful Scott Ferney shot.

The second half was scrappy and Carew hit the crossbar twice from a powerful Jordan Richards free kick and a powerful Sam Christopher strike.

Mumbles then got reduced to 10 men with five minutes left and then to nine a minute later as both players received their second yellows.

Then with a minute left Shaun Whitfield smashed home from just outside the box to put Carew into the last four.

It was an excellent win for the Rooks and they will now look forward to their semi-final tie.

Before that they will return to league action on Saturday (Mar 9) as they travel to Goodwick United.