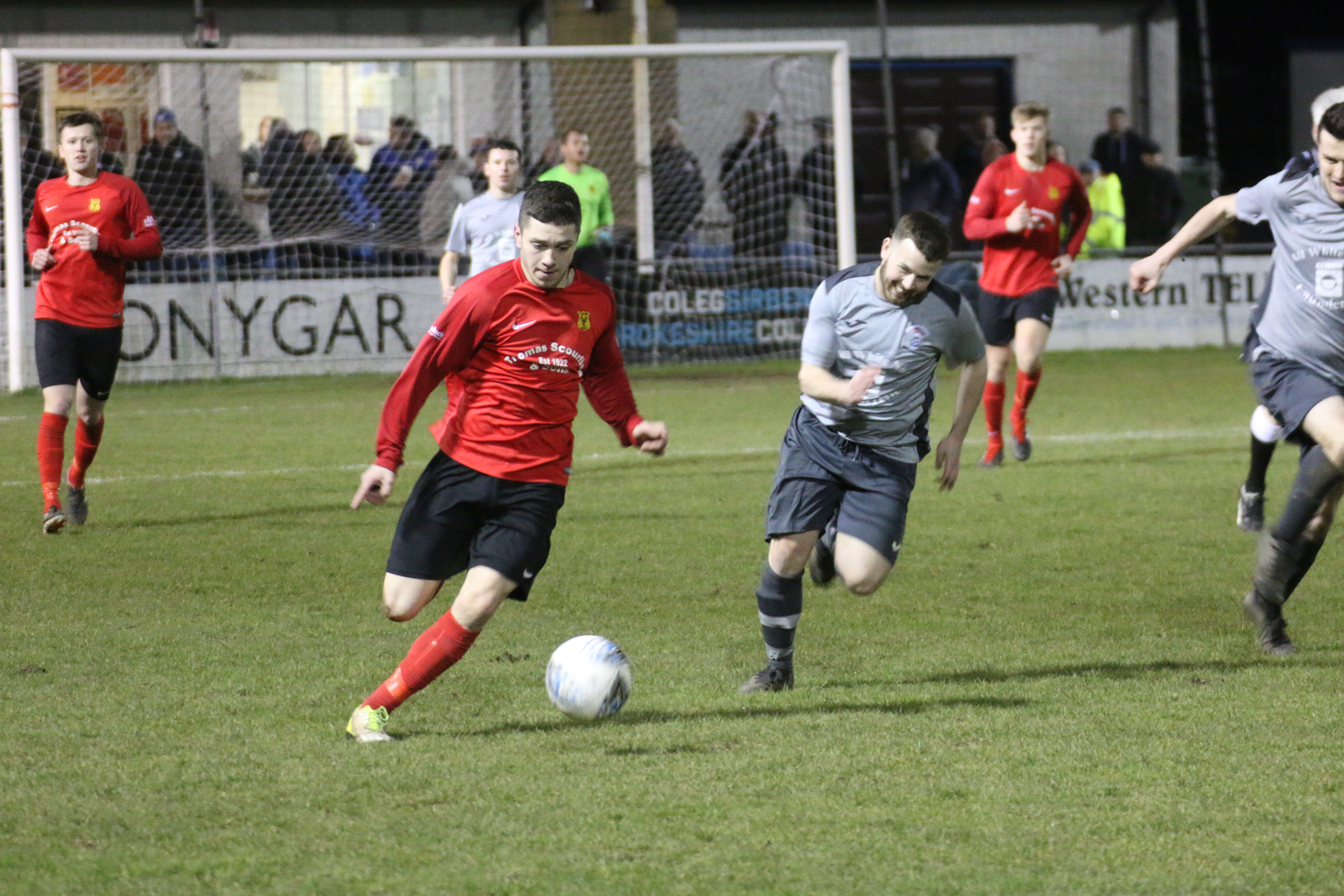 CAREW booked their place in the Final of the Senior Cup for the first time since 2005 as they beat Pennar Robins 3-1 at the Bridge Meadow on Tuesday night (Mar 12).

The Bridge Meadow pitch passed an inspection earlier in the day after heavy rain but strong winds still made it tricky for both sides.

Carew and Pennar were keen to reach the final and although Carew held two league victories over the Robins, Pennar were in no mood to lie down.

Scott Ferney came close to opening the scoring for the Rooks but his effort was well saved by the Pennar keeper.

Nick Willis had an early chance for the Robins but he saw his shot go just wide of the posts.

They were then dealt a blow as Luke Phillips had to go off injured and he was replaced by Rhys Lucas. At the other end Jason Donohoe had to be alert as he cleared a Carew shot off the line.

It was an even game but it was the Rooks who made the breakthrough five minutes before half time when Scott Ferney crossed for Sam Christopher who finished at the near post.

Early in the second half Shaun Whitfield doubled Carew’s lead as a corner fell kindly to him and he knocked the ball in.

The Rooks continued to dominate the game and saw a number of chances go begging.

They were made to pay for those misses as Pennar pulled a goal back with ten minutes to go through Connor Roberts.

His excellent strike from distance curled into the top corner to give the Robins some hope.

That set up a tense finish as Pennar looked to force the game into extra time but Carew had other ideas and they made the game safe late on.

Jordan Richards and Sam Christopher combined well to set up Ferney and he finished well to make it 3-1.

Carew will now play Monkton Swifts or Merlins Bridge in the final with those two playing their semi-final at the Bridge Meadow on Tuesday (Mar 19).

The Rooks have not won the Senior Cup since 1986 and they will be looking forward to the final in April.

Phillips: We’ve got a big match in us