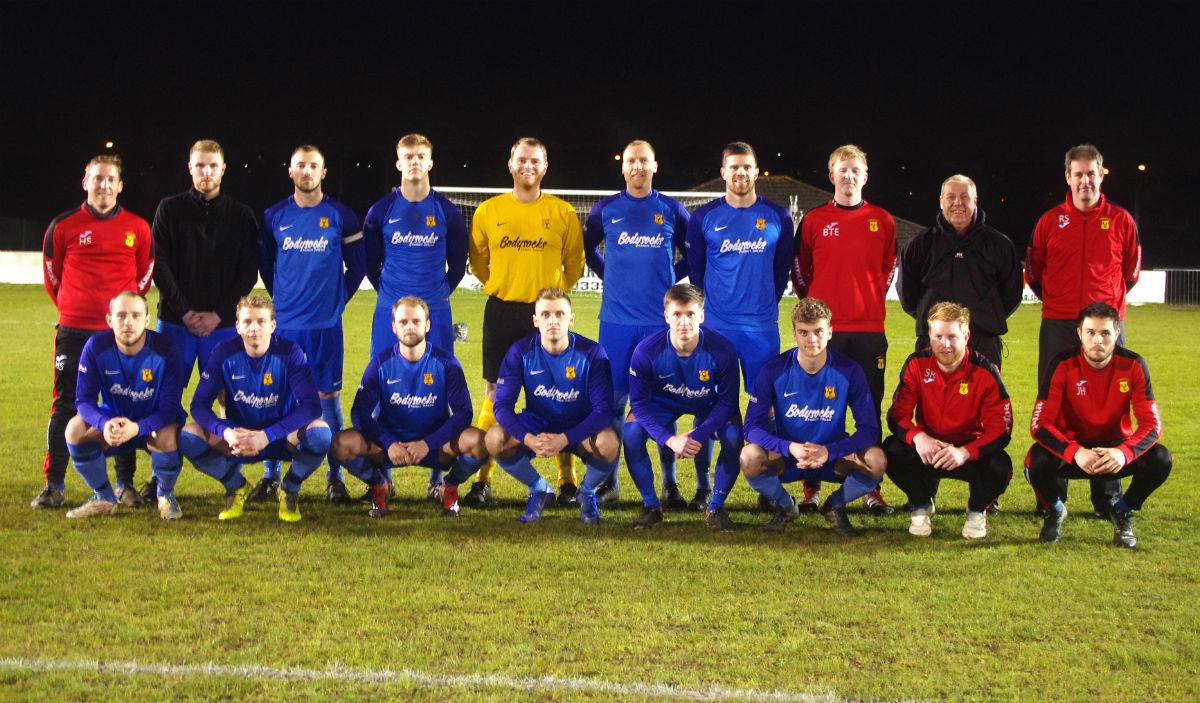 CAREW ensured there would be a first all Pembrokeshire West Wales Cup Final on Wednesday night (Mar 27) as they beat Giants Grave 4-2 at Garden Village.

They will now play Merlins Bridge in the final at the Liberty Stadium on Tuesday, May 7, days after the two sides also meet in the Senior Cup Final.

The Rooks beat Giants Grave 5-2 on their way to the semi-finals in last years competition but were expecting it to be much tougher this time around.

However, the Pembrokeshire side blew their Neath opponents away in the first half, coming from behind to lead 4-1 at the break and that was enough to seal their passage to the final.

Giants Grave struck first as they were awarded penalty after only seven minutes when Iwan Izzard was penalised for a handball. Richard Evans slotted the penalty home.

The Rooks looked to get back into it and they eventually levelled just before the half hour mark when Sam Christopher scored after being played in by Alex Bayley.

Three minutes later Carew were ahead as Lloyd Hughes’ shot was fumbled in by Grave keeper Keiron Hyde.

They were not done there and four minutes after Christopher scored his second to make it 3-1.

Three minutes before half time Carew had their fourth as Hughes rounded the keeper to score his second of the night.

It was an excellent period for the Rooks and one that all but secured their place in the final.

However, they knew they would face a strong fight back from the Grave and they seemed determined to get back into it.

Eight minutes into the second half they did pull a goal back when Richard Evans scored a free kick from 20 yards to make it 4-2.

Try as they might the Grave were unable to add to their scoring and Carew saw the game out.

Speaking to the Herald after the game, assistant coach Jeremy Griffiths said: “It’s a bit surreal, a strange feeling but we are elated. We’ve been building for the last two-three years and we’ve finally got there.

“It’s a great honour for the club, it was our third time in the semi-finals so it was third time lucky for us and we look forward to taking on Merlins Bridge at the Liberty.

“We knew Giants Grave would come at us in the first quarter and they took the lead but they had a little wobble and we took full advantage and we scored some good goals.”