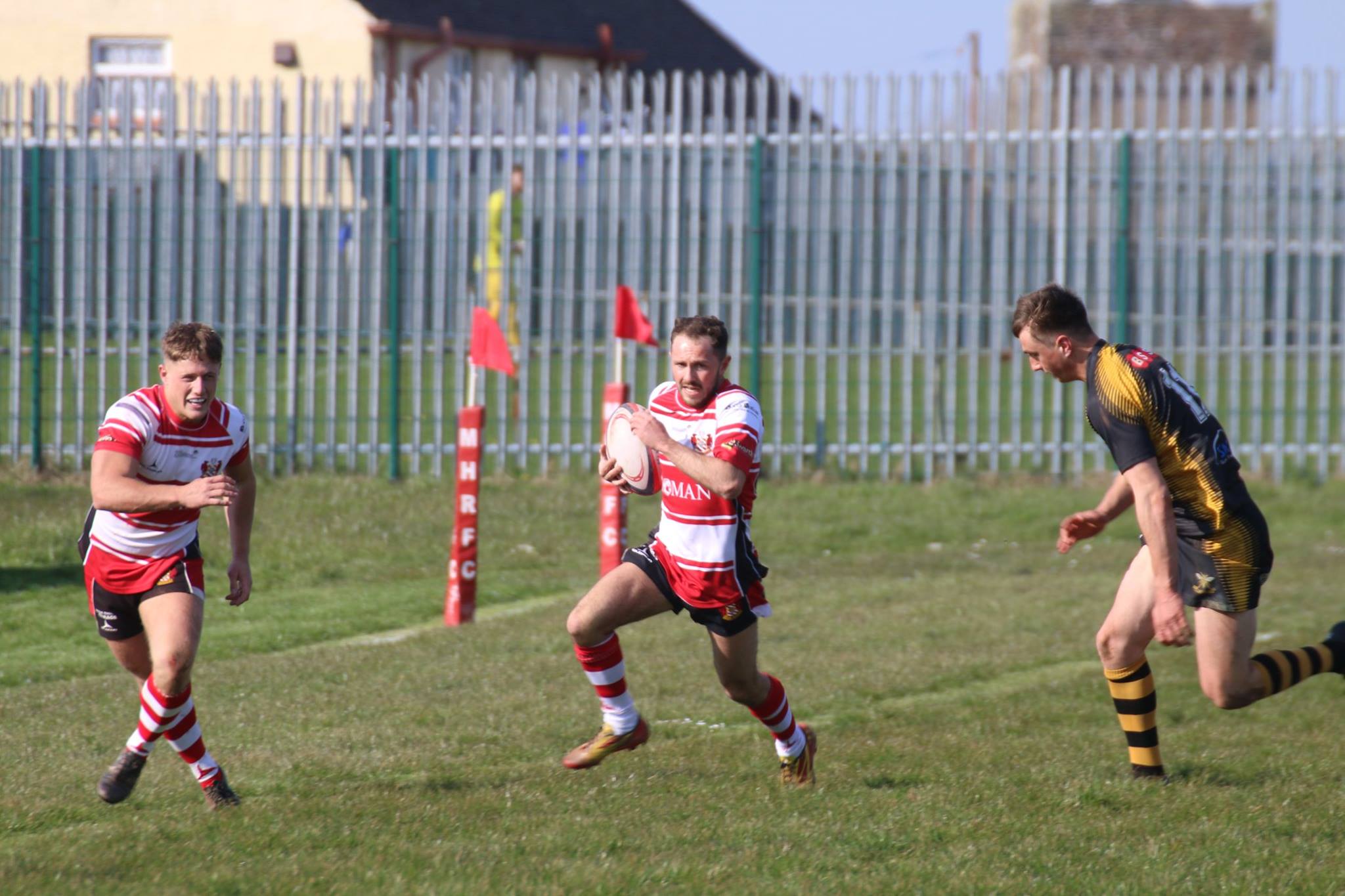 MILFORD kept their promotion push up, with a bonus point win over Llangwm at the Obs on ladies day on Saturday (Mar 30).

However, many in attendance would agree the score didn’t do Llangwm justice.

The visitors really took the game to the league leaders, and dominated up front.

The pack, led by number 8 Hicks and skipper and dominant hooker Gethin Thomas, carried the ball hard at every opportunity and proved difficult to stop.

Milford lost a few to injury in the first half with flanker Ryan Mansell going off injured.

It was winger Joey Lewin who crossed the line first for Llangwm after Hicks carried and offloaded, Lewin finished brilliantly. Soon after James Lewis released Hicks to power his way through for a try in the corner, and the Wasps had shocked them home side.

After the oranges Hicks again broke through and offloaded to flanker Rhys Thomas who crossed the line in style, putting llangwm 17-12 up.

Milford then went uncontested in the scrums, which in credit to Llangwms pack was under massive pressure. Gethin Thomas and Power dominating the scrum.

David Round shone for the home side in the second row, Hayman and Hicks again looked a threatening yet contrasting duo, with batman’s creativity and guile and Hicks power and strength.

However it was Milford’s backs who made sure the quality came to the fore.

A hat trick for centre Dan Jenkins and a brace for Jamie Lewis and a try for Dan Birch and David Round ensured Milford won in style, but they knew they’d been in a game.

Dan McClelland added four conversions for the Mariners who now look to their next game at home on Saturday (Apr 6) to a Laugharne side who now sit third in the table.

Llangwm are also in action as they travel to Llanybydder.