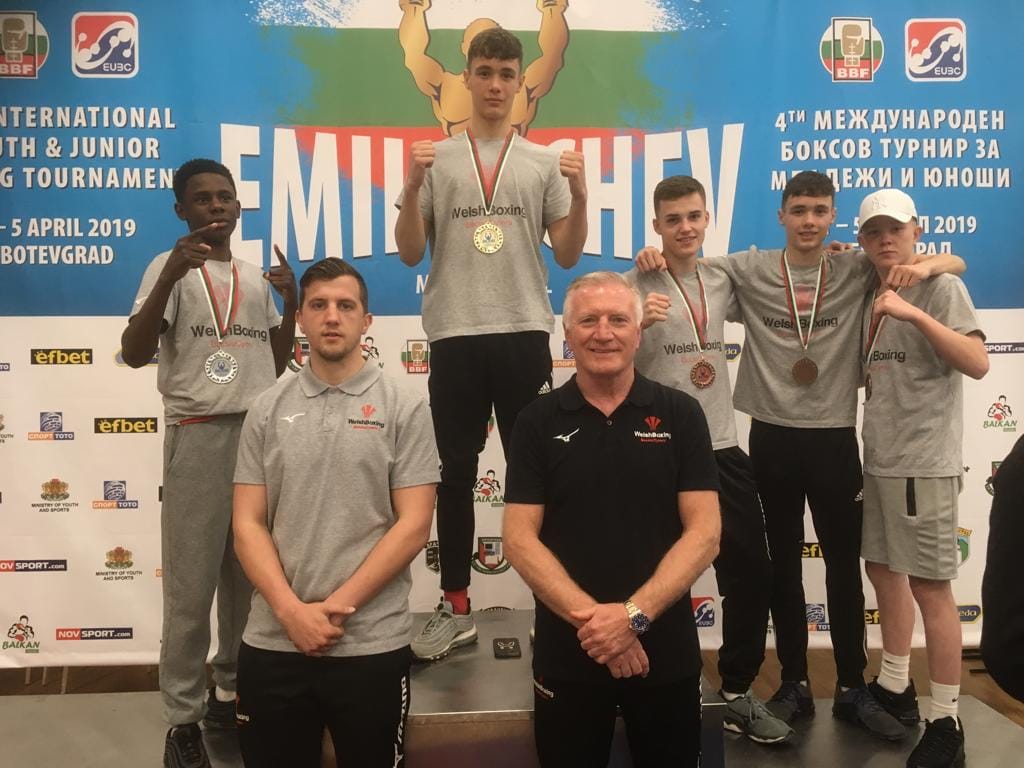 CRYMYCH’S Garan Croft extended his winning streak to 19 contests en route to striking gold in the 64kg division at the Emil Jechev tournament in Sofia, Bulgaria, at the weekend.

The rangy 17-year-old – whose ring exploits tended to be overshadowed by those of his twin brother Ioan earlier in his career – was at his brilliant best as an inspired Wales team also captured three bronze medals and a silver.

Southpaw Ioan had to settle for bronze at 60kg having seemed unfortunate to be on the wrong end of a split decision against Meccado, of the USA, in the semi-finals.

There was no stopping Garan, however. Having outpointed Sabadash, of Ukraine, 5-0 in the quarter-finals, he overcame Almesticu, of the USA, 4-1 in the semis.

The finals saw the Cardigan ABC star pitted against Bromau, of Sweden, in what proved a very busy contest.

The Swedish boy was very mobile but Croft kept to his boxing and put together some classy combinations as Bromau came at him from all angles on the way to a well-merited points victory.

Ioan, meanwhile, outclassed Santini, of Italy, 5-0 in the quarter-finals prior to his disappointing loss against Meccado – a defeat which dismayed the boxer’s dad, Cardigan ABC head coach Guy Croft, following the action from home on live stream.

“Ioan was so unfortunate – I’ve watched the fight twice and still think he should have had the decision,” he said. “He boxed beautifully in a very closely matched fight against the American number one.

“The American was perhaps a bit busier, but Ioan was throwing the cleaner shots and holding the centre of the ring – the Bulgarian judge gave all three rounds to America when in anybody’s eyes Ioan had the third without a doubt.”

The twins are again in action at the Welsh championships in Cardiff this weekend.

Bridge too good for Neyland