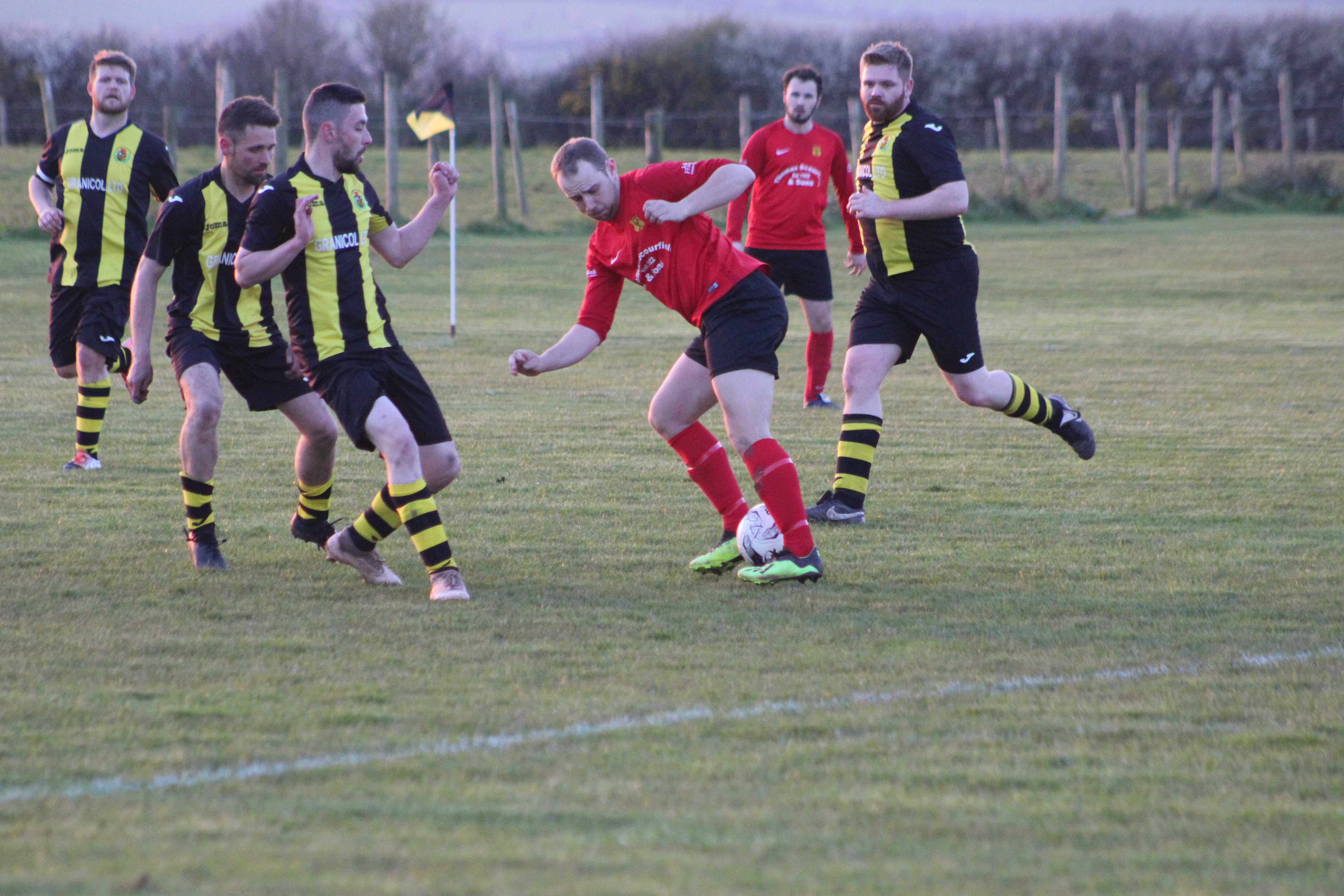 CAREW and Merlins Bridge both earned big wins on Wednesday night (Apr 10), as they closed in on league leaders Monkton Swifts.

Having beaten Herbrandston 7-3 just two days before, the Rooks put twelve past them as the amount of games played began to took its toll.

Jordan Richards took his tally of goals for the season to 30 as he scored a double hat trick.

Alex Bayley doubled his tally of goals to six with another treble.

Merlins Bridge’s Joe Leahy also scored a double hat trick as he helped his side to a 14-0 win over Narberth at the Racecourse.

Will Haworth was also in fine form scoring five times while Nathan Greene was again on the scoresheet.

Richard Hughes and Laurie Haworth also scored as the Wizards closed the gap to leaders Monkton Swifts to four points.

Also on Wednesday, Hakin earned a 3-2 win over Neyland. Ben Aldred was in goal for the Vikings and was unlucky to concede after saving a penalty.

Ollie Hughes and Geraint Rees scored for the Nomads but goals from Justin Harding, Dan Evans and Shane Walsh gave the Vikings victory.

Merlins Bridge now have one game in hand over the Swifts which sees them play Saundersfoot on Saturday (Apr 13).

A win in that game will see them go one point behind the Swifts who they then play on April 24 in a crunch match.

Carew have now played the same amount of games as the Swifts and sit six points behind with two games left to play.

Their next game sees them take on St Clears on Saturday.

Goodwick United can not yet be counted out of the title race as they also sit four points behind the Swifts with two games to play.

On Saturday (Apr 13), they play Hakin at the Obs before their final game against Monkton on April 27.