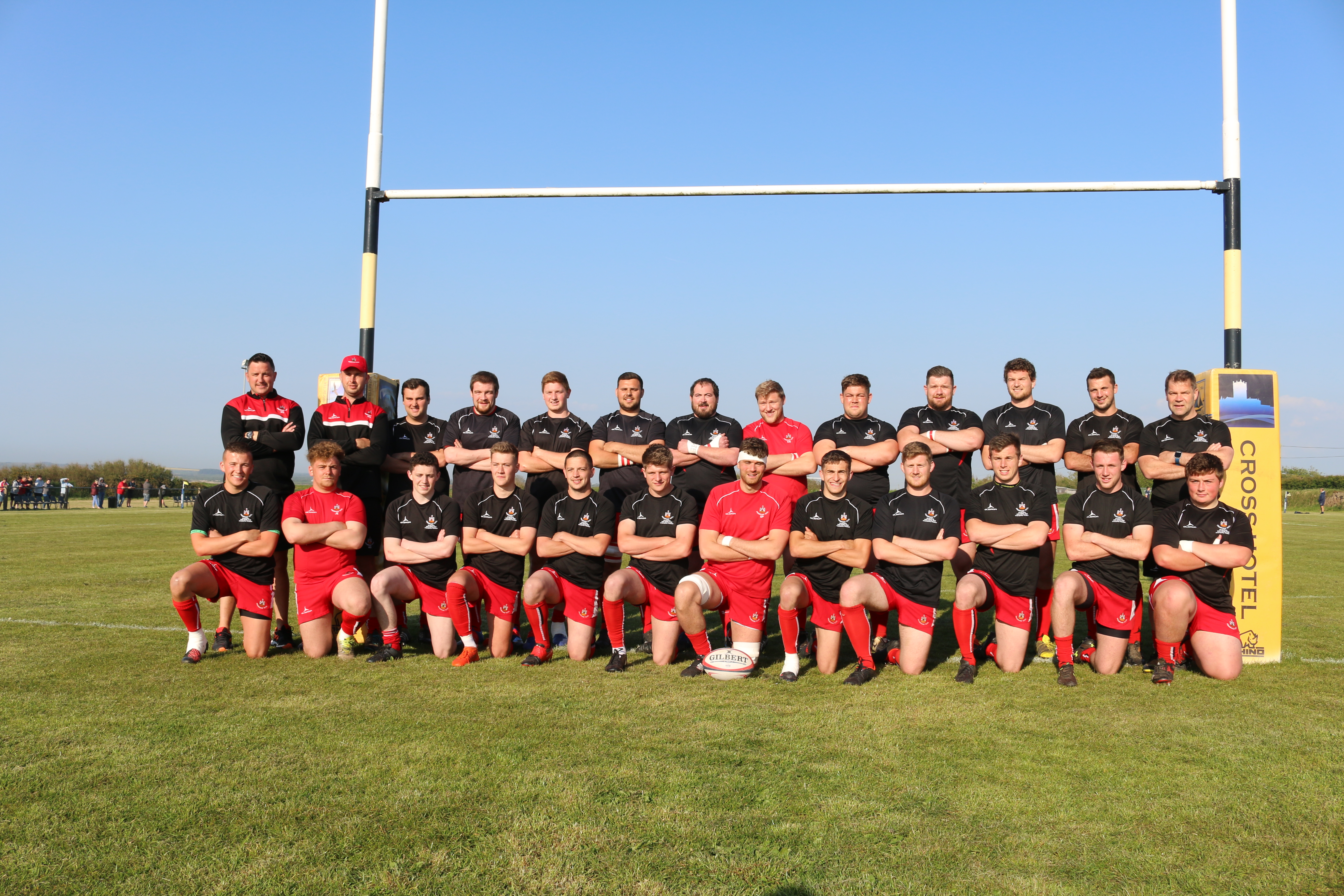 PEMBROKE sealed promotion to League 1 West on Saturday (Apr 13) as they beat Pontyberem 36-25 in a thrilling game.

Going into the game, Pembroke sat three points ahead of their promotion rivals and knew a win would see them go up. A Pontyberem win would have put them second with one game left to play.

A huge crowd gathered for the game in anticipation of a thrilling encounter and that is exactly what they were treated to.

Pontyberem took the lead early on with a penalty but Pembroke hit back.

Jack Smythe took the scoring pass from Tom Lewis to finish off an excellent team try and Toby Smith then added the extras to make it 3-7.

They soon had their second as a good break by the backs released Smythe to score his second try of the game and Smith added the extras.

Lewys Gibby then showed good pace out on the wing to cross for Pembroke’s third try which was also converted by Smith.

Scrum half Gwion Jones then darted over for a try for the home side to give them hope of a second half comeback.

Smith then scored a penalty to make it 8-24 but the home side very nearly scored shortly before the break. After an interception, Gibby got back to make an excellent try saving tackle keeping the score at 8-24.

However, at half time but Pembroke knew they would face a strong fight back from the Bont in the second half.

Matt Meredith scored the first try of the half for the Bont and the conversion made it 15-24.

Pembroke then extended their lead with their fourth try of the game to earn a bonus point as Jack Parkinson made a great break before passing to Gibby to score. The conversion was missed and the score stayed at 15-29.

The Bont then had their best spell of the game as tries from lock Matthew Lloyd and skipper Wayne Williams brought them back to within four points at 25-29.

It was an epic comeback by the Bont but the visitors then took control as Jordan Gwillam offloaded to Dan Colley who scored under the posts and Smith added the extras to make it 25-36.

Dom Colman, James Davies and Simon Stanford all came on in the second half and all put in good performances.

Pontyberem came back in the final ten minutes looking to get back into it but Pembroke defended excellently to keep them out.

Coach Geraint Lewis said after the game: “It was a huge performance, everyone put in a big shift from 1 to 20.

“It was a big result and there was great support as well. We’re looking forward to League 1 now. It’s fantastic for the club, it’s been a tremendous two years. We got promoted last season and we were hoping to cement our place in League 2 but we’ve only had two losses in the last thirteen games so it’s been a hell of a run.”

Pembroke now have one game remaining, away to St Clears on Saturday, April 27, and it is still possible for them to win the league.

However, should they win, that would mean them relying on a Penclawdd loss against Pontyberem but coach Lewis said he wasn’t concerned how they go up.